Forget jump scares and loud and sudden noises. These stories are even more terrifying off-screen.

Who doesn’t love a good scare? I mean, what’s more thrilling than cutting the lights, cranking up the sound, and peaking through your trembling fingers at a good horror flick? Well…there might be one thing: their scripts.

Some horror scripts have so much to offer in the fear department, so much, in fact, that the scripts themselves end up being more terrifying than the actual film.

Whether the final product was a bone-chilling fright-fest or a lukewarm snoozer you could take your grandparents to, here are 10 horror scripts that are scarier than the movie!

No one’s arguing the utter terror of moments like the film’s introduction to Annabelle, or the creepiest game of “hide and clap” ever. But the script of The Conjuring stands apart for its storytelling, and for the original ways it set our teeth on edge. From Sadie’s visceral fright and the disturbing silence before discovering her death, to the fact that Ed and Lorraine Warren’s seminar was about a more believable trauma victim, it’s clear that the script had a lot of visuals and sounds in mind that were replaced or altered to fit the vision we see on screen today.

While isolation and animalistic humanoids haunting a post-apocalyptic landscape make the film an impressive, high-stakes story, the script is something else entirely. Dramatic desolation and heartbreaking moments, like the necessary death of Sam the dog, are replaced with self-sacrifice and a powerful showdown with an animalistic band of cannibal creatures called Hemocytes, a civilization of blood-drinking mutants that are all the more frightening for their intelligence and presence as true villains, rather than victims rendered mindless by an experiment gone wrong.

While there are elements of the disturbing marriage between machine and creature in the mature xenomorph we know and love to fear, this movie is one of the few in the Alien universe that has played down that biomechanical look. Between that toned-down aesthetic (an aesthetic that is mentioned a lot in the script), the change in location, or the game-changing motivation and exposition we see displayed in the opening scenes of the screenplay, it’s clear that AVP had far more horror to offer in the script than in the film.

Screenplay by Matt Greenberg, Scott Alexander, & Larry Karaszewski (based on a short story by Stephen King)

A film that was meant to replicate the horrifying insanity of the original Stephen King story proved less scary when brought to the screen — as it was more a life-or-death struggle, a survival movie in some respects, rather than a horror. It still used visuals to great effect, even creatively carrying ideas to the big screen, like the deafening silence that comes after the room’s clock sets its ominous timer. But the most ominous thing is the ending — in that while the theatrical release has its own measure of bleakness, the ending from the script is far more unsettling.

Two words that come to mind when thinking about Guillermo del Toro’s work: visually stunning. Even in his screenplays, he plays with conventions of what one sees to build images like only an artist can; however, the script of Crimson Peak plays into the question of insanity much more so than the question of supernatural happenings, with most scare cues being a part of protagonist Edith’s self-denial and as a result of her connection with the ghost of her mother. As a visual masterpiece, Crimson Peak on screen makes many of these haunting elements more solid and apparent, and in that way, the script’s ever-present notion of waning sanity is part of what makes it more horrifying.

One of the most stirring transformations in a movie about Infected (some of you still call them zombies) happens in 28 Days Later — and if you haven’t seen what happens to poor Frank in his final moments, just know it’s all the more sweat-inducing when you’re reading it. While the movie’s transformation is a bit more abrupt (Infected can turn very quickly indeed), Frank’s transformation in the script is a bit more drawn out, with the realization dawning on him in the most beautifully sadistic way a writer can muster.

Okay, so it’s not a movie, but Stranger Things has become a modern horror staple that pays homage to the 1980s and classic horror film traditions. But would you believe the script does an even better job of setting up a realistic setting for the dangers in place? What if I also told you that certain scenes, like the iconic opening, are even better and more disastrous and foreboding, in the written version? The next time readers are in the laboratory, instead of seeing a mass of black cancerous growths on the wall, we see footage of that horrifying figure Will sees before disappearing — an image that makes the story more horrifying in type, if you ask me.

It’s not just the visuals or the differences in the story choices that happen on screen. The script for Annabelle has a distinct writer’s voice (that’s Gary Dauberman) not present in other films like it — with personal asides to the reader that beautifully emphasize the horror-filled tension, the pregnant silences, the otherwise unseen things that go on in the background, foreground, and everywhere else. Reader, beware: this script speaks to you. For real.

There’s something piquant, visceral, and deliciously complicated about a script that takes place in one location the whole film. Much like the film, Buried takes place inside a coffin with protagonist Paul Conroy — but the screenplay does more with feelings like exhaustion, discomfort, or the trickle of sand than anything you see on the screen. Both are indicative of a claustrophobic horror film, but only one delivers in the most tactile way possible.

While the final script you see is one that’s more faithful to the narrative of the movie itself, Final Destination was originally not all full of “accidents” (intricate enactments of dark fate) killing the survivors of the doomed Flight 180. Instead, Jeffrey Riddick’s original screenplay had survivors choosing to kill themselves to escape the feeling of torment in each individual case — which would have robbed the franchise of elaborate, fateful kills making the movies so recognizable and entertaining. Yet, mental anguish and inevitable suicide are scarier ideas in some ways, wouldn’t you say?

However they are made, these scripts evolved into films that have made it to the big screen, and in each case, something in the original medium of ink and paper makes the story scarier. Whether the story changed into a different genre, or whether other qualities made it a great horror film, they’re all worth a read, and they can all be found in The Script Library. So get reading, and get spooked! 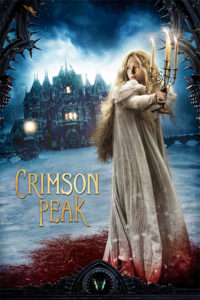