You’ve all seen them. You’ve spent the night at a friend’s house and cowered behind a home-burnt bag of popcorn or watched all alone in your parents’ TV room (back when we had TV rooms, right?). You’ve delved into the darkness that only a movie can provide, and you maybe even came out on the other side a little worse for wear.

That which scared you on-screen had an origin, though: someone wrote those creepies and crawlies into the narrative in script form before you ever got to see them in such horrifying detail. So, let’s take a look at some of the most iconic, dreadful monsters in cinema, as well as how the writers made them so haunting.

Let’s start with something a little more traditional: the vampire. Yes, of course there are dozens, if not hundreds, of various vamps we could vent about, but while some have an imposing presence, and others sparkle, there are very few that are as creepy and downright horrifying as those portrayed in 30 Days Of Night.

One of the main reasons for this, of course, is that as the creatures become known to the audience, they first are like shadows, and described as such, flitting through the night with no trace of them but the ripped throats they leave behind. Armed with their own language of snarls, gaping mouths, and the strength of pure-blooded hellions, these creatures are devastating enough to make audiences shriek. And just think: they’re planning to kill with abandon while the sun goes down for a month.

Okay, so maybe there are other things about Alien that stand out to you, like the unsettling Chest-bursters, or even their disturbing larvae, known to fans as Face-Huggers. However, the creature that is truly iconic and horrifying in Ridley Scott’s horror opus is the daunting figure known as the Xenomorph, the adult form of the same titular extraterrestrial.

Even the name is unsettling, as it means “foreign form”. But what makes the Xenomorph so terrifying from its first appearance is the reactions of the Nostromo crew: describing how large it is, discussing its invulnerability at length, learning it travels through the freaking air ducts, and even seeing it exercise extreme patience and stealth at seven feet tall. That, my friends, is a monster.

Ready to get the heebies? Read The Thing. It’s not your general monster story, and you’ll know that if you’ve seen it. Why? Because the monster is not entirely tangible in the way you’d expect. In fact, the Thing goes by unnoticed at first, apart from its bloody wake, due to its ability to take on the body of a host. Only as the story progresses does the Thing itself take a more specific form, with its talons or that “iron-strong tongue” that erupts from Palmer’s body.

Want more proof that this parasitic alien life form is a horror staple? Read about the unearthly screech it gives. We first learn about that screech in a terrifying black box recording from a Norwegian group of scientists, but if you watch the film, you get to enjoy that same awful noise when the “mutant” host Bennings is discovered. With all the disturbing things that make the Thing so formidable, this script’s monster is a masterpiece all on its own.

Okay, so, maybe you don’t know this from the title and the heading above, but David is a werewolf. Only, he doesn’t believe it. Not one bit. And that, my friends, is the most dangerous type of werewolf you can find. His denial, his cavalier attitude, and his undead best friend’s numerous unheeded warnings make David Kessler very dangerous and very tragic.

But more than that, even the script (which is near impeccably true to the film) defies you to “see the werewolf clearly” in most parts of the narrative. It’s flashes of “demonic features”, rather than a full, hairy picture, and though it’s meant to be wolf-like, the described savagery and the brutal transformation itself make David’s plight and his alter ego enough to make even adults flinch when reading.

Two words: pack animal. That’s right, raptors, or the “velociraptors” of Jurassic Park, to be exact, are known for their intelligent, well-planned ambushes, many of which happen in the film. In fact, from the very first time we see them fully in action (in the third act, mind you), these devilish dinosaurs are working in tandem to kill and trap the human denizens of the island amusement park. What fun, am I right?

Here’s another thing that makes these creatures stand out: the fearful reverence for them that is shown throughout the narrative. While the raptors don’t make their actual appearance until much later, Dr. Alan Grant and many other professionals in the story make a point of not only pointing out how smart and dangerous they are but also in how the Jurassic Park personnel keep asking about the raptor fence in particular, as if it’s somehow their biggest worry. You don’t have to wonder why, if you read on.

Nature is one thing, and it’s often brutal. But what about when nature’s freaks come out to play? Jaws is a story about a Great White shark that grew a bit too big. Not so big, mind you, that it’s unreal. No, the scariest thing about Jaws is that a man-eater of this size is technically possible. It’s just kind of freakish. However, the thing about this freak of nature is that it’s written to be unrelenting.

Like a hurricane, this forceful presence doesn’t stop for anything, and it even seems to be omnipresent when the action picks up — with every other angle catching its fin, its toothy grin, or its beady black eyes in a play-by-play that unsettles even the most adept swimmers and boaters. Jaws will always be the monster you still watch out for when taking a day out on the open waves.

Black Phillip (a.k.a. The Devil), The Witch

Old Scratch himself made it into this one. Are you surprised? The Devil plays an important role in the narrative, and although his name is only mentioned rarely, his presence is felt strongly when we see possession, but even more so with the visions of the Witch that supposedly wreaks havoc on Thomasin’s family before they start blaming her for their woes.

Before Satan reveals himself, it’s through this unseen influence and these apparent supernatural disturbances veiled as misfortune and lies that the audience is horrified. In some ways, you see humans act on the part of this evil, as they tear at each other, each believing that the other is doing them harm. Then, when we see partial revelations of Satan himself, it’s all the more horrifying, because what we don’t see, we can’t fully comprehend — making this Devil character fearsome and intimidating indeed.

There’s something about the written word that’s evocative enough to titillate the senses in ways the screen sometimes won’t. That’s why it’s important to learn from these scripts — their monsters have made it into movies and have proven so iconic, so memorable, that you might just continue quaking long after watching the film.

Each one is somewhat different, but what they all have in common is that they are the stuff of nightmares, put on paper, ready for you to read and enjoy. If that inspires you to put together an eerie or heart-pounding monster story of your own, that’s all the better! 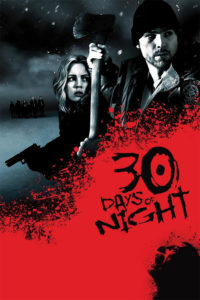 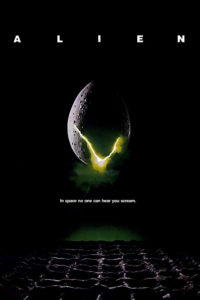 An American Werewolf In London 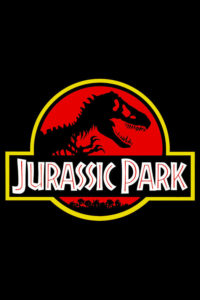 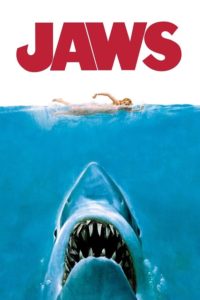