Most screenwriters toil away in relative obscurity, happy for a chance to see their words brought to life on the screen. Then, there are those who continually produce work with an undeniable style that becomes synonymous with their name. Ephron, Ramis — Sorkin.

Few screenwriters have the talent, tenacity, and good fortune of becoming a household name. It takes years of failure for a shot, but if you work hard and smart enough — you’ll be more than ready to come in the clutch. Aaron Sorkin is one of those screenwriters who has the ability to knock it out of the park every time he comes to bat.

Sorkin studied musical theater at Syracuse University under the tutelage of famed theatre teacher Arthur Storch, who challenged Sorkin with the statement, “You have the capacity to be so much better than you are.”

When asked how, Storch told him, “Dare to fail.”

He’s been carrying on that mantra ever since, and a lot of his characters face the same kind of odds. Sorkin gravitates towards milestones and turning points in history by focusing on characters standing at the precipice of social change, often facing enormous pressure from governing powers.

His writing style has become indistinguishable from his name. With roots in theater, he considers his style as physical in nature in that it features a “walk and talk” exchange of sharp dialogue, memorable lines, economical story pacing, and in-depth character exploration that have all become staples of Aaron Sorkin’s work.

Here are some of the screenplays that best showcase Sorkin’s distinct style.

Having scraped by in New York City as an actor and playwright while working odd jobs for years — his hard work eventually paid off. His first play was staged at his alma mater, which was followed by Hidden in This Picture, which debuted in an off-off-Broadway basement theatre bar. The quality of his first two plays helped him land a theatrical agent, and a producer hired him to develop his one-act play into a full-length play.

He had the idea for a new play, a courtroom drama titled A Few Good Men, after speaking to his sister, Deborah, who was traveling to Guantanamo Bay to defend a group of Marines who nearly killed a fellow Marine in a hazing incident. Sorkin took this initial idea and ran with it, writing ideas on cocktail napkins while working as a bartender at the Palace Theatre. He’d return to his apartment and type up the pages on an old Macintosh.

Sorkin sold the film rights for A Few Good Me before it premiered on Broadway, and began a collaborative friendship with Rob Reiner and William Goldman at Castle Rock Entertainment while rewriting the script. This would be his first script that’s structured around the judicial process and it certainly wouldn’t be his last. The film was a box office success and Sorkin delivered one of the most memorable lines in the history of film.

The West Wing was Sorkin’s second foray into television after Sports Night. The West Wing carried on the tradition of rapid-fire dialogue from the latter. The long shots of characters walking from one location of the wing to another while talking excitedly became the show’s signature style.

Most of the action takes place inside of the Oval Office and The White House, which gives a physicality to the space like a theater set. With a static location like The West Wing, it’s up to the characters to drum up enough drama for some sizzle. In Washington, that shouldn’t be too much trouble.

The Trial of the Chicago 7

Sometimes, the timing isn’t right until it is. The Trial of the Chicago 7 is no different. Sorkin wrote the screenplay in 2007 with Steven Spielberg initially attached to direct. Then the WGA Strike hit and Spielberg dropped out over budget concerns. The script waited for its turn, gaining heat then getting cold again until Spielberg saw Sorkin’s directorial debut, Molly’s Game, and convinced him to direct it.

Sorkin was still in post-production when anti-police brutality demonstrations swept the country after the murders of George Floyd, Ahmaud Arbery, Breonna Taylor, and so many more. When the film debuted, it couldn’t have come at a more defining time in America. It allowed us to look at our past and see that we haven’t made nearly enough progress.

Aaron Sorkin framed the screenplay around the real events of the trial by using testimonies, court transcripts, and historical research as inspiration. The narrative is linear in both the past and present, but the timelines jump back and forth according to witness testimony.

Molly’s Game is Aaron Sorkin’s directorial debut and was adapted from the 2014 memoir of the same name by the real-life protagonist, Molly Bloom. The narrative is told through her perspective with voiceover. The fast-paced action is broken up by interrogations and legal dealings, all the hallmark staples of a Sorkin screenplay.

Sorkin has proven to be able to deliver strong biographical crime dramas that are able to simplify complex operations. Molly’s voice-overs help explain what she’s seeing and learning. As she learns about the game of high-stakes poker, so does the viewer. It’s an active viewing/reading experience. Molly learns how to play the players, which leads us into our next script.

Moneyball was originally written by Steven Zaillian, who has written iconic works such as Schindler’s List, Mission: Impossible, Gangs of New York, to name a few. The screenplay was adapted from Michael Lewis’s nonfiction book Moneyball: The Art of Winning an Unfair Game.

Sorkin was hired to rewrite the script, but he would only agree with Zaillan’s blessing. Respect. They worked on separate drafts and produced a script that adds humor and excitement to an otherwise boring endeavor.

It’s not necessarily a script about baseball, but more about the analytics and how to outplay the game. In the same way that Molly found ways to manipulate men into spending massive amounts of money to the point of financial ruin, the introduction of Sabermetrics into baseball revolutionized the game without anyone being the wiser.

Sorkin received a fourteen-page book proposal from Ben Mezrich’s publisher for his 2009 book The Accidental Billionaires and said yes on page three.

“It was the fastest I said yes to anything.”

What attracted him to the story wasn’t necessarily the invention aspect or the fame, but the relationships between the main players. The loyalty and distrust and betrayal. He built the structure of the narrative around depositions and testimonies made by those involved. The deposition room is used as a framing device in order to tell the story chronologically through three different perspectives.

If you read the pilot for The Newsroom, titled We Just Decided To, you’ll notice that the famous opening monologue is missing. Jeff Daniels spoke with GQ Magazine and said that Aaron approached him two weeks before the shoot. They couldn’t just talk about what happened, they had to show what happened when Daniels’s character Will McAvoy delivers a searing three-minute monologue.

So Sorkin wrote the monologue and Daniels went on to say that it not only saved the show, but it saved his career.

“That was the speech I had been waiting 35 years to do,” Daniels said.

We all hope to write that one line that is repeated in jest, “You can’t handle the truth!”

Or write that seminal piece that an actor has trained his entire life to conquer.

Aaron Sorkin did all of those things and there is still so much more to come. For now, we can only study and praise a living master in hopes that his genius will sprinkle a little pixie dust onto our own pages. 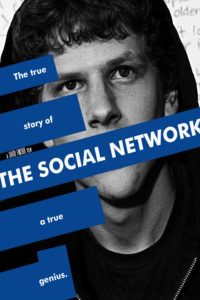 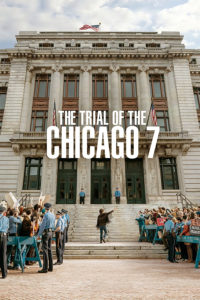