What’s a Cliffhanger, and When Should You Use One?

Learn how to use this heart-pumping plot device like a pro.

You have to keep your audience on the edge of your seats, right? That’s what they all say, anyway. In television, cinema, and of course, even other narratives like the good ol’ written word, there are times when a story commands the full attention of an audience by using its leveraged events to leave something important unresolved. People expect the opposite, in most cases: they are conditioned to see the important things get resolved within a story, for better or for worse.

Timeless tragedies like Hamlet and episodic comedies like Futurama or The Office have that in common, however different they all may be otherwise. But, because resolution is what’s expected, there are times when leaving something unresolved proves both titillating and satisfying for viewers. Those times are called “cliffhangers”, and you’ve seen them plenty.

Let’s go over what cliffhangers are and how you can use them to give your audience a thrill in your own screenplays.

Cliffhangers in Film and TV

To illustrate the way that cliffhangers are so prevalent, it’s important to look at examples of the cliffhanger ending, the most poignant and popular type of cliffhanger. In film and TV alike, there are plenty of examples to choose from, but these are a few of the memorable ones that have sat with audiences long after they were first seen, like:

There’s a science and an art to the act of leaving things unresolved in a story. Supernatural’s Season 1 finale accomplishes an even more striking effect in that in the last minute, the Winchesters are T-boned by a demonic trucker, letting viewers believe (until Season 2 came along) that this might be a full-on win for the bad guys. The film Insidious, in contrast, shows what happens when the bad guys really win, with a final reveal that Josh, the kid who we thought was safe, has been possessed and trapped — the very fate we hoped he’d avoid.

Elements of a Cliffhanger

As you can see, the cliffhanger has many uses: in action and adventure sagas, it’s often the best way to tease the coming story; in horror, even if there’s no Insidious: Chapter 2 to follow up on, a cliffhanger ending is often a favorite way to end things on a tonally consistent note — even if your protagonist survives. But to execute this correctly, you should understand the elements within a cliffhanger.

From the story’s own progression, you are conditioned to expect certain outcomes. While an open ending may make it unclear what events take place, a cliffhanger actively breaks an established promise within the narrative: whether an audience expects the killer to get caught or the two star-crossed lovers to find their happy ending, there’s a promise made in the story’s premise. When a cliffhanger is used, that promise is broken — and people are made aware that they won’t get all the answers they wanted.

There has to be a new direction, a new place to take your story when you break that promise. Whether it’s the main conflict that causes this break, or something smaller within the plot, it has to lead to a different promise now — and while not every new promise is a complete twist ending, it will always entail a change in outcome. The one requirement for this change is that your new promise, the idea you’re trying to sell to your audience as the new future of the story, has to be as engaging (if not more so) as the one you’ve broken.

Here’s the simple part that makes a cliffhanger a cliffhanger: You can’t let everything happen that you want to happen. You have to skip out on catharsis and instead force your audience into a suspended sense of satisfaction — you have to promise to give them something good, like that broken promise or the new promise, and then you have to cut it short. Skip out on a full resolution of the conflicts at hand, and instead, use the opportunity to make people think and ask: “But, what’s next?!” The more likely they are to scream at the screen with the revelations you’ve cut short, the better a cliffhanger you’ve made. Look at a season finale of a drama series and you’ll see exactly what I mean.

When To Use the Cliffhanger

The most common use of a cliffhanger is the cliffhanger ending; it’s designed to cut short the resolution of a story (or even add to it) with a loose end that has yet to be tied up. But there are other times you can execute a cliffhanger.

For example, when your story runs rather long, like a one-hour series or a feature film, you can bet that there are some strong moments to use a cliffhanger. In syndicated television, these are often used as act breaks; in streaming television, there’s even more flexibility. Using act breaks as a decisive point for cliffhangers means that you’re able to spur your audience along, even within a longer story.

After all, a well-written cliffhanger is one that ends a scene with people needing to see more to feel that much-needed catharsis. If you promise something at the end of each act, the viewers are more likely to keep moving along the narrative.

It’s important to keep the story moving along, and using cliffhangers to make this happen is but one tool at your disposal. Not every scene should have a cliffhanger present, and it should be used only when dramatically poignant: if there’s a plot/subplot that your audience is going to care far less about, that’s not the place to instill a cliffhanger moment.

However, by looking at what various television shows and films do when trying to keep your attention, you’ll notice what’s successful about each cliffhanger, including the types of promises at stake and the places these promises are broken and cut short. Learn the nuances therein, and you’ll have the art of cliffhanging in your toolbelt in no time. 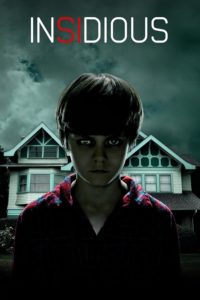 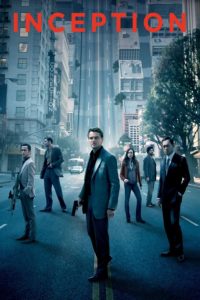 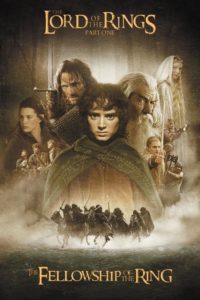 The 100 Best Films of 2021 According to Rotten Tomatoes