Need some inspiration? These screenwriting quotes should do the trick!

It’s not always easy to stay motivated or to know what to do next as a writer. Luckily, there are people who have gone before us to create great stories despite struggling with the same damn things.

For your pleasure — and sanity — take some time to read these inspirational quotes from some screenwriting greats to get yourself pumped for your next project!

“Writing is a marathon, not a sprint.”

“The multilevel, the conscious and the unconscious, is natural when I write scripts… when I come up with ideas and stories.”

“My mother wanted us to understand that the tragedies of your life one day have the potential to be comic stories the next.”

“I’m writing my story so that others might see fragments of themselves.”

“I care about subtext. If you get that right, the text will flow.”

“My world is not spectacle and explosion. It’s two people talking.”

“One rule of screenwriting: does the reader want to turn the page?”

“There is no greater agony than bearing an untold story inside you.”

“I think the greatest barrier I’ve always faced as a writer is just starting. Like all of us, I can just procrastinate and find some excuse for not actually getting started.”

“That’s my advice with dealing with writer’s block. Follow the fun. If you aren’t having fun, you are doing it wrong.”

“A lot of my ideas were crap, but bad ideas help get the ball rolling too. And bad ideas lead to better ideas.”

“[T]he element of surprise is the most important thing and what keeps me interested in writing. I can feel if I’ve written that predictable or boring line, and I will carry that around with me all day.”

“When your story is ready for rewrite, cut it to the bone. Get rid of every ounce of excess fat. This is going to hurt; revising a story down to the bare essentials is always a little like murdering children, but it must be done.”

“The last thing I want to see at the movies is a version of my reality. I don’t want to see art imitating life.”

“It seems that the greatest difficulty is to find the end. Don’t try to find it, it’s there already.”

“A story should have a beginning, a middle, and an end, but not necessarily in that order.”

“I just have my characters say my controversial opinions and then hide behind them.”

“A screenplay is an exploration. It’s about the thing you don’t know. It’s a step into the abyss. It necessarily starts somewhere, anywhere; there is a starting point, but the rest is undetermined.”

“The characters are the result of two things — first, we elaborate them into fairly well-defined people through their dialogue, then they happen all over again, when the actor interprets them.”

“I often say that a lot of my job, as a screenwriter, is sort of being a stock picker, in that I need to figure out what movies are probably going to get made because otherwise, I’m spending a lot of my time on something that’s trapped in 12-point courier.”

“The creation of a single world comes from a huge number of fragments and chaos.”

“You sell a screenplay like you sell a car. If somebody drives it off a cliff, that’s it.”

“Writing a screenplay is like climbing a mountain. When you’re climbing, all you can see is the rock in front of you and the rock directly above you. You can’t see where you’ve come from or where you’re going.”

“I steal from every movie ever made.”

“What a person does is what he is, not what he says.”

“A spine to my films that’s become more evident to me is that many are about the choices that people make… You go this way, or that way, and either way, there’s going to be consequences.”

“I wrote a check for $1,000 to the NRA, gave it to my friend, and I said, I’m giving myself 5 weeks. On August 8, if this is not a fully written script and two people read it and confirm, you are sending that check in. And then I told all my friends. It was the most stressful five weeks of my life. It was like having a thousand agents breathing down my neck.”

“The first draft of anything is shit.”

“Let your characters talk to each other and do things. Spend time with them — they’ll tell you who they are and what they’re up to.”

“Once you know what makes someone angry, you can tell a lot about that person.”

“To me, art and storytelling serve primal, spiritual functions in my daily life. Whether I’m telling a bedtime story to my kids or trying to mount a movie or write a short story or a novel, I take it very seriously.”

“You don’t learn how to write a screenplay by just reading screenplays and watching movies. It’s about developing the kind of mind that sees and makes drama. You can do this in a kind of holistic way by reading history and theology and psychology, reading great fiction and poetry, and plays. You develop an eye for the structures of everything and look for the patterns that help you become a dramatist.”

“If you have a problem with the third act, the real problem is in the first act.”

“Writing is really freeing because it’s the only part of the process where it’s just you and the characters and you are by yourself in a room and you can just hash it out. There are no limitations.”

“Screenplay writing is not an art form. It’s a skill; it’s carpentry; it’s structure. I don’t mean to knock it — it ain’t easy. But if it’s all you do, if you only write screenplays, it is ultimately denigrating to the soul. You may get lucky and get rich, but you sure won’t get happy.”

“I have a complex feeling about genre. I love it, but I hate it at the same time. I have the urge to make audiences thrill with the excitement of a genre, but I also try to betray and destroy the expectations placed on that genre.”

“We wouldn’t have done it if we didn’t think we could have fun with it.”

“Your first obligation as a writer is to tell the truth and to tell a good story.”

“As a young journalist, I thought that stories were simply what happened. As a screenwriter, I realized that we create stories by imposing narrative on the events that happen around us.”

When you’re doing a film, narrative is your most important tool, but it’s a tool to create a cinematographic experience, to create those moments that are beyond narrative, that are almost an abstraction of that moment that hits your psyche.

“There are a lot of bad screenplays, so if you write a good screenplay people are going to respond to it.”

“You have to be true to your instinctive way of writing. You have to find your identity.”

Hopefully these quotes inspired you to get to work on your screenplay. Even if they didn’t, though, at least you have plenty of options for when you want to make a mood board or get a tattoo or something. 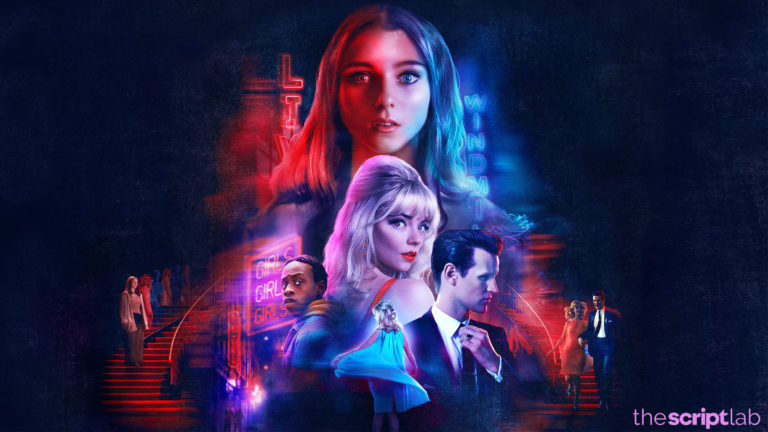