In this script breakdown, we explore the enchanting world of the Madrigals in Disney’s animated hit Encanto.

Disney has created an exciting world of animation, but it dug deep on Encanto, giving us an allegorical story about family trauma and family systems from the perspective of a beautiful culture that values family immensely. It explores themes of family, jealousy, resentment, forgiveness, and unconditional love to deliver a powerful message about how important family is — no matter how broken things might seem.

So, let’s explore the screenplay — a true screenwriting masterpiece. It’s beautifully written, and, most importantly, captures the emotions right on the page in a way that allows us (the readers) to paint a picture of the movie in our minds, which is what every great screenplay should do. Let’s dig deep into this script breakdown of Encanto.

The First Three Pages of Encanto

The first three pages do exactly what every script should do. Capture our attention, introduce the theme(s), set the actual tone of the movie, and create tension that forces us to have to keep reading.

We are introduced to our protagonist on the first page, Mirabel, along with two of the most important themes of the movie — family and Encanto (magic) — through her eyes with a perfectly crafted sequence.

The sequence feels rhythmic — almost musical — with Abuela’s voiceover on top of beautiful visuals. This is an important feature because the screenplay is a musical, so opening it from a more musical perspective sets the tone for us, allowing us to get in the right state of mind to experience the rest of the story.

Overall, the first three pages introduce characters, explore all the themes, create tension, and show us exactly the setting we will be experiencing for the rest of the movie. Lastly, we are left with a cliffhanger just before the title — what will Mirabel’s gift be?

This movie is structured, arguably, with the standard three-act structure, but does not have the traditional villain as the opposing force. It is definitely open to interpretation because Abuela could be considered the villain, but the opposing force in this movie is more so the internalized family trauma. This is represented by the cracks that form in the house after Mirabel rejects the need to be great as a result of not receiving her gift. That rejection causes “cracks’ ‘ in Abuela’s perspective, threatening her whole identity of herself and the family. And in the end, that’s what needs to be healed — the trauma and the need to be special they all have in some way.

The structure also heavily relies on the music, using the lyrics for exposition in the same way dialogue would, just more fun and entertaining, capturing the subtextual emotion more vividly. Each song and character reveals more about the trauma/gifts, which does not quite stick to a rigid structure that we are extremely familiar with.

The Aesthetics of the Encanto Script

Something that I do not notice many people talk about much is the actual aesthetic of screenplays — as in how it looks on the page, not considering the actual content. This is actually very important because the very first impression someone gets when reading a script is how it looks before reading even one word. Many people will even flip through a script (scroll through a PDF) before reading a single word to see what the white space looks like.

White space is a great way to determine how quick a read might be. When there are a ton of clunky action blocks that reduce white space, you can, most of the time, assume the read will be a bit of a slog. But there is a balance. If a screenplay is nothing but white space, which can mean tiny action blocks and too much dialogue (no balance), you can assume the writer might not understand pacing and rhythm.

The Encanto script has plenty of white space, which can tell us a few important things about the story:

Now, let’s break down the beats of the Encanto script.

Not sure what a beat is? Read Screenwriting 101: What is a Beat?

Opening Image: A young Mirabel opens her eyes as her Abuela (Maria Cecilia Botero) shows her a solitary candle, the source of the family’s miracle.

Set-Up: Long ago, Mirabel’s Abuela and Abuelo were forced to flee their home, but when Abuelo was killed, the candle became a magical flame that would never go out, giving the family members Gifts and an enchanted home, a casita, in which to live. Upon coming of age, each family member would open a door and receive a Gift to help the family. Now, Mirabel prepares to receive her Gift.

Theme Stated: When Mirabel asks what magical Gift she will be given, her Abuela tells her, “Whatever Gift awaits will be just as special as you.” This is what Mirabel will come to learn: what do our abilities say about us, and what defines who we are? At the ceremony, though, Mirabel doesn’t receive a Gift, and her family is stunned. In this institution, she is somewhat of an outsider. In the present, Mirabel (Stephanie Beatriz) happily lives with her family in her thesis world. The characters are introduced through song, with Mirabel singing about each of the members of “The Family Madrigal”

The song continues to introduce her siblings, cousins, and those who married into the family. It’s clear that there’s a lot to know about the Familia Madrigal, and the Set-Up sets the tone and mood for the story. Still, Mirabel is in a state of stasis=death. As the only family member without a Gift, she struggles. As her cousin Antonio receives his Gift, she laments her situation.

In this “perfect” family, she has six things that need fixing: she wants to have a Gift, she compares herself to her sisters, the family doesn’t mention her tio Bruno, and she questions her potential. She needs to go on a journey through the transformation machine if her family is to stay strong.

Catalyst: As Antonio’s party continues, Mirabel notices that the casita begins to crumble as cracks inch their way toward the candle that provides the source of her family’s magic.

Debate: Mirabel questions what she must do. She interrupts Antonio’s celebration to tell the family, but some write it off as jealousy. When she tries to show everyone, the cracks have disappeared. Her mother attributes the incident to stress from the day and tries to console her, saying that Mirabel is perfect as she is, as special as anyone in the family. But as Mirabel overhears her Abuela speaking to her deceased husband, asking for help saving the miracle, she knows something needs to be done. She makes a choice to try and save the family.

Break into Two: In a moment of decisiveness, Mirabel declares that she will save the miracle.

B Story: While the A Story is about saving the miracle, the B Story centers on the relationships with each family member. On her journey, Mirabel will learn to see them as individuals apart from their Gifts and will see that perhaps these blessings come with a curse as well.

Fun and Games: Mirabel learns that her sister Luisa (Jessica Darrow), whose Gift is strength, is worried. As Luisa finally confesses her worry, she expresses how the Gifts have their drawbacks.

In this upside-down antithesis world, Mirabel sees that the family members aren’t always as happy as they might seem in this institution. Luisa tells her about Bruno’s vision that caused him to leave the family, and Mirabel finds Bruno’s door and enters it, climbing the stairs until she finds fragments of glass that contain his vision. In it, she sees herself standing in front of the casita as the cracks form. Back home, she asks her family about Bruno, and they tell her that Bruno would say that something bad would happen, and it would.

Midpoint: During dinner, Mirabel’s secret comes to light as the whole family learns that Mirabel is part of Bruno’s vision and is the one to destroy the magic. The stakes have raised and the time clocks tick as the casita begins to crack again.

Bad Guys Close In: As the family members’ Gifts begin to act strange, some turn on Mirabel, blaming her. Soon, rats scurry past, carrying pieces of the glass containing the vision. Mirabel follows them into a hidden hole in the wall and finds a cloaked, shadowy figure lurking. Pursuing him, she discovers that it’s Bruno (John Leguizamo), who has lived there the whole time to be close to his family. He tells her of his vision, that it actually had multiple outcomes and Mirabel’s fate was undecided.

Wanting to overcome the external Bad Guys, Mirabel asks him to try again and see if the vision has changed, and after much reluctance, he does. In the vision, they learn that Mirabel can save the candle by embracing her sister Isabela (Diane Guerrero), forcing her inner Bad Guys to surface. She visits her sister, struggling with her jealousy over the “perfect” life her sister leads. As Isabela lashes out in anger, revealing that she does everything for the family, an imperfect plant grows, surprising her.

As the sisters reconcile, the cracks in the casita recede. When Abuela discovers how Mirabel influenced Isabela, she unleashes her anger, blaming Mirabel for everything from Bruno’s leaving to the cracks in the house to Luisa losing her strength. She says, “I don’t know why you were not given a Gift, but it’s not an excuse for you to hurt this family.”

All Is Lost: Mirabel says that no matter how hard she or any other family member tries, they will never be good enough for her Abuela. The cracks become larger and the casita crumbles, the candle losing its light. The whiff of death envelops the family.

Dark Night of the Soul: Crying at the riverbank where her Abuela was first given the magical candle, Mirabel laments. Soon, Abuela sits next to her and tells Mirabel why she’s tried hard to protect the family. Mirabel comes to understand the struggles Abuela endured as a young mother, and tells her Abuela, “We were given a miracle because of you. We are a family because of you. And nothing could ever be broken that we can’t fix… together.” Mirabel makes a sacrifice of her pride and wish for a Gift, seeing her Abuela’s struggles and realizing why the family is so important.

Break into Three: Abuela tells Mirabel that she had asked her husband for help, and he had sent her Mirabel. In her synthesis world, Mirabel sees that she doesn’t need anything else to help others. As Bruno arrives, Abuela embraces him, and they go back to the family.

Finale: Amidst the ruins of the home, Mirabel gathers the team and executes the plan through the song “All Of You”.

There are many reasons this screenplay is a great one to read when trying to perfect your craft, but most importantly… it contains a great story that will really emotionally impact you. At the end of the day, that is the most important thing. But when you can take advantage of some of the components explored above, consciously using them as a way to enhance your story, you will raise your screenplay to a much higher level.

Maybe one day someone will write an article breaking down your screenplay just like we are doing now. Think about that as motivating during your next writing session…

What might people say when deeply analyzing your screenplay? 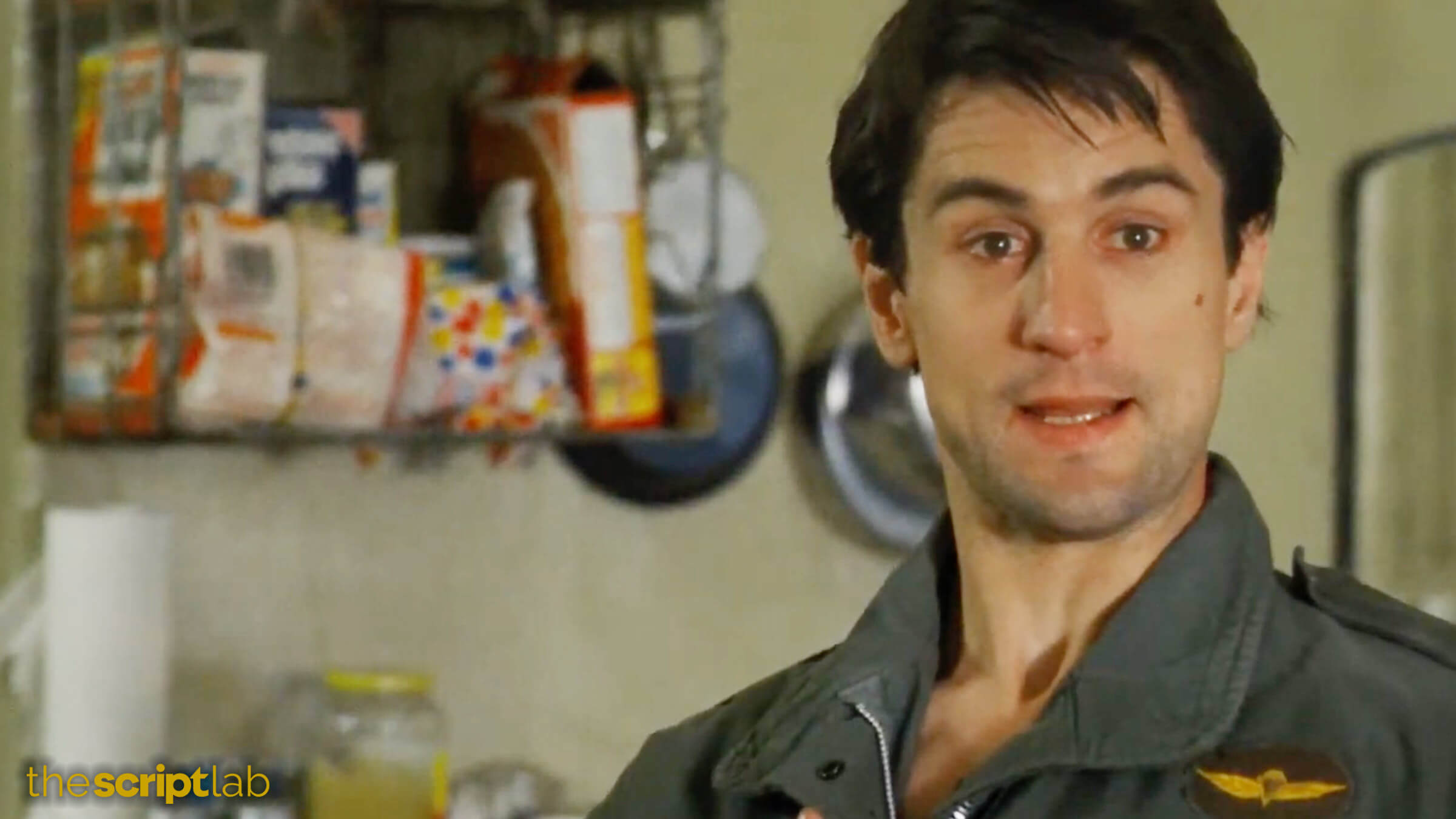