M. Night's movie about a sinister force that makes us want to kill ourselves — and it it's not the plants.

I used to thinkI had friends.

I thought I had a support system in place. People who cared about me. Who believed in me. Fellow travelers through this life who had my back as I had theirs. You guys knew I had defended Lady in the Water as an intentional comedy that was misunderstood by the public, and one of Paul Giamatti's best roles (opposite a film critic that gets murdered and M. Night Shyamalan playing the visionary who has come to save the world). You also knew I loved terrible things, and making drinking games out of cinematic sadness. It is why you all called me "friend."

Why did you allow me to go this long without seeing The Happening?

None of you checked in to make sure? It slipped through the cracks but MY GOD, it was 2008. You've had four years! How could you… how did you… whatever. You're forgiven. Kind of. I saw it of my own volition. In an awe-inspiring cleansing by fire, I am now reborn for the ashes, ready to—

Wow, that was bad.

You know what'smost unfair about The Happening? How it treats itself.

Its idea, its set-up, its world: brilliant. One day, starting in Central Park, people begin forgetting where they are, and then commit brutal suicide via whatever means are available. It's painful to watch, yet retains that Hitchcockian mysteriousness that M. Night Shyamalan bet his career on. (Speaking of M. Night… what is mnightshyamalan.com supposed to be? Can this guy do anything without trying to show off? I'm surprised I can read his IMDb page without a cryptix.)

Every ounce of interest dissolves the moment we meet our main characters. As high school biology teacher Elliot Moore — a character certainly not named to highlight America's hyper-consumerism — Mark Wahlberg gives the most cardboard-thin performance of his career. And when I say career, I mean the entirety of it, including Marky Mark and the Funky Bunch. If there was a life-sized stand-up of M.M., Elliot Moore would win out in a cardboard battle.

He dismisses his students, and on the way out, forces them to recite the scientific process. Look, I love stupid scenes like this where the high school teacher just happens to be teaching whatever weird subject is about to be super relevant to the plot. Buffy conditioned me to accept it. But the entire scientific process? Really, guy?

We also meet his wife, Alma Moore (Zooey Deschanel). John Leguizamo is there, too.

When The Happening came out, how many critics started tried to commit suicide while writing about it? Is it a meta–horror film, in that way? Like viewing the video tape within The Ring? Why is everything so blurry? My blood tickles.

This bio-plague of self-destruction spreads from the cities out to the smaller towns, and eventually, to the countryside. Our main group of "characters" manages to remain at the forefront, pursued by an invisible menace so laughable it seems ripped from the portrayal of global warming in the South Park episode "Two Days Before The Day After Tomorrow." The married couple struggle was a trust issue so minuscule, you wonder why it was brought up at all — until you realize that without it, they'd have no identifying traits at all. Some children get murdered by hicks to prove that Republicans are bad, and then an old woman goes crazy to prove that death panels aren't the worst idea. I don't know. There's a lot of politics here and I wasn't given the road map.

I stand by what I said before: it's a shame how this movie treats itself. There are sequences that do, or should, inspire genuine intrigue. There are ideas here fully worth exploring. But nothing ever lands, and there was rarely a choice made, or a line of dialogue, that was not groan inducing. That's… a feat. Forget the intrigue, I'm genuinely impressed that a form of artistic expression can continually surprise you with its level of… not ineptitude? But almost a conscious self-loathing. The Happening consistently dares you to lower your expectations, and the twist is always, "Whoops! Not low enough!" It's like a game of limbo built for Rotten Tomatoes.

http://www.joblo.com/video/player.php?video=THE-HAPPENING—Be-Scientific-Douchebag (embed code is there)

How did we not put that line on hats? Where are the "Be scientific, douchebag!" t-shirts, 2008? Why isn't that the phrase we shout when basketball players miss a layup? Why is that not the thing a character in a Judd Apatow film shouts at the moment of orgasm? I want to log into AOL Instant Messenger for the first time in four years, just to make this line my status, and log out, leaving it there for eternity.

Way to miss a golden opportunity, zeitgeist. You're lucky to have me here.

Ready to have your mindholes blown?

Guess what? This film proves M. Night is a genius.

While on the outside, the film appears to be desperately cloying for inclusion in the in vogue discussion of environmentalism — it isn't. All these messages about living in peace with Mother Earth via recycling and electric cars: total bunk. The way it sells itself as The Lorax if the truffula trees were full of human blood? That's a lie, too. M. Night had a vision, and he wanted to warn us.

In the opening shot of Zooey Deschanel's character, she spends a full minute and a half glancing wide-eyed at a ringing cell phone. She demonstrates her indecisiveness and fear by making quirky faces, and eventually, by deciding on nothing. Throughout the film, she picks quirk over action or substance. Even when she suggests actions for others to take, in every scenario, they clearly would result in death. For example, the earlier clip on science and douchebaggery: she insists they should run help the other group, which would surely kill them, yet makes no move of her own. Later, she sends her husband into two separate houses where he'll pass by giant trees and probably die. At the conclusion, she even forces a small girl towards a deadly fate for no reason.

Whenever people die in this movie, Zooey Deschanel is there. She's always there. Yeah, there are some scenes of people dying before we meet her, but she also doesn't work, so where was she that morning? I know. Just outside of frame.

M. Night Shyamalan always wanted to save the planet with an important warning from the future, like the alien visitor in The Day The Earth Stood Still. And he did. You all laughed at the time, back in 2008, cause you didn't see what was coming. But he did. And in 2012, in the midst of the worst of it, it's as clear as day.

The brutal apocalypse we could have avoided was New Girl.

Next time, be scientific, Douchanel-bag. 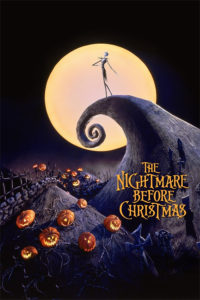