"Wearin' these glasses makes you high, but, oh, you come down hard."

I have shelves of DVDs that occupy an entire wall of my house. Bookshelves cover most everything else, except a corner controlled by Xbox 360 games. I maintain an Amazon Prime account, so when I want more of these products, they'll arrive slightly faster. I even use an Amazon Wishlist, so that I can remember all the things I want, should I forget how important their acquisition will be to my happiness, and I can share with both friends and strangers (if they're tactless enough), so they'll know how to show me love.

My iTunes library, across three externals, is just under 319 days worth of music. When it hits 365, I'm quitting my job and taking my speakers to the woods, where I will spend a year listening to all those tracks not important enough to make the 16 GB cut of my iPhone. Speaking of, my iPhone has an app so that if I'm in a store and want an item, I can scan its barcode and auto-update my Amazon Wishlist, then purchase it using Prime to get it within twenty-four hours, in case I feel like taking the one off the shelf in front of me would be too much of a hassle to carry home.

I haven't played a video game in nine months, despite having written and produced a video game movie. The last new DVD I watched was assigned from work. Aside from Cursive and Sleigh Bells, I've not listened to a full album in 2012.

And for this, I blame the aliens.

So does John Carpenter's 1988 film, They Live. If you need proof, borrow one of my two copies.

At the end of the lavish Reagan years, in the midst of materialistic madness, there were two possible explanations for acid-wash denim and the mullet: either we all collectively agreed that Roadhouse represented the future of America, or we lost our minds. But where had our minds gone? Some would blame Reagan himself. Bret Easton Ellis would blame cocaine. Chuck Klosterman would probably blame The Cure if they weren't SOOO OBVIOUS. But John Carpenter was smart enough to know that only one man could seek the true answer, so he enlisted the Malcolm Gladwell of 1988: World Wrestling Federation's own "Masked Canadian," "Rowdy" Roddy Piper.

Piper plays Nada (who in no way represents a Dadaist philosophy), a muscle-bound homeless drifter who wanders into a construction job in Los Angeles. He befriends Frank (Keith David, Carpenter's favorite black guy), who doesn't want to be his friend, but invites him to shack up in a totally non-sexual way at the local shantytown. What follows is an excessively long period demonstrating how poor and miserable everyone is, despite being in the middle of downtown LA, which, we all know, is basically Disneyland. Shortly after discovering that a local church might be serving as a cover for something more mysterious, Nada winds up on the run from cops who apparently have permission to bulldoze the poor.

Turns out the church was hiding something super important: stylish sun glasses. I mean, not Ray-Ban cool, but close. Nada puts on a pair and suffers a terrible fate: the rest of his Canadian workman's garb looks like a fashion faux pas next to lenses so cool. That, and his ability to see the aliens living amongst us.

It seems necessary to include this clip of the next five minutes, because never since has the entirety of a movie been so easily summarized in one scene. But it's not just the best scene in the movie, it's also one of the best scenes in the history of science fiction.

Nada discovers that some bug-eyed aliens have taken human form and now control our world. Everything in our life, from publications and billboards to art and television, are simply tools to send out subliminal signals of submission. Hidden broadcast units speak to us, encouraging us to breed and sleep.

When Nada tactlessly provokes an old (alien) woman, she radios back to base to let them know she's been discovered. Two (alien) cops arrive to take Nada in, and he kills them both, acquires their shotgun, and lays siege to all the monsters in a nearby bank, with the famous line: "I have come here to chew bubblegum and kick ass… and I'm all out of bubblegum." If there's one hat tip you can give, it's that Duke Nukem stole from only the best.

Nada takes a local reporter hostage, and the duo become entangled in the human resistance, an underground group who produces the glasses and hopes to take back our world from the alien overlords. The aliens hold every position of wealth and power around the globe, but they also convince regular humans to become traitors and reward them with impossible wealth, as Nada learns when he encounters a former hobo who gave up the church in exchange for tuxedos and caviar. As is the case in any great apocalypse film, the humans have been corrupted and twisted into something far more dangerous than the universal threat.

The film builds towards a violent confrontation in the secret alien sub-tunnels throughout the city. They connect to a TV studio broadcasting the signal that keeps the true world hidden. Some narrative leaps were made to convince us the 80s watched as much TV as was necessary for this, including the placement of a functional TV set in the middle of a field back at the hobo camp, but whatever. Manly sunglasses securely in place, a character actor and a professional wrestler set off to free our world from brain-rotting entertainment.

They Live works so effectively, and ages so well, because Americans will never "want" less. Even the greediest proto-fascist in this vision of 1988 is no worse than the woman behind me in line at Trader Joe's today. And if Carpenter thought our politicians and newsmedia were believable as mind-controlling menaces from beyond, by the time we hit the 24-hour news cycle, it's almost a better explanation.

But that escapism is dangerous, too. The aliens are blamed for global warming, wars, the economy; it's nice to think it's not our fault. It's much bleaker to recognize that we live our lives as if under mind-control, but we simply do it to ourselves. The true version of this apocalyptic vision is where we eventually bury ourselves individually under a layer of stuff, gleefully delivered to us with one-click-overnight-shipping. At least in Carpenter's Los Angeles, you'd be rewarded for contributing to the fall of mankind. 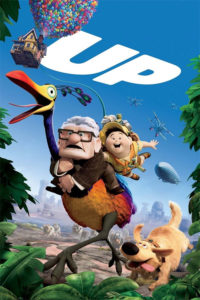