Crafting a Story & Writing for You

To Any Odd-Jobbers It May Concern,

I learned a lesson years ago: If someone puts a free advertisement on the Internet looking for a screenwriter to develop a screenplay on deferred pay, no matter how professional they sound, I’m not clicking on it. (I still might click on it now that I think about it. What if Dustin Hoffman wrote the free advertisement searching for a new script!? Sigh, stop dreaming and get back to work.)

Dustin Hoffman doesn’t need to look for Screenwriters on the Internet. The advertiser is most likely just another lazy person with an “idea” who doesn’t want to take the time to learn how to write a screenplay, and they’re not willing to pay someone to write their “idea” for them.

I’m learning screenwriting in reverse. It’s sort of like I learned Calculus and Trigonometry before learning addition and subtraction. Due to this unfortunate miscalculation on my part, it’s taken me over ten years to learn the ‘addition and subtraction’ of screenwriting. Heed my warning: absorb the basics and learn how to CRAFT A STORY!!!!! …(I’m pretty sure I’ve just destroyed the “Y” key, and I don’t think my large café mocha was a decaf.) Do not “get an idea” and sit down at your dusty computer and type 150 pages of crap, which you consider “witty” and “realistic” dialogue.

I have to admit when I first began writing eleven years ago I thought writing a screenplay would be easy. I’d seen at least fifty movies. So I watched Kevin Smith’s Clerks again and set a variation of Clerks in a different location, with slightly different characters that rambled for ten page ‘scenes.’

My next few screenplays were similar, but I slowly learned more and more about cutting dialogue, creating obstacles and such, until around my fifth screenplay (years later) when I had a screenplay that wasn’t unreadable; it was just terrible. After another script or two I was producing mediocre screenplays, and now on my ninth (After many, many, many nights cursing the heavens and throwing out entire half-finished pieces of crap, classes taken, books read and re-read, seminars attended, etc.) I’m finally crafting producible scripts.

Most non-screenwriters think that writing a screenplay should be relatively simple:

Step One: Get an “idea” (usually just a few visually cool scene ideas and maybe one of the five major plot points)

Step Two: Just start writing dialogue until you have 110 pages. The obstacles and plot points will just sort of ‘happen.’

Step Three: Finish script in three to five days and sell script for millions of dollars.

Many times, this is what really happens:

Pizza boxes and half empty cans of soda are strewn across the dumpy modest apartment.

UNSUCCESSFUL DREAMER lies in bed and flips through channels on his tiny T.V. with his big toe and chomps another bite of day old pepperoni pizza.

I have an idea for a movie!

INT. AN EVEN MESSIER APARTMENT – NIGHT

Unsuccessful Dreamer sits on a couch with three of his friends: MORON, DIP$HIT, and F**KTARD.

…It’s gonna have Jouquin Phoenix as the bad guy space gambler and Joseph Gordon Levitt as the good guy detective! There’s an explosion…

Moron, Dip$hit, and F**ktard all hoot and holler, this is the coolest movie idea they’ve ever heard.

After a few weeks or so of searching for “how to write a screenplay” articles, typing a few funny dialogue moments, and perhaps even a “scene” or two Unsuccessful Dreamer discovers that Odd-Jobber fancies himself a Screenwriter. Oh joy.

An E.P.L match between Manchester United and Bolton Wanderers is on the crappy bar T.V. Unsuccessful Dreamer pats ODD-JOBBER on the back and chortles to himself. He’s confident in his proposition.

I got it all figured out. It’s kind of like Star Wars but also like Sesame Street and Die Hard. Maybe Chinatown in Space! But it’s set in the Old West I think; Or maybe Feudal Japan. One of the characters is named Sam and he’s based on me. Over the next six months I want you to write and re-write it, develop all of the characters and story arcs while I guzzle Jameson and complain about the Government’s Eminent Domain policy.

It sounds like a wonderful offer, But no thank you. Believe it or not I also have between one and fifty ideas and I don’t have enough time to work on those, let alone devote all of my time to your obviously well thought out and constructed screenplay skeleton.

Unsuccessful Dreamer whistles at the attractive bartender and brandishes his belly.

Are you sure? If you do all the footwork and networking to sell it I’ll take all the money and credit.

Uh-Huh. If you haven’t been approached yet to write someone else’s screenplay, it means you’re not mentioning in social circles that you’re a Screenwriter. Life is too damn short for Odd-Jobbers to waste our time on a script we’re not passionate about.

Why would you want someone else to write your idea anyway? They’re never going to write what you wanted them to write…

Logline: After getting into a horrible car accident, a man and a woman fall in love and complications arise when the woman finds out that the man has a remarkable past.

So, if you want to “make movies” it seems I only know of a few options for a non-producers son Odd-Jobber: Learn how to craft a story and work diligently on it. Next, figure out a way to sell it or make it yourself. Or, you could get a bundle of cash and contact me. My twitter is @Coloropolis.

I’m turning the big three-oh shit this year. Five years ago I did one of those five year plan goal worksheets. My five-year goal was to have written, directed, and produced an award winning fantasy comedy film. Well, unless someone out there has a few hundred grand they want to throw my way to direct my beloved low budget fantasy comedy, that isn’t going to happen.

Hopped up on caffeine, 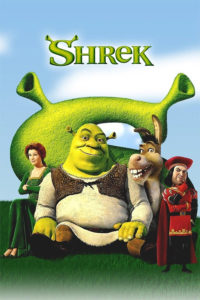 The Writer’s Fight Against Technology

Finding Characters: On the Emerald Island

Work On Your Dream