When I saw Machine Gun Preacher in my screenplay’s to read queue, I thought I was in store for another Robert Rodriguez/Trejo flick, but I was completely and totally wrong. Sure, Gerard Butler was one the poster, so that gave it away, but hey: Trejo could have been the villain. Maybe Trejo AND Butler are Machine Gun wielding priests’ who swath a path of death (let’s be honest, with those two together, people will die) and righteousness across the land.

Absolutely none of this happens, but take note of the awesome power of good titles and movie posters.

Now, to the pages.

We’re put in an African village at night, circa 2003. (This is based on a true story by the way, which blew my mind) William, a nine-year old boy, sleeps next to his brother, Christopher. Somewhere outside the village, in the distance, silhouettes of men touting flame torches march towards the village and gunshots, screaming and death, fill the screen. William flees, but is caught and dragged out, holding onto an old picture of his.

A lot happens in this scene and it’s just the first page. What’s important to note here is that the theme (one of them, at least) is on page one: Man vs. Society. A caveat: this doesn’t mean you must establish your theme(s) on page 1, but it helps to weave it in early.

Side note: You can have more than one theme. Not like ten or six, but just two.

William and his mother share their last moments together (a well-executed CUT TO is placed after) and we’re introduced to Leonidas, er, Sam Childers as he’s being released from prison:

“He’s stocky, 32 years old, with a biker’s handlebar moustache. On the surface he appears good- looking… even handsome if the light is right… but his face is tricky… always changing… behind the quick smile, around his dark eyes, in the taut muscles of his neck we see violence.”

By the book screenwriters often balk at the number of lines used to describe almost anything in a screenplay. However, Jason Keller nailed it. Personally, I feel main characters, both protagonist and antagonist, should get four lines. It’s the clash between these two characters, two people with different ideas, mannerisms, and morals, that’s the core of the film. Don’t be dull: give ‘em some color, some pop.

Lynn, Sam’s wife, waits outside in a beat up Vega in a yellow sun dress. They pull off and stop on the side of the road, where Sam gets some long-awaited nookie. Back at the trailer park, Paige, Sam and Lynn’s daughter, jumps in her daddy’s arms, pointing to the welcome home sign she and Daisy, Sam’s mother, made. Sam, however, turns a cold shoulder.

Ok, so Sam is kind of a prick with a good family. Cool. It works. However, since this is a movie, we hav’t to root for him. His wife is loyal and caring; his daughter loves him to pieces; and they threw him a welcome home from prison party. This guy has it pretty good, so hopefully he realizes that. Boom. Conflict.

Sam walks inside and asks Lynn when she’s working at the town’s strip club again. Uncomfortable, Lynn changes the subject, and Sam bellows about Mark, the club owner, not giving Lynn her time.

“There’s a quiet anxiety to this homecoming. Everybody on edge, careful.”

Sam has a presence, a dominant force over all the other characters in the scene. He doesn’t scream, smash things, or yell. He just walks in.

Lynn tells Sam she’s done working the poles, and tells Sam about her new job, which provides day care for Paige and is a much better career choice than being a stripper. His rage not abating, Daisy takes Paige outside.

Being objectified and gawked at by drunken bikers and truck drivers isn’t exactly a lucrative, rewarding profession. I wouldn’t know of course; I’m just going off speculation. Sam, however, vehemently disagrees, demanding Lynn to go back to The Bunny Hop. Consistent character this Sam is.

During the argument, Lynn drops the “G” word, the holy one himself: God. Lynn imploringly insists that finding God, starting over and beginning a positive, better life, was what saved her, and that Sam should do the same. He calls BS, calls her “junkie stripper,” storms out, and rides off.

This is the first offer to help Sam see the light, but of course, he bats it down because he’s a dick and being in prison will kinda kill the being religious thing. For some, at least.

Sam goes to a seedy dive and sees his fellow junkie, er, friend, Donnie. They catch up, commenting on Lynn’s change of profession and finding God. Like a good friend, Donnie offers Sam some coke and Sam gets his mind chopped and screwed.

Remember how I said you can have two themes? This is classic Man vs. Himself. Sam is a meth user, and there’s no worse of a conflict than a dude with a drug problem. It’s relatable and it’s real.

It’s winter. December of 1998 to be exact. While taking a morning pee, Sam, covered in track marks, stares in the mirror. While his family goes to church, Sam and Donnie, toting shotguns, prepare to raid a meth house.

This scene answers the burning question from the start of the movie: What did he go to jail for? If your answer was raiding meth houses, you win! Well, I’m assuming that’s what he did. Given Sam’s penchant of meth use, I’d say it’s a pretty good guess. Oh, and the inner conflict, the drug use? It’s winning.

Sam blasts the door off the hinges, and chaos erupts in the meth house. Sam sets his eyes on another junkie, and chases after him like a gazelle, blasting doors, “bloodlust in his eyes.” Sam corners the junkie, where he pleads for his life.

Even in a meth house, Sam is a dominant presence. You would think that since it’s a meth house, everyone would be packing heat and firing back at Sam. But they don’t. Granted, I would freeze up too if a 6 foot, beefy, masked guy with a shotgun loomed over me as I was doped up. It would be like that scene from Batman Begins, when Scarecrow took a hit of his own medicine, looked at Batman, and saw a demon. Same effect, different movie.

Sam screams to the junkie that he’ll blow his “nigger brains all over the floor” if he doesn’t tell him where the goods are. After Sam gets what he wants (the drugs and money), he puts the shotgun barrel in the guy’s mouth, itching to pull the trigger. Donnie steps in, and snaps Sam back to reality.

Sam’s rage and hate is in full gear in this scene. Fueled by his addiction, Sam will go to extreme lengths to fuel his habit, even so far as to kill a man. You hope Donnie will be the guy to put Sam on the right track, to get him to clean up. In this scene, you realize the only person who can quell Sam’s insatiable hunger for rage (and coke), the only one that can snap some sense into him, calm him down, his Donnie.

Well, there you have it, folks. Seeing how this movie is based on real events, you become emotionally invested in this man’s plight because he’s real. You want (and hope) he becomes a better husband, father, and human being. But, the most important thing you want to see/find out is how does this guy become a machine gun preacher?

Thanks, and as always: just keep writing. 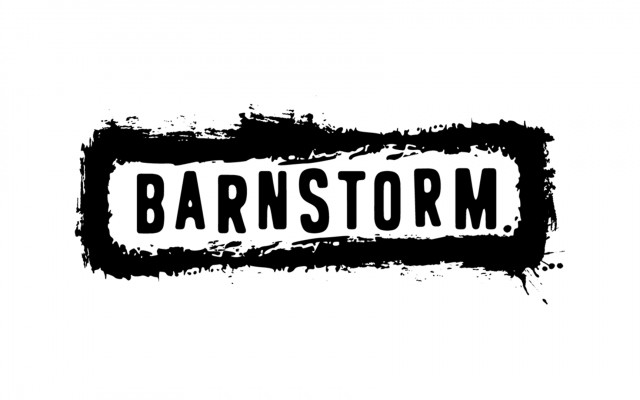