It was August of 1998, and I was a 23-year-old kid from Wisconsin beginning my Masters in Screenwriting at the University of Southern California School of Cinematic Arts. I had never been to the City of Angels before, never walked down Hollywood Boulevard, never tasted a Dodger Dog, and not surprisingly, I had never heard of Final Draft, the industry’s leading software for screenwriting.

But as an aspiring writer and screenwriting student, I needed something better than the word processor I was using. My first version was Final Draft 4. It certainly wasn’t perfect, but it was leaps and bounds better than anything I had used before, and I’m proud to say Final Draft has been the centerpiece of my writer’s room for the past 16 years. So when Final Draft offered me the chance to review their latest version – Final Draft 9 – I jumped at the opportunity.

Final Draft has been the big dog for over two decades, carrying the infamous title as the industry’s standard screenwriting program, yet in recent years competitors, such as Adobe Story, Celtx, and Fade In, have created some healthy competition and choice for consumers, and ultimately, this is a good thing. As an industry leader, Final Draft had no choice but to evolve and adapt, and in some cases even play catch up to these new often cheaper and more feature-rich alternatives.

So where is Final Draft now? Does it make the grade? I spent the last week exploring their latest version Final Draft 9, and I must conclude that FD9 is a testament to this “catching up” and much needed evolution. Here’s a breakdown of some of their new features:

Awesome! The new navigator is completely redesigned, creating a much improved user experience.

Scene:  It is incredibly easy to organize and sift through the list to find a specific scene.

Character: This new feature lists all the scenes that has a specific character, both speaking and non-speaking characters, which is incredibly useful for tracking character development: how a character might evolve, grow, or change.

The new Exporting options allow for both color and watermark.

Color:  You can now export a PDF with the revision color as the page background (red, blue, green, etc.). This feature can be quite useful for tablet users, not to mention that it’s environmentally friendly. I’m all for saving paper.

Watermark: A major plus is your ability to add a unique watermark to your scripts when saving and exporting to PDF. (This feature can be applied to printing scripts as well). This increases security and piece of mind and should act as a deterrent to leaking a script online because with a watermark, we can all can easily identify the culprit.

Character Highlights: Another nice feature is Character Highlighting, which allows a writer to highlight each of his or her characters with a different color, which can be a great benefit when the screenplay, or even just a scene, is read during table reads.

Retina Display: One of the most evident changes in FD9 is that it now supports the MacBook Pro’s Retina display. This is a big winner for writers with a Retina MBP. Additionally, Mac users can enjoy full-screen mode. A nice little enhancement.

Overall, FD9 is an improvement from FD8, mostly due to the new Navigator, allowing the ScriptNotes feature to be much more user friendly and applicable. The user experience is also much better through improved and streamlined toolbar organization. The watermark feature adds a level of security and transparency. And for Mac users, the fact that FD9 supports retina display is a major bonus.

Final Draft 9 definitely makes the grade and remains the industry standard for anyone in the industry, and if you’re a Mac user, it’s a no-brainer just for the Retina display support alone.

Is it perfect? No, but nor would I want it to be. I look forward to seeing how Final Draft continues to evolve within this new competitive landscape and what new features they bring to the table with FD10.

Until then… just write.

Michael Schilf is a Co-Founder of The Script Lab, Professor of English and Media Arts, and professional screenwriter and script doctor. 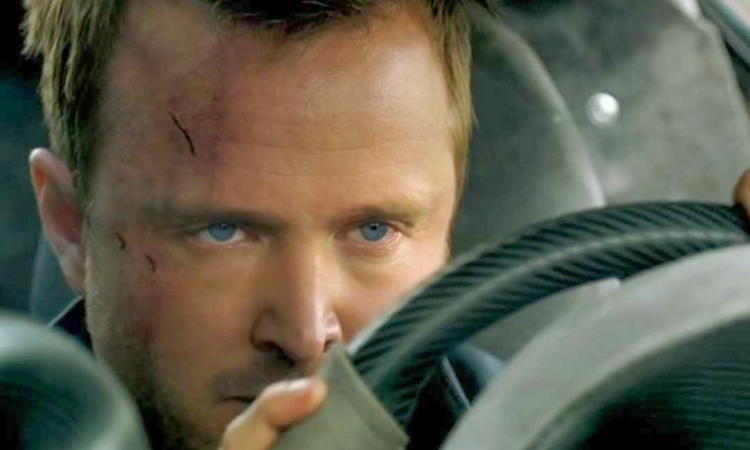