“You can’t kill your talent, but you can starve it into a coma through ignorance.  For no matter how talented, the ignorant cannot write.  Talent must be stimulated by facts and ideas.  Do research.”

There is almost nothing you can write that writes faster than screenplays. The ease and efficiency of scriptwriting software frees writers to operate on sheer imagination.  Three hours—twenty pages?  No sweat.  The cursor literally flies over the page.  Be advised, however, that productivity in screenwriting isn’t (usually) tied to your page count.  There are lots of crucial artistic choices you need to be making as you progress—character and conflict exposition, story beats, that looming First Act break—just to name a few.

Another element you need to establish in those initial pages is credibility; that is, a sense of not just familiarity but a real command of your genre, of your milieu.  That command, that authority comes at a price.  The price is that you have to do research.  Depending upon your genre and   nature of your story, you may need to do lots of research.  Period stories, nonfiction biographical tales and scenarios that immerse the audience in a specific culture or professional niche all impose special rigors upon the writer.

Granted, there are some rare exceptions to the must-research rule.  For instance, each of us has a personal backstory, we have all forged a path of sundry avocations and/or professions before landing on the square that says WRITER.  Occasionally you can mine that backstory, you can rummage your personal tool chest and find real treasure.

For instance, when Oliver Stone sat down to compose Platoon, he didn’t have to wade through hours of interview tape from veterans who had been in harm’s way.  Oliver Stone had been “in the shit” himself, had lugged the proverbial rifle in the rice paddy with the 25th Infantry Division in Vietnam. Stone’s combat experience was just one personal nugget that he could later exploit. He was also arrested and jailed as a young man on drug possession charges. That youthful indiscretion paid some dividends when he was hired to adapt a story that would become his Oscar-winning screenplay for Midnight Express.

Those of us without an Oliver Stoneian resume are relegated to a more traditional path to greatness.  But before you hit the books, before you start conducting interviews or scouring the internet, you’ll need a strategy.  You can streamline your pre-writing research if you prioritize with a kind of vertical diagram—a flow chart, as it were.  At the outset, at the very top of your chart you should consider doing…

This may seem self-evident, but a surprising number of lazy writers aren’t consumers of their chosen genre.  I knew a fellow in my graduate program who was working on a romantic comedy.  He didn’t like rom-coms; he admitted to seldom watching one all the way through.  But he figured that having a rom-con in his portfolio would boost his chances of attracting an agent.  Right.  Good luck with that.  Choose your story, and your genre chooses you.  But before you type FADE IN, you should allocate the time to watch ten movies in your genre—ten of the very best—and read five scripts.  This two-to-one ratio will not just elevate your writing, it will help you internalize many of the unwritten genre rules.  If you can’t name any of those rules, you haven’t watched enough movies!

Cultural context is broad topic area with a slew of subcategories, e.g., ethnic culture, religious culture, national, regional and local culture, etc.  The world of sport is also replete with subcultures—golf, for instance, is a particularly old and distinct culture.  Ditto for horse racing, auto racing, rodeo and (always) baseball.  Also, if your story depicts a specific ethnicity—an ethnicity that you do not personally share—then you will need to immerse yourself in that culture. If your story is set in the context of a sport that you have never played, then you should do a lot more than just sit in a grandstand watching.  You will need to lurk and eavesdrop and record your impressions.  You will need to cultivate players, coaches and even other fans.

Likewise: If your protagonist works a job that you have never done, if he or she functions in a professional context that you do not share, then you have your work cut out for you.  The obvious example is law enforcement.  If you’re not personally acquainted with any cops or detectives, then you’re going to want to remedy that before you try writing any squad room dialogue.  Most professions have a nomenclature, a unique jargon that is impossible to fake. Case in point: airline pilot. Commercial pilots communicate with air traffic controllers in a very specific lexicon.  John Gatins’ marvelous script Flight is a text-book example of that milieu.  The upcoming release of Sully (screenplay by Todd Komarnicki, based on the book by Chelsey Sullenberger) is another cockpit drama presenting similar dialogue challenges.

Lastly, there is a kind of catch-all research category that I call…

In order to depict a capable, resourceful protagonist, you’re going to want to imbue this person with job skills that involve operating stuff.  The obvious example is firearms.  If you don’t hunt, if you don’t own guns or personally know people who do, then you’re going to want to hit the firing range or stroll the aisles of a gun show. Any film with a decent budget with have a gun wrangler on the crew to advise and instruct—but that doesn’t help you in the writing phase.  If your protagonist has to shoot his or her way out of a tight spot, you’ll want to equip them with a credible, appropriate gun and make sure they know how to use it.

Explosives is a pet peeve of mine because the technology seems to have an inverse relationship to its depiction in scripts—that is, it’s considerably harder to construct and control an explosion than most writers realize.  Some rookie screenwriters seem to have acquired their bomb expertise by watching reruns of Wylie Coyote.  Mark Boal, writer of The Hurt Locker, clearly did copious research and really understood all of the perils and peculiarities associated with improvised bomb-making.  Go forth and do likewise. 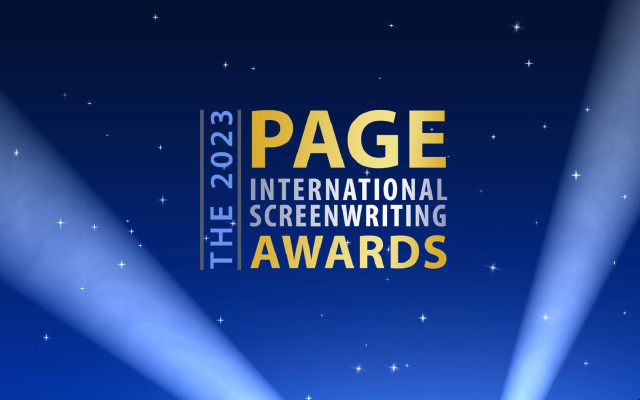