In this new series, The Script Lab will be taking a look back at the first 90 years of televised storytelling, from its the earliest days to our current era of peak TV. We’ll be adopting a holistic approach, exploring the greatest shows, series and “events” from all categories of TV. First up? A special category of ‘live’ storytelling that television makes possible: the news.

TV is 90 this year. Although there is some dispute about the exact origins of the medium, with numerous inventors around the world claiming to have made vital technological breakthroughs in the early years of the 20th century, it is commonly accepted that 1927, when Scotland’s marvelously named John Logie Baird first transmitted a simple image of a human face between Glasgow and London using a telephone line, is the breakthrough date.

Much has been made in the last 20 years of so of TV enjoying a “golden age”, with the relatively young and originally widely ridiculed medium finally coming of age. (Billy Wilder, the great film director, loved to recount the tale of how the widespread take-up of TV in the early 1950s finally legitimized cinema, or the big screen, the output of which seemed so much better and more grown-up than that of the small screen.) In truth, however, there have always been great TV shows and great TV series, and with TV now fast approaching its landmark hundredth birthday it is time to take a look back at its history and identify the truly landmark series and programmes that made it not just entertainment but an art form.

First, an admission. The following list is far from exhaustive. For one thing, it is necessarily heavily weighted towards the Anglophone world, especially Britain and America, both because they have traditionally been the most successful producers of television internationally, and because British and American shows were the ones that I myself largely grew up watching. Fortunately, one of the many marvelous developments in television broadcasting and viewing over the last decade or so has been the ability for viewers around the world to access an infinitely wider range of television programmes from around the world, including non-English language shows.

It might seem slightly counter-intuitive for The Script Lab, a screenwriting website, to produce a list of nine great TV news programmes, or more precisely news events, as all of these stories were so huge, so truly global, in scale that they were told around the world and not just by a single national broadcaster. However, perhaps the greatest achievement of television is to literally make the world feel smaller by showing us countries, peoples and even planets (or at least satellites) that we had never seen before, connecting people in a way that the first story-tellers around the first camp or cave fires could only dream of. And of course, all of those news broadcasts still required journalists and other writers to put the words in the mouths of their anchors and reporters, rendering them genuine storytellers in the most immediate sense.

So, with that in mind, here are the nine biggest live “storytelling” events of the last ninety years.

Probably the single greatest TV news story ever, at least till 9/11, was the 1969 Moon Landing. In fact, it was such a bringing together of humanity that it has itself passed into popular lore and storytelling, as evidenced by its regular inclusion in TV dramas, including the sublime Mad Men. Thus, the very act of people watching television itself became televisual.

On the day itself, Tony Blair, the then British Prime Minister, said that the terrorist attacks on the Twin Towers of New York (and of course, the Pentagon, although that is largely forgotten by comparison) marked the true start of the 21st century. That included the true start of 21st century television, as, tragically, the terrorists themselves realized. As has often been said since, it was as if they themselves were, at least to some degree, television writers and producers who orchestrated their appalling attacks as if they were some strange hybrid of 1970s disaster movie and 24-hour rolling news coverage.

The symbolic and definitive end of the Cold War was caught live on TV, as the old Soviet Empire collapsed within a few months in the second half of 1989.

By contrast, the other great Communist Empire, China, crushed the uprising among its own people, by sending tanks into the centre of Beijing. And the decision of the “tank man” (whose story was the subject of Chimerica, the brilliant stage play by Lucy Kirkwood) to try and face down one of the tanks was one of the defining images of the late 20th century, on television or anywhere else.

Of course, it was the Adrian Zapruder “home movie” that captured the moment of death itself, but reporting of the assassination on TV swept around the world, ending America’s innocence one more time.

The first “TV war”, played out as much in the living rooms of the West as on the Killing Fields of the East. There are so many great Vietnam war films, from Apocalypse Now to The Deer Hunter, that it is easy to forget that the television coverage of the war was itself one seemingly unending horror movie.

Vietnam in the Middle East, but with much deadlier weapons, notably the missiles fired down the main street of Baghdad that allegedly could blow up a single, specified building. We learned much later that, like all man-made instruments, they were nothing like as precise, and actually heralded our own age of Drone Wars, in which thousands of innocent civilians around the world have been killed indiscriminately – not deliberately, but indiscriminately none the less.

Personally, I cannot bear to watch any coverage of the British Royal Family, or indeed any Royal Family. Call it the anti-monarchist streak in me, though I am obviously in the minority, as the millions around the world who watched Charles marry Diana demonstrated. It was a late 20th century non-fiction fairy-tale to rival Star Wars, the great late 20th century fictional fairy-tale. We saw a remake of this televised sensation, but let’s face it – it’s hard to top the original (not that I’ve actually seen it).

The ultimate rock concert, which represented both the coming of age of “rock and roll” music as a musical medium and, as a consequence, arguably the end of its original ability to shock and outrage. As brilliantly and wittily told by Bob Geldof in his autobiography, Is That It?, Geldof, Midge Ure and their co-campaigners deliberately used the newly emerging satellite technology to spread their message of music, love and money-raising around the world. Indeed, Geldof himself tells one of the greatest stories about the development of television, recounting how, as a child, he had watched grainy TV footage of “the tin can” carrying the Russian dog into orbit, and how, as an adult, he had used the satellite technology made possible by space travel to exhort the world to “Give us your fucking money!” to save the victims of Africa’s famine. 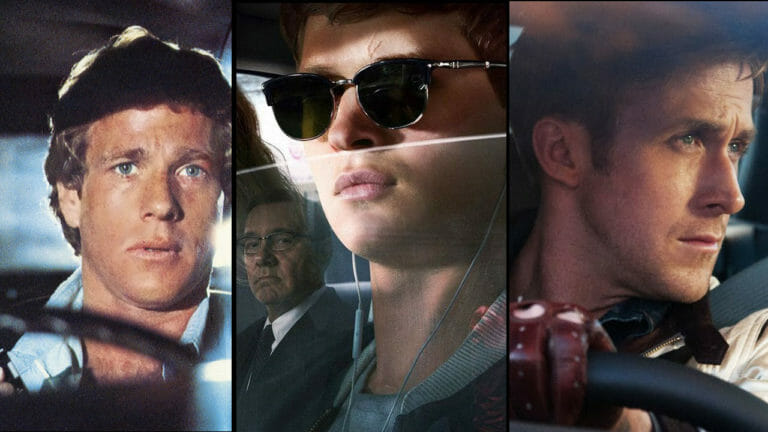 The Art of Writing Horror: Lessons from Trash Fire