Contrast. You see it everywhere. Sweltering summers and frosty winters. Barren deserts and tropical rainforests. There is a cosmic yin-yang presence in our world and screenwriters can leverage this phenomenon to strengthen the thematic elements of their scripts. The silver screen loves contrast because of the breadth of potential two polar opposite ideas can bring to a story. Life and death are two opposing themes that work well in cinema.

Let’s examine how My Girl, a classic film from 1991, uses these concepts to tell a story about a mortician named Harry Sultenfess (Dan Ackroyd) and his daughter, Vada (Anna Chlumsky).

The film gives each character a story arc, starting with one theme and ending with its opposite. For Harry, death is his starting point, and a new lease on life will soon be his destiny. For Vada, an 11-year-old hypochondriac, her life is full. She loves playing basketball and going on bike rides with her best friend Thomas J (Macauley Culkin). By the end of the summer of 1972, she will have suffered the bitter pangs of death.

Each story arc has three parts; a set-up, a build-up to a climax, and a resolution.

Harry Sultenfess is a mortician who runs a funeral parlor out of his home. Death is most familiar to Harry. In his basement are cadavers that he prepares for burial on a weekly basis. He is a widower. His wife died giving birth to his only daughter, Vada. In addition, his mother is elderly and suffers from memory loss. What kicks his story arc into gear is the arrival of Shelly DeVoto (Jamie Lee Curtis), who responds to Harry’s want ad for a make-up artist. She is very pretty, and Harry doesn’t fail to notice this. He ogles her, which is a clever foreshadowing of what lies waiting for him at the end of his character’s arc.

Before Shelly’s arrival, Harry was sullen and dull.  Now second love is a possibility, but he will have to break out of his mundane existence to embrace it. The set-up for Harry’s story arc ends with an argument Harry has with Shelly after she has been hired. Shelly has put sexy makeup on the deceased wife of Reverend Porter, so she looks nothing like the picture Harry gave her.  He snaps at her, reminding Shelley that the woman was an old schoolmarm and not a “two dollar hooker”.

The journey to the climax begins with an apology by Harry. He tells Shelly he’s sorry for how he treated her. A loving relationship cannot be built on bad feelings. This is Harry’s first step in developing a rapport with Shelly. A few scenes later, he asks her to join him in a game of bingo. She says yes.

At the game of Bingo, Harry and Shelly enjoy an intimate moment and lean towards each other to share a kiss. Vada has snuck out of the house and followed Harry and Shelly to the bingo game. She sees her father making his move and yells “Bingo!” to disrupt his plan. Later that evening, however, Harry and Shelly are in Shelly’s camper. They share a dance, and finally, a kiss. Harry tells Shelly about his wife and how she died a few days after giving birth to Vada. Death still hangs over Harry like a dark cloud, but this romantic evening has provided a spark. Love is on the move and death is firmly in the rearview mirror.

A week later, Harry is hosting a picnic on the 4th of July. Shelly’s ex-husband Danny (Ray Buktenica) shows up and spoils the fun. He demands Shelly’s camper, claiming it as part of their divorce settlement. When Danny becomes obstinate, Harry punches him and threatens to bury him in the yard if he ever comes back. The presence of Shelly’s ex-husband has spurred Harry to action. His growing affection for Shelly has awakened the old Harry. Later that evening, fireworks, a metaphor for the growing bond between Harry and Shelly, explode in the night sky over the funeral home.

Harry’s story arc has reached its climax. Harry, Shelly, and Vada go to a carnival. After Vada notices a ring on Shelly’s hand, Harry tells Vada that he and Shelly are getting married sometime at the end of the summer.

Harry has found love, but his story arc is not complete without recognizing where he began, and where he has ended up. Vada’s friend Thomas J. has died, the victim of multiple bee stings. As it did in the beginning, death hangs over Harry like a dark cloud as he prepares for Thomas J’s funeral. But the difference this time is that he has Shelly. After Harry becomes agitated, Shelly implores Harry to try and understand his daughter’s grief. “Don’t ignore the living”, she tells him.

Harry cannot escape the fact that his day job is defined by death. But he has rediscovered life with Shelly. He has a purpose now. Harry has a hand to hold, a soft shoulder to cry on, and a woman to remind him that life is more than just death.

Now, as a contrast to her father’s story arc, let’s study how Vada Sultenfess’ character progresses from life to death.

It’s summertime and Vada Sultenfess is an all-American girl, albeit with a few personality quirks. She insists there is a chicken bone lodged in her throat, even though she is perfectly healthy. She also plans to take an adult creative writing class with her teacher Mr. Bixler, even though she is just 11-years-old. Just as with Harry’s story arc, Vada’s set-up contains a foreshadowing of the death to come. Harry receives a small coffin. Vada asks her if it is a coffin for a child, but Harry lies and tells her it is for very short people.

The set-up ends with Vada riding bikes with Thomas J and visiting Mr. Bixler, who is fixing up his new home. She goes home and jumps on her bed, gazing at her class portrait. Vada has drawn a large heart around Mr. Bixler’s face in the picture. Vada has a crush on her teacher and a healthy friendship with Thomas J. Death is the furthest thing from her mind.

Vada’s story arc climax involves a tragedy. Let’s break down the progression as Vada’s arc inches forward. First, we see Vada and Thomas J at a lake, where Vada later loses her ring while running away from swarming bees. While at the lake, Vada hooks a fish and reels it in. She takes the hook out of its mouth and drops it back in the water. Thomas J glances and sees the dead fish floating. When Vada asks him if it got away, Thomas J lies and tells her it did. It’s subtle, but the theme of death has begun to penetrate Vada’s story arc.

Next, we see a scene with Vada and Thomas J looking at old pictures in her garage. Thomas J stumbles upon a  picture of Harry and Vada’s mother. She tells Thomas J that she died giving birth to her. It’s a quiet, pensive moment as Vada looks at the mother she never knew. As Harry and Shelly’s relationship grows deeper, Vada becomes apprehensive at the thought of Shelly becoming her step-mother.  Her anxiety leads to more visits to the doctor. Her irrational fears about her health have grown out of control.

Finally, before we reach the climax, we see Vada get her first period. The symbolism of blood, even though we never see it in the scene, is undeniable. Her childhood has died a small death as she has taken a giant leap toward womanhood.

The climax of Vada’s story arc hands Vada a double dose of death, one literal and one figurative. Thomas J goes back to the lake to retrieve Vada’s lost ring. While looking for the ring, the bees come alive and overwhelm Thomas J. Harry breaks the sad news to Vada. Her best friend in the whole world is dead. At Thomas J’s funeral, Vada breaks down in tears and runs away, down the street to Mr. Bixler’s house. She confesses her love for him just before Mr. Bixler introduces her to Suzanne (Lynn Sellers), his girlfriend and soon-to-be wife. Vada’s romantic dreams have been killed.

As with Harry’s story arc, Vada’s arc is not complete without her thematic journey.  Harry and Vada talk about Vada’s mother. Harry reassures Vada that it wasn’t her fault that her mother died in childbirth. At her creative writing class, she shares an eloquent poem about the weeping willow tree at the lake where she and Thomas J went fishing. She has learned to reconcile her loss with words to express her feelings.

In conclusion, the film My Girl demonstrates how a story arc can build and shape a character effectively in a screenplay. It works best when the arc covers opposite themes because the story can cover the most ground this way. 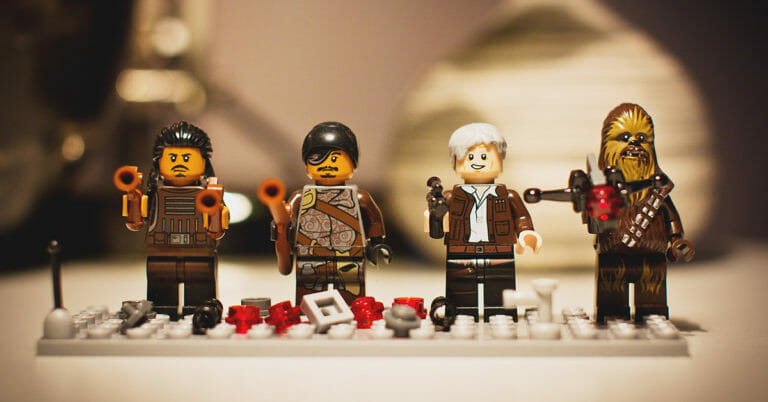