“Six years of ‘no’s” is what screenwriting partners Paul Wernick and Rhett Reese went through trying to get Deadpool off the ground. And yet they stuck with it — that perseverance alone takes talent. The hard work obviously paid off as the first film broke box office records and six years of no’s turned into one big fat “Yes” for the writers: time for a sequel.

That sequel, Deadpool 2, was discussed when Wernick and Reese recently sat down with Jeff Goldsmith and his podcast The Q&A. The writing duo also delved into their overall writing process, what it was like to have Ryan Reynolds join their writing group and the key to juggling self-referential humor and emotion.

1. Adjusting a writing partnership to bring another on board (in the form of Ryan Reynolds).

It’s difficult to imagine the character of Deadpool being played by someone other than Ryan Reynolds. It’s clear that this is his baby, the role, perhaps, he was born to play. So, in a way, it could have been worse for Reese and Wernick — by bringing Reynolds onboard as a third writing partner for the script, they weren’t just bringing on some actor. They were welcoming someone who had been with them from the start and was clearly devoted to the story.

Reese admits that their overall process stayed the same. “We sit in front of a corkboard with index cards and push-pins and we outline the movie. And then Paul and I, when it comes time to writing the screenplay, break up and we each have a copy of Final Draft, and we essentially split the scenes up and then write them and then email them to each other and edit each other… And all we did, in this case, was drop Ryan into that process…. We divided the scenes into thirds.” Wernick adds, “It’s a real gift to have him in our heads, all the time… We hear his voice speaking to us… He’s brilliant.” With a laugh, he says, “He makes us hate ourselves. He’s got everything.”

2. How to balance the distinctive tonal shifts.

The Deadpool series is known for its self-reflexive humor and wink-winks to the audience — while being packed with violent, whiplash action. It’s arguably more comedy than anything else, but there aren’t many comedies out there with this amount of bloodshed and death. Both Wernick and Reese knew that too much comedy could backfire on them and just create a spoof of a movie. As Wernick says, “I think you always have to have an emotional spine to your story regardless of whether it’s comedy or not a comedy. And in the first movie that emotional spine was Vanessa and Wade’s relationship. In this one, it was about family and indirectly about Vanessa and Wade’s relationship as well… It’s a very delicate dance to balance those tones.” He continues, saying the key is to shift quickly. “I think we’ve learned that you can’t stay in one tone too long without shifting into another or else the audience gets confused, ‘Am I supposed to be laughing now or not?’ So I think the shift in tones have to happen quickly.” As Reese puts it, “We undercut sentimentality with jokes and then we’re joking and joking and then we try to sock you in the heart.”

3. Handling the trickiness of the Domino character.

Speaking of managing tone, when it came to the new character of Domino, the writers needed to avoid falling into the trap of her coming off too silly. A character whose gimmick is being lucky? That’s not just a trap for silliness but also one for lazy writing. Wernick and Reese both knew that the audience wasn’t going to buy someone getting out of danger just by being lucky — that could only take them so far. So they turned to their self-reflexive humor.

Reese explains, “Someone who is lucky, someone who does have everything break her way, what would that personality be like? We thought it’d be a pretty great mellow life, right? Just be able to sit back and know it was all going to work out… We let that inform her personality and more smiles came out and more shrugs.” This type of personality acted as a great counter to Deadpool’s smarm for the writers.


4. Taking the risk and killing people off.

It’s not often you see superhero movies take the ultimate plunge and kill off their characters because, as Wernick and Reese admit, each character is a chance for the studio to continue to make money. A dead character is dead money. And yet, the writers took the risk and killed off everyone but Domino and Deadpool. Story-wise, how did they handle this? Again, the duo turned to comedy.

“We knew we were going to kill them so we thought, okay, what are the funniest characters to see die?” Reese says. “To us, it was about the sheer comedy of it. We thought it was going to be one of the funniest set pieces in the movie… I think it’s a testament to [the] breadth of a Deadpool movie’s tone because like it’s pretty crazy, pretty cartoony… and yet, it does fit in this movie… You’ve got people dying where you really feel it deeply.”

Again, the writers took a risk with this story beat, killing the love of Deadpool’s life off in the first few minutes. Not only would this be risky storywise, the writers knew, but it could turn off the audience as soon as the movie began. So for them, Vanessa’s death was about upping the story’s stakes. “In our first draft, they break up — she doesn’t die,” Paul explains. “And then we thought, oh no, we gotta up the stakes a little bit. And Deadpool movies work, I think Ryan always says it best, when you take everything away from him from the very beginning. We did it in the first and we felt like, well, what do you take away from him in this one? And that’s his family.”

Of course, this didn’t come without trepidation. “We worried about killing Vanessa so early. We did it before in G.I. Joe Retaliation with Channing Tatum and paid the price for it so we worried about it… how can the audience laugh anymore after such an emotional death? But in a Deadpool movie, people buy into it…” Killing her off helped set the tone straight off. “It gave us that emotional breadth that we needed to take us through the script.”

Listen to the podcast below:

Travis Maiuro previously taught the craft of writing while pursuing his MFA in Screenwriting from the University of Texas at Austin. He also writes about movies here. 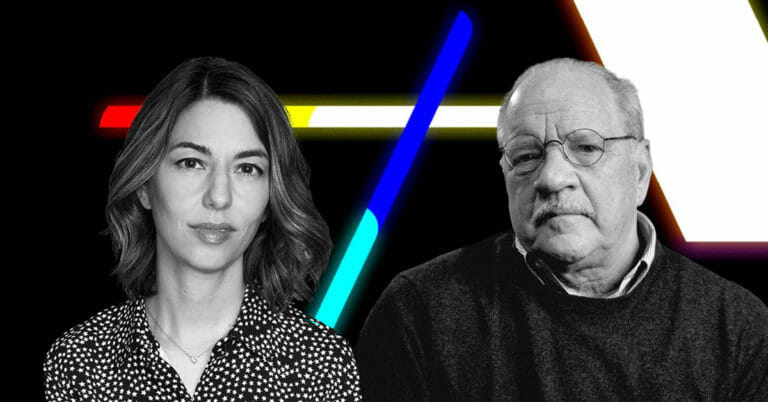