In retrospect, the film gods’ late deliverance of Martin Scorsese’s passion project might have been the resulting film’s ultimate blessing. Without those 26 years, the resulting Silence might have simply settled for being a controversial story (ala The Last Temptation of Christ, which, along with Kundun, forms something of a spiritual trilogy for Scorsese), instead of a necessary one.

As arduous as the Scorsese’s journey to realize his adaptation of Shusaku Endo’s 1966 novel is that of the story’s protagonists – Jesuit priests Rodrigues (Andrew Garfield) and Garrpe (Adam Driver), who are determined to rescue their mentor, Ferreira from the perils of Japan (Liam Neeson). All this in spite of a letter from Ferreira informing the church that he has, per the shogunate’s orders, publicly denounced Christianity.

Much like last year’s pre-Christmas/post-New Year’s Day release, The Revenant, Silence is a grueling watch. Such an effect is amplified with the film’s sparse use of noise and the technical crew’s uncharacteristic method of execution (Thelma Schoonmaker’s editing lets scenes linger; Rodrigo Prieto’s crisp photography is mostly static and basic pans). It’s through this simplicity that depictions of love for Jesus (at certain points subtitled as Deusu, a nice touch) subtly stir while the shoguns’ brutality ties knots in stomachs.

There is no better audience surrogate through this period of awe and horror than Garfield. Now free from the grips of the mega–franchise, the actor gets to reassume and build upon his earlier, better work previously seen in films like Never Let Me Go and 99 Homes. Even if the beard and, later on, the hair draws more attention, it is Garfield’s eyes that make the performance, displaying an excess of lightness and intensity that make every moment of the 162–minute quest worthwhile (even if it does get more devastating by the end). Garfield’s performance should not go unnoticed when awards season arrives.

It is good, then, that surrounding Garfield is a magnetic Japanese cast. Whether as anxious villagers — like the loyal Mokichi (Shinya Tsukamoto), steadfast Ichizo (Yoshi Oida) and the traumatic Kichijirio (Yosuke Kubozuka) — or relentless elites — like as magistrate Inoue (a delightful Issey Ogata) and an interpreter for the priests (Tadanobu Asano), the local cast brings palpable weight to their characters’ cause: keep on attaching to Paraiso or persecute them for favoring a religion with foreign roots.

And that is the more obvious argument that Silence summons. Moral clashes populate the film, and are delivered with both subtlety and otherwise, but they never feel extraneous or attempt to glorify a singular angle. As the film reaches its climax, the discussions that Endo raises become more ambiguous like the fog that often coats the scenery. They also have more sting as they grow to be more personal to Rodrigues, and with him being the viewers’ surrogate, to how belief is perceived.

Even with a more succinct portrayal (as the watch-readers in the theater might have wished for), these conflicts wouldn’t lose their impact thanks to a lean script from Scorsese and Gangs of New York’s Jay Cocks. But Silence’s drawn out, overly thorough inspection of the way people hold up their religion spotlights a society that is getting cozier with isolation and finding it difficult to curb intolerance. A crucial outlook, but one that sadly may not reach many audiences in the new year (good luck persuading people to start their 2017 cinematic journey with something this singularly intense).

Just a prediction, mind, but a shame should it turn out to be true. Here’s to a different result, then, for from this point onward it’s more important than ever to communicate with acceptance. Silence will definitely spark such a conversation. 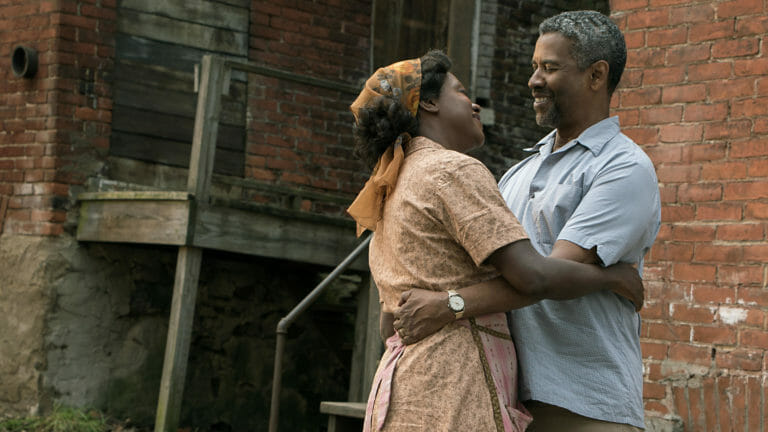