The Hunger Games: Catching Fire is all about cool style and hot bodies. Peeta Mellark (Josh Hutcherson) has the charming dimpled chin and Katniss Everdeen (Jennifer Lawrence) has, well, she has everything every man has ever dreamed of; she’s tough, she’s sexy, and she’s on fire. Not to mention that everyone is so cool in this movie. They fight like beasts, and they’re brave above anything else; Gale Hawthorne (Liam Hemsworth) takes a hell of whipping to defend a stranger’s life. Hot and brave make for the perfect combo to accompany your popcorn and supersized coca-cola.

In last year’s first installment, we were introduced to a futuristic dystopia in which its citizens are doomed to live in districts and condemned to fight for their lives in the annual, and televised, Hunger Games. This year’s The Hunger Games: Catching Fire is more of the same, and the world that’s created for these hot characters is awesome. Eyes are immediately riveted on the futuristic gadgets and the capital people’s creative wardrobes. Effie Trinket (Elizabeth Banks) is a wardrobe of captivating trinkets! She flaunts her futuristic dresses with style and coolness.

What’s different this time around, however, is that protagonist “Katnip” Everdeen has already competed in the Hunger Games and won, raising the big “plot” question: how in hell are they getting her to compete again? I mean, not that it’s her choice, she does what the “system” tells her to do, but, what plausible and believable reason could propel her to compete again? And not only her, but, lover boy Peeta as well. In the first film, Katniss volunteers in place of her cute little sister, Prim (Willow Shields), so the selfless and altruistic “take me in place of her” angle can’t be repeated. So this time around, Katniss is thrown into the Hunger Games because of the 75th-anniversary Quarter Quell, which will choose its competitors from a pool of past victors. Unfortunately for Katniss, her district only has one past female victor to choose from: her.

So again Katniss is doomed to fight for her life and thanks to the Oscar-winning screenwriters, Little Miss Sunshine’s Michael Arndt and Slumdog Millionaire’s Simon Beaufoy, the reasons are plausible. Not only does the movie have cool and hot characters its story moves along nicely and with exciting twists.

The revolutionary “disease” attacking the district people’s minds is another interesting difference from the first movie. Although the people do hate the fascist type government in the first movie as well, in this Hunger Games, a hope for change has started to cause a slight agitation; right from the beginning we learn that President Snow (Donald Sutherland) is not happy. Of course, Katniss is the hero at the root of this revolution who has taught them that sometimes you can get away with screwing with the system.

Certainly an appealing action blockbuster for its “blockbuster-ish” looks and sex appeal, but with more challenging to predict twists and an angry message that appeals to many. Katniss is the heart of a revolution, and I applaud her for being the only girl I know who can kill like twenty monkeys in a minute with a bow and arrows. Heck, she’s the only girl I know who can shoot a bow and arrow…period. Pretty cool. Out of the Furnace: Oscar Worthy Performances Nebraska: On the Road into the Neglected Past 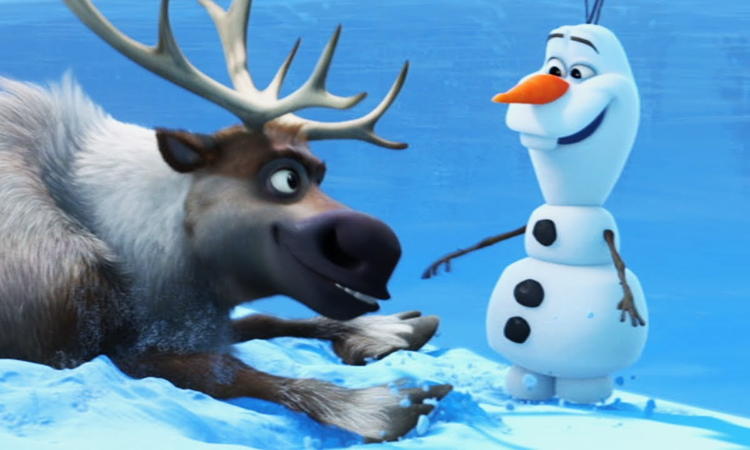