Since the late 90's and early 2000s, Zane has been the reigning queen of urban fiction’s popular black erotica sub-genre. Pre-50 Shades of Grey, dozens of her novels were crude exercises in camp that comically took themselves too seriously. That’s alright. However, black women bought them in droves. For once, there was something for them equivalent to those cheesy romance novels featuring women leading unexciting lives until a chiseled chested man comes for the eventual sweeping of the feet. Except taking the sexual exploits of characters to the edge or delivering several organisms per paragraph. Though her debut with The Sex Chronicles: Shattering the Myth was a game changer for a then niche genre, follow-up Addicted essentially solidified her as a literary rock star. The novel focused on the exploits of Zoe Reynard, a businesswoman who is essentially dealing with sex addiction caused by childhood trauma along with its destructive effects on her career and family. Of course, it also displayed Zane’s approach for ignoring subtlety even at the most serious times.

This is something that becomes a blessing and curse for the Bille Woodruff directed adaptation of Addicted. Staring Why Did I Get Married’s Sharon Leal in the lead role, she and the supporting cast do an admirable job with the wonky material presented. However, Addicted’s biggest problem is by the time its hour and forty-five minute runtime ends, it doesn’t know if it wants to be a serious look into sex addiction and marital infidelity or B-movie thriller. Films like Lars von Trier’s Nymphomaniac did a great job of blending the visceral and thought provoking around its subject matter. Addicted feels like a higher budget episode of Zane's Sex Chronicles on Cinemax. That mean soft-core sex mixed with bland melodrama. Though jarring, the film’s last few minutes runs into Thriller territory before leaving common sense alone and giving moviegoers an unsatisfying payoff. Even in dealing with the issue of sexual addiction, there are some confusing points made which could be the fault of the source material.

It’s revealed within the film’s last three minutes that the root of her sexual addiction stems from being raped at ten. The revelation almost feels like an afterthought.

Addicted doesn’t seem to understand the difference between actual sexual addition and dependent personality disorder or love addiction. When Zoe begins an affair with Quentin (William Levy), it seems more like a flat out romance including candle light and morning breakfast. Quiet a shame considering the central cast and Joseph White’s cinematography get the job done setting the mood perfectly for each scene. Especially, sets that are juxtaposed around the home Zoe shares with husband Jason (Boris Kodjoe), her mother (Maria Howell) and children and beautifully lit club scenes involving random hookup turned stalker (Corey) Tyson Beckford.

Expect Addicted to make the bottom tier list of Wal-Mart’s urban section within the next couple of months. Those who are fans of Zane’s Sex Chronicles know exactly what to expect and those who don’t will probably be disappointed. Everyone else, hopefully they can leave their mind at the door and just enjoy the fluff for what it is. 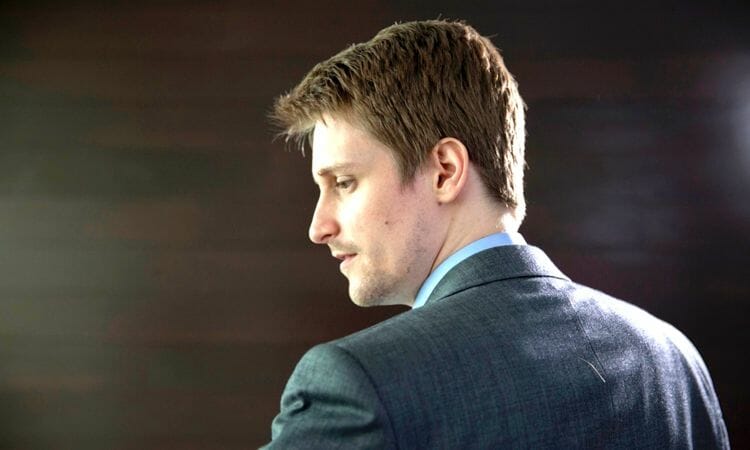 Citizenfour: A Disturbing Look into Edward Snowden’s Battle with the NSA