Twin boys Lukas and Elias (brothers Lukas and Elias Schwarz) are inseparable; should one of them do something, the other follows suit without question. Judging by the sun-drenched scenery and lightweight clothing, summer is the season and the boys are spending their break in a vacation home wedged between the cornfield and the woods. The house has an owner: a lanky lady (Susanne Wuest) whose face is covered in bandages following an operation — she identifies herself as the boys’ mother. Lukas and Elias believe otherwise, and from their doubt stems a series of “tests” with escalating twistedness.

To borrow a fantastic quote from a friend: “Goodnight Mommy is the Pepperidge Farm of the horror genre.” In what could be seen as the breeze of fresh air for modern horror, the film relies on images for storytelling and atmosphere to scare. The experience is slow, but every dose of discomfort will seep into your skin. To introduce some frights is a must, but their purpose goes beyond indicating when audiences ought to hide behind their hands. With such care in the craft and clear evidence of thoughtfulness from directors/scribers Severin Fiala and Veronika Franz, Goodnight Mommy is more than Saturday-night Blumhouse fare. This is an exhibition of fear that gets the brain working.

Like M. Night Shyamalan’s recent film The Visit, Goodnight Mommy’s hook lies in answering the question that plagues the main characters, and the most clever audience members might find themselves guessing the twist within the first few minutes. While many have expressed disappointment over this fact, the film seems to have no intention of being judged solely on its revelation. It's the journey, and not just the destination, and with Martin Gschlacht’s unnervingly serene cinematography, Olga Neuwirth’s eerie music and the distant-but-interesting acting from the three key performers, there’s much to enjoy beyond how the puzzle pieces fit together.

That said, Goodnight Mommy isn’t without issues. A sequence involving two Red Cross Collectors fails to tread the line between being fearful and meaningful, serving only the former for an unwelcoming amount of time. Also, and perhaps this is a cultural issue, but if a homeowner doesn’t answer the door, shouldn't the next step be to walk away? Complaints that the film’s final act enters “torture porn” territory are understandable but unwarrented. Unlike Saw, Hostel and most recent slashers, the bloodletting and pain-inflicting in Goodnight Mommy exist to serve to the film’s themes rather than satiate one’s thirst for silver-screen gore.

In Goodnight Mommy, every movement of the camera is meaningful and cinematic – increasing tension, showing desperation, etc. – and sheds light on the film's themes – of which recognition, transformation, self-validation and repercussions are all central. To add another layer of brilliance, the film’s story is compelling from both the mother’s perspective and the boys’, muddling the hero/villain concept and encouraging a second viewing. The stateside trailer for the film earns top marks for editing and attention-grabbing, yet it has completely misrepresented Goodnight Mommy. Akin to Carrie, the film is a tragedy with shocking sequences, but the marketing department’s focus on selling the film as a schlocky horror fest has flooded message board with complaints that the movie is too slow. Adjust expectations accordingly, but if you prefer a more psychological horror experience by way of The Shining, then you won't be disappointed. 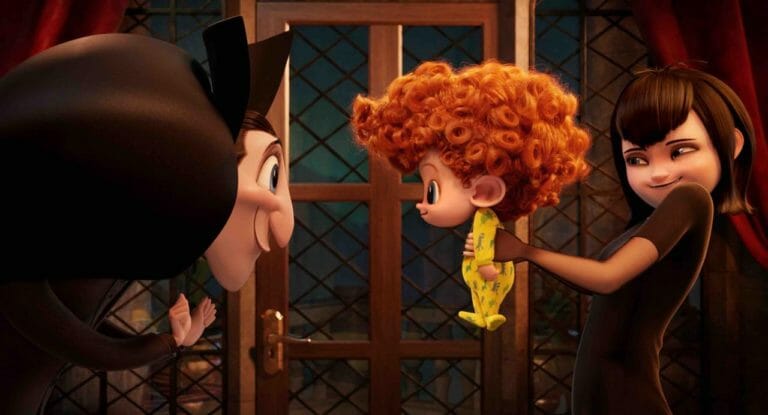