Between seasons, HBO decided to release a little mini-episode of True Blood to keep the fans breath ultra-baited as they impatiently waited. This mini-episode follows Sookie (Anna Paquin) on her journey through to the realm of Fairy where she meets her grandfather, Earl Stackhouse (Gary Cole), and discovers that everyone there is being held captive through illusion. When she doesn’t eat the offered fruit, the façade of pleasant beauty drops and the fairies can be seen in their true, hideous form. It turns out that the fairy queen Mab (Rebecca Wisocky) has been collecting all the people with fairy blood so that she can seal the portal between her realm and the world of man. Now, this sounds mildly exciting, and it even starts out somewhere between normal and cool when the mini-episode begins, but the makeup and sets fail to deliver once the true forms are delivered. We go from being in an exciting new part of True Blood to being in a generic fantasy production shot somewhere in Palmdale that could’ve been done better by the Syfy Channel.

To add insult to injury, HBO decided to lead their season 4 premiere episode with this abomination. It seemed that someone finally figured out how to torch a good show instantly instead of letting it fade away into unlikeable irrelevance. But just as I was seriously contemplating an angry letter, I noticed that the rest of the show was not as horrid as the interlude into fairy had been. Sure, things were progressing a little haltingly, but the strings of a good plot from previous seasons were found and reconnected. Apparently, we find out first from Jason (Ryan Kwanten) and then from Bill (Stephen Moyer), Sookie was in fairy for over a year, and now she must get accustomed to the changes that have happened while she was gone. The characters are the same people/vampires/shapeshifters we’ve come to know and love, but there’s a year of intrigue to catch up on.

I, of course, must lower my rating of this episode due to the extreme lack of manly vampire hotness. Hell, even manly human hotness was lacking. We get a quick peek at Sam (Sam Trammell), but it ain’t sensual, and that fool is always taking his clothes off anyway. However, fans of the female form can expect some steamy action and suggestive sneak peeks that’ll keep ‘em riled and ready for the next episode.

Other features that’ll keep fans riled and ready are the multiple cliffhangers that end this premiere. Sam, Jason, Lafayette (Nelsan Ellis), Sookie, Bill—the audience is left with a “what if” on all of these characters. It is delicious. I felt like I was in one of those old-timey mystery stories where, after a grand revelation, all the characters gasp one right after the other—except I was the one gasping. This season is going to be great because all the seeds are right here, lovingly placed to ensure exciting and twisty stories that overlap and crash and shock.

Did the beginning suck? Yes. Absolutely.

Did the show redeem itself? Definitely, albeit haltingly at first.

Tune in next week? Without question, of course.

Go back to fairy? Please, please, please HBO, don’t. Don’t. Unless you fire your makeup and production design teams and replace them with a recommendation from Peter Jackson, stay the hell out of there. 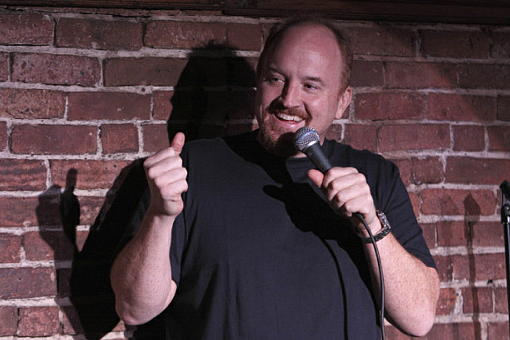