Girls began as a cultural phenomenon. This generation’s Sex and the City. Many labeled Lena Dunham “the voice of a generation.” And for its first two seasons, it didn’t live up to the hype.

The third season culminated in what is probably the most satisfying episode to date. This is not to say that all plot lines were nicely wrapped up or even that what viewers wanted to happen did, but the finale gave us what we had been yearning for all along: growth.

Lena Dunham’s Hannah Horvath has always been frustratingly selfish. Funny at times, and revealing at others, but still the same self-centered “writer type.” Her friend group has been the same as well. None of the four girls have really shown any development at all. Jessa (Jemima Kirke) went to rehab, connived her way out, and then returned to her old drug-using self. Marnie (Allison Williams) insisted on continuing her singing aspirations again and again and again to the point where I think everyone watching wished she had given up on her dream. And Shoshanna (Zosia Mamet), poor Shoshanna. She tried to be more fun but merely fell back to her over-neurotic self time after time. These characters were all static. Every time drama went down, they responded how you would expect them to.

Until this last episode.

Season three was full of real-world drama. Jessa, mentioned before, went to rehab. Hannah’s editor died. Adam (Adam Driver) was cast in a Broadway play. Marnie was exploring her relationship with Ray (Alex Karpovsky) in secret for much of the season. Hannah’s grandma died. The girls fought, came together, fought some more.

And they finally changed. At least a little bit.

The writing throughout the season was very much on par with the rest of the previous episodes, but the finale was quite refreshing. It wasn’t the same old recycled selfishness. It showed selfishness with purpose. And it also helped bring about some major character shifts.

First, let’s talk about Hannah, our notoriously self-centered protagonist. Throughout the season, we’ve seen her grapple with this character trait. Adam pointed it out multiple times, most notably when Hannah was persistent about the future of her book at her editor’s funeral instead of focusing on the loss and the deep emotions that she should have been feeling. Nearly everything Hannah does is terribly selfish in the worst way possible. However, in the finale when she learns she has been accepted to graduate school, she is forced to make a decision—stay in New York with Adam, who is already slipping away into Broadway, or go to Iowa and be part of the best MFA program out there. And in this case, it seems, Hannah’s selfishness pays off. We are left to assume that she plans on going to graduate school and leaving Adam, which, while sad, is the kind of decision I’ve been waiting for from Hannah. No longer is it her self-centeredness that dominates the decision, but her life goals and her ultimate happiness. She finally made the rightly selfish decision, a self-improvement form of selfishness that will allow her to take the next steps to a future where she won’t be stuck writing terrible advertisement articles.

Then there are the other three.

Each of the others has shown some semblance of growth, whether that has been done over the course of the entire season or just in the last episode. Jessa, perhaps, has the most significant change right in the finale. She is, or at least appears to be, sober and helping out the crazy old artist who wants Jessa’s help with her own suicide. Jessa makes decisions and is then ultimately faced with regret, and she handles it in the most mature way we’ve seen her act throughout the series. Marnie finally moves from her pop star dreams (thank god!) and becomes musically (and emotionally, a little bit physically) involved with Adam’s fellow actor. She perhaps shows the least amount of change, but between her musical tendencies and her final acceptance of her relationship with Ray, it would seem that Marnie’s character is on the upswing. Shoshanna has had her ups and downs, and given that she is still in college (and not graduating due to a failed class), I’ve often wondered why she is even included in the friend group. She has never shown any depth; her neurotic, spastic nature has been her only real identifiable quality. But when she learns of her incapability to graduate, she goes crazy in the best way possible. We see Shoshanna with real emotions, not just quick sentences and a shaky voice. She is frustrated and more than angry. Her anger marks a turning point that has yet to be truly revealed until next season, but again her progress is very encouraging.

Season three should be called the “no bullshit” season because that’s exactly the precedent it sets going forward. All of the girls were called out, yes, and they had to stare their worst qualities in the face, but sometimes to get past the bullshit, you need to sit in it for a while. Seasons one and two were a lot of that sitting and character forming and during those episodes the main girls seemed quite stagnant. The emotional growth shown this season is encouraging for every season going forward.

Dunham seems to have found her stride and it’s exciting to see where her characters will go next under her pen (or keyboard). 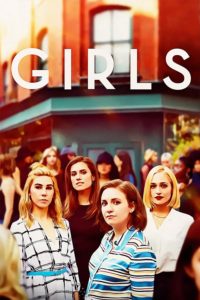 Orange Is The New Black: Getting Prepped For Season Two