What screenwriting wisdom can screenwriters learn from The Twilight Zone‘s creator Rod Serling?

Here we turn to an amazing series of student talks with Rod Serling at Ithaca College in 1972. We’ve pulled the best nuggets of writing wisdom from 15 of these videos. Be sure to watch each and every one of them (each of them average just two minutes or so in length, give or take a minute).

1. Where Do Ideas Come From?

“Ideas come from the Earth. They come from every human experience that you’ve either witnessed or have heard about, translated into your brain in your own sense of dialogue, in your own language form. Ideas are born from what is smelled, heard, seen, experienced, felt, emotionalized. Ideas are probably in the air, like little tiny items of ozone.”

Serling goes on to say that finding ideas is the easiest thing on Earth. But the hardest thing is getting them down on paper.

“Because I am writing in an art form, the whole function of the art form is to be translated to other people. There’s an emotional experience to be shared. Consequently, it isn’t just me in my tower. It’s how people react to what I write.”

Serling was responding to a student who mentioned that Fellini had said that when he makes a film he doesn’t care what the audience thinks about it. Serling had a quick reaction to that, later stating the above quote that points to the fact that art is meant to be seen by others.

You, the screenwriter, are writing for an audience. The whole point to what you are doing is to tell a story to an audience. So you should be thinking about the audience, first and foremost, when writing your script. You need to write it in a way that is going to connect with someone other than you, the writer.

3. Don’t Be Afraid to Touch on Contemporary Causes in Your Work

“Of course you’re going to overconcern yourself with issues. It’s right that you should do so. And it’s expected. This year. Next year. But not three years from now. Leave that soapbox behind.”

Serling is pointing to the fact that, yes, writers should speak on causes regarding current events and social issues. Political ones even. But it only works if you keep them current and don’t beat a long dead horse.

4. There Are Many Ways to Tell the Same Story

“Even the best read of us… aren’t totally aware of all the classic literature and you’ll come up with a plotline which you think is altogether unique, and you’re wrong.”

He went on to discuss a Twilight Zone episode, only to later learn that the same concept had been done by a few other writers beforehand, including Chekov. The group of students was asked by Serling to take that same plotline and explore different ways to tell the story.

There are many ways to tell the same story and chances are someone has covered the “unique and original” concept you’ve conjured in some way, shape, or form. But it’s about how you tell your version of that story.

5. You’ll Always Find Yourself in Your Writing

When asked if Serling finds his own philosophy within his work, Serling’s response was a quick, “Forever. Constantly. And sometimes to my undying discredit. I think it’s totally [unintentional]. I think it’s a purely subjective exercise. I don’t think I’m aware of it.”

He goes on to point out a great writing tip. Referencing his own work as a dialogue-driven writer in his eyes, he states that when you close your eyes and listen to some of his best and worst work, everyone sounds the same. They sound like him. And that is something that he always feels the need to work on. He goes on to say that the worst dialogue is guilty of that.

When asked if he works from notes and outlines or just takes off and writes, Serling replied, “I take off and write out of a sense of desperate compulsion.”

He jokes that he writes as if he had just received bad news from the doctor. But he does go on to point out that many writers, finer than him, are very analytical in their writing and work extensively from notes, outlines, etc. It’s just not something he does.

“I think self-knowledge is one of the beautiful and marvelous creative aides that we have. Know thyself.”

8. Writers Are Born, Never Made, However…

“All writers are born. They’re never made… on the other hand, we can sharpen the width of the writer. We can point out style to him. We can use the criteria that is age-old. Three thousand years of theater. That he can utilize to make a judgment on the value of his own work. We can show him what can move people.”

Storytelling instincts and the drive to tell stories can’t be taught. But certain skills can make a writer better.

9. Put Yourself to the Test

“I too often hear from students, or from anyone. I get this in the mail through correspondence… ‘I’m not a writer, but I’ve got this idea. And if you could just write it.’ Well, that’s not the key question. The key question is, ‘Can you sit down and write it?”

Screenwriters need to do the work. And if you don’t want to be a screenwriter, but have a “great” idea, then you should either put forth the money to hire a screenwriter to write it and work as a producer or you should find something else to do with your time.

“Very often I find that, within the framework of the science fiction or fantasy genres, the use of traveling back in time is a very effective way of producing contrasts, of producing a kind of free-wheeling storytelling device.”

He goes on to explain that his personal wish in life would be to be young again. And that points to much of his work.

11. Build Your Story Around a Strong Ending

“That’s the most singularly difficult part of the act of creation. Particularly in story form. I can tell you a thousand plots, brilliant premises, that’d really knock you out. And as a producer of a show I’ve had writers come to me and say, ‘Gee, I’ve got a notion.’ And they then proceed to tell you a brilliant notion. To the point of the climax. And that’s where everything dissolves.”

When asked how you overcome that, his suggestion was to develop a great ending first and build the “house” around that strong climax.

“But way down deep, who do you have to satisfy? Yourself.”

Serling was asked about what writers should do once they’ve written something. His reply was to find someone you trust, who can look at the work objectively and offer an authentic viewpoint. But, in the end, you need to satisfy yourself first.

13. Creativity Is Nothing Without the Act

“The instinct of creativity must be followed by the act. The physical act of putting it down for a sense of permanence.”

Ideas are nothing until they arrive on the page in full form.

14. Master the Essence of Character Motivation

“[The Climax] must be valid. It must take the various character traits of the individuals involved in your story and make them do something or react to something as their nature dictates.”

Your characters and their actions within your story must be valid. They need to be consistent with the character you’ve created. If they do or say something, you need to provide a believable reason why they’ve done or said that something. 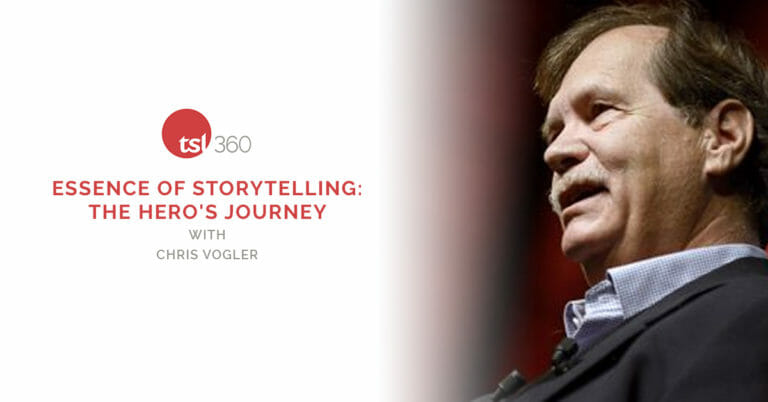