What are some words of screenwriting wisdom from director Akira Kurosawa?

Welcome to our ongoing Learning from the Masters and Industry Insiders series, where we seek out and feature excellent videos, interviews, and discussions of the art, craft, and business of screenwriting and pull the best words of wisdom, writing tips, and screenwriting advice.

Here we turn to The Script Lab‘s shared Akira Kurosawa on Screenwriting video — and the expanded version on the Ullas K S YouTube channel — as the late director offers inspiring screenwriting and filmmaking wisdom. We then offer our own elaboration on his words.

If You Want to Become a Better Director, Write Screenplays

“It costs a great deal of money to make a film these days. And it’s hard to become a director. You must learn and experience various things to become a director, and it’s not so easily accomplished. But if you genuinely want to make films, then write screenplays… it’s only through writing scripts that you learn specifics about the structure of film and what cinema is.”

While many of our finest directors rarely wrote the script to their own movies — Alfred Hitchcock and Steven Spielberg to name a couple — there’s no escaping the brilliance of auteurs like Martin Scorsese, Quentin Tarantino, Paul Thomas Anderson, the Coen Brothers, Woody Allen, David O. Russell, and Christopher Nolan.

Writing screenplays is the only true way to understand how to fully master cinematic structure and characterization. When you’re making your own films as you start out, the ability to write stories for film, as well as direct them, helps to solidify you as a cinematic storyteller.

Read your favorite screenplays for Free at the TSL Screenplay Library!

“Balzac said that for writers, including novelists, the most essential and necessary thing is the forbearance to face the dull task of writing one word at a time. That is the first requirement for any writer.”

Too many novice screenwriters believe that having a strong idea or concept for a feature film or television series is all that is needed — it’ll write itself beyond that. Nothing could be further from the truth.

Everyone has what they believe to be great ideas for movies or TV shows.

The real artistry is fleshing out those ideas into full-blown stories with great structure and compelling characters.  To create an evolving conflict that drives the narrative well enough to keep the audience engaged and compelled to read on or stay tuned in.

Writing Has to Become Second Nature to You

“The tedious task of writing has to become second nature to you. If you sit down and write quietly the whole day, you’ll have written at least two or three pages — even if it’s a struggle. And if you keep at it, you’ll eventually have a couple of hundred pages.”

He goes on to say that young people often don’t understand what it takes.

“They start and want to get to the end right away. When you go mountain climbing, the first thing you’re told is not to look at the peak. But to keep your eyes on the ground as you climb. You just keep climbing patiently one step at a time. If you keep looking at the top, you’ll get frustrated. I think writing is similar. You need to get used to the task of writing. You must make an effort to learn to regard it not as something painful, but as routine.”

You will know and understand when you’ve made a leap in your screenwriting once you feel that it’s second nature. It will always be difficult in one way or another. You’ll always be forced to problem-solve story and character arcs. But when your writing becomes second nature, and you understand that these issues are just part of the process, you’ll be able to embrace that process and the work will just work itself out.

Read Books to Fill Yourself with Ideas to Write About

And it doesn’t stop at reading. Since screenwriters are writing in a visual medium, it’s important to fill yourself with imagery, visual emotions, and cinematic storytelling cues by watching movies and television.

Ingesting stories and characters from novels, movies, and television feeds your brain and gives you a well of ideas, concepts, scenarios, and cinematic emotions to draw from.

Watch both versions of this amazing interview below! 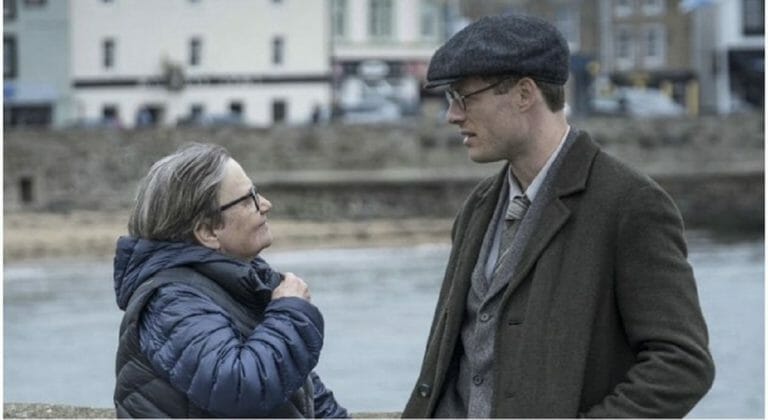