1. Make Sure the Story Always Surprises

“You want to make sure that people are propelled. That the story always surprises. Twists and turns… here are the two things to always remember. Set up some payoffs and reversals. If you know those, you’re golden.”

He offers a memory of a skit he once watched on the show Hee-Haw. There are two guys talking:

“You hear about Jeb?”

“Well, Jeb was flying a plane and, well, he fell out of an airplane!”

“Well, actually that’s good because he had a parachute.”

“Well no, that’s bad because the parachute didn’t open.”

“Well, that’s good because he had a reserve shoot.”

“No, it’s bad because it had a hole. It isn’t functioning. Now he’s plummeting.”

“No, that’s good because he looks down and there’s a haystack under him.”

“No, that’s bad because there’s a pitchfork sticking up out of the haystack and it’s pointed up…”

“No, it’s good because he missed the pitchfork.”

“No, that’s bad. He missed the haystack.”

That’s what you should be doing in your screenplays. Give and take, give and take.

2. Know What You’re Good At

“It is important to not necessarily define or say to yourself, ‘This is the kind of movie I do.’ But to just know that there’s something working there. So that at the end of the day, maybe it takes you ten scripts before you look back in retrospect… what emerges, based on the influences you’ve got behind you, and the experiences you undergo, a style and a breath, and a shape emerges in the work.”

It’s not about regulating yourself to just one genre or one type of screenplay. You can always branch out and write different things. But it’s important and smart to understand what you’re good at and what calls to you as a screenwriter.

“Block out a piece of time. Give yourself a week. You may waste the first two days, but you’ve got four more or five more left. That’s the point. Also, I find something really powerfully effective by making every day the same. If you get up, and sort of make your coffee, you eat the eggs, you sit down and take last night’s pages and you go through them again — the 24-hour test. You make some corrections. You set them aside. You take your outline, you start a scene, you stop, you take the dog for a walk, you come back, you look at the corrections again and make sure they make sense. Now you type those out. Now you go back to the scene… every day the same. And what happens after two or three days is you get momentum. It becomes routine… it’s a process that becomes problem-solving instead of fear.”

There’s no single routine that’s right for all. The point is to find your routine and stick to it instead of trying to grab an hour here or there. When you nail down a routine, that fear of writing turns into mere routine problem-solving.

4. The First Script Is Not Going to Sell

“The first script you write is invariably not going to sell. Pretty much. Mine didn’t. Not the first one. The first one is a piece that you use to represent yourself as your best work. And you should have it ready when you get to town. You shouldn’t come to L.A. with a couple ideas… they won’t necessarily buy your script but they’ll say, ‘Let’s get this guy to write something else.’ It’s a calling card. Always have one or two pieces of your best work available as a calling card to show people that which you’re capable of. And then they’ll hire you to write something else and eventually maybe you will get those scripts [sold].”

It’s important to remember that Black is talking about those first scripts that are your best work. They may not necessarily be your very first screenplays — likely not. But when you get to the point where you have one or two scripts that represent your best work, you will use those as calling cards to get noticed. You likely won’t sell them.

So screenwriters need to lower those expectations of selling their first scripts. It’s a process that only begins with those first great screenplays you’ve written and doesn’t necessarily end in you selling them.

“Don’t talk about, ‘Someday I’m going to write a book [or screenplay].’ Write the book. There’s a typewriter. Sit down and tap the keys and just start doing it. Just do it. Just do it.”

It’s intimidating to embark on your screenwriting journey, whether it’s the first script, second, or third. You’ll naturally come up with any number of excuses. You’ll blame writer’s block. You’ll blame Hollywood. You’ll blame the odds against you. You’ll blame your life and your lack of time.

Just sit down, lean over that keyboard, and start tapping those keys. Just do it. 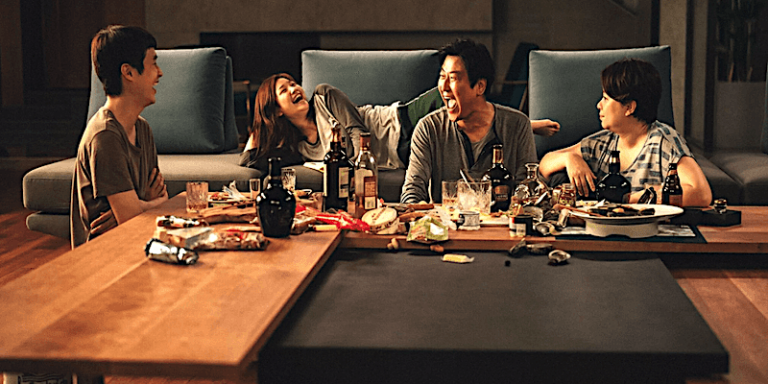 The Best Lesson I Ever Learned: Remember What Success Means to You with Darrien Gipson