Stuck sitting with that blinking cursor at the top of the page? Trust me, you’re not the only one.

Starting a screenplay is the hardest part. But if you consider your beginning as important as any other element, starting to type will actually end up being a lot easier.

Take a look at some of these techniques for starting your screenplay. You never know, maybe one will work for your story!

Some screenwriters take a page out of novelists’ books and begin their screenplays with a relevant quote of some sort. It’s not the most common type of opening because the quote needs to really connect with or illuminate the overall theme of the movie, but when it works, it works well.

Example #3: The Big Short – Download the screenplay here for free.

2. WITH A DIRECT ADDRESS TO THE AUDIENCE

Other screenwriters use title cards to address the audience directly before any visual appears on the screen. This technique usually sets the mood of the movie, as the screenwriter is using words to subtly inform the viewers about what kind of mindset they should be in as the movie starts. Take a look at the below examples to see what I mean.

Example #2: 500 Days of Summer – Download the screenplay here for free.

Film is a visual medium, and one of the strongest ways to start your screenplay can be with a captivating visual of some kind. All movies begin with a first scene, obviously, but there are some that specifically use a visual cue to introduce the audience to the story itself. Whatever the visual is, it represents what’s at the very heart of the movie.

Example #1: Shape of Water – Download the screenplay here for free.

4. WITH SOUND OVER BLACK

Like starting with a visual, starting your screenplay with sound can also throw the audience right into your story. Maybe it’s an important song, a chanting crowd, the sound of a space shuttle, or a light gust of wind — the sound must tell a story in and of itself in order for it to be a strong enough opening to your screenplay.

Example #1: A Star Is Born – Download the screenplay here for free.

A LOT (and I mean A LOT) of movies begin with voiceover. While some screenwriters use a third-person narrator, many more use a character from the film to introduce the audience to the story. And, sneakily, that character usually shows up in a scene right away so that it’s not *technically* considered a true voiceover.

Read: 6 Screenwriting Lessons to Learn From Dan Fogelman’s LIFE ITSELF

Example #3: Me and Earl and the Dying Girl – Download the screenplay here for free.

6. WITH LOTS OF ACTION PARAGRAPHS

I will warn: usually this kind of beginning doesn’t work. That is, unless you’re someone like Wes Anderson. If the world your story is set in is so unique, so charming, so different that it takes precedence over any of the characters, then by all means, start your screenplay with paragraphs upon paragraphs of description to set up the world the viewer has plopped down in.

Learn why the script for A QUIET PLACE works so well with this free guide.

And, if none of those options flatter your fancy, you can always go with the industry standard: “FADE IN.”

Probably the most typical way to start a screenplay, the phrase “fade in” literally means that the film will begin by fading in from black. If you’re unsure of how to start your screenplay, you can’t go wrong with these two words. 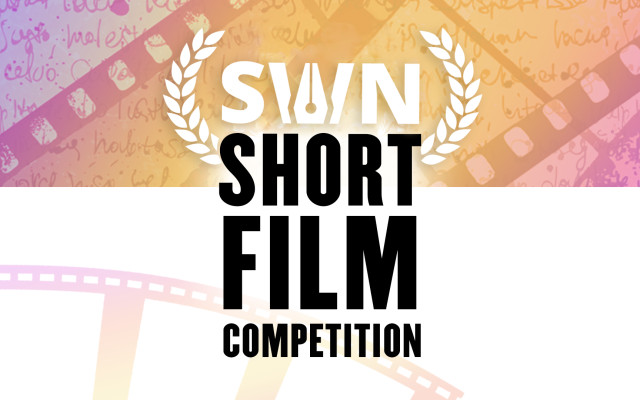