Your Character’s Goal: Raise the Stakes

You have a character.  That character has a goal.  And there are obstacles to achieving that goal.  That’s all you need to create a suspenseful story, right?  Wrong.  There’s one more element.  And it’s the one that’s often forgotten.  There needs to be something at stake if your character fails.  Or else there’s no reason to care.

The goal and the stakes for not achieving that goal are like opposite sides of a coin.  One represents hope and one represents fear.  That’s why it’s helpful to have an “all or nothing” goal, where there’s a clear line between success and failure.

To make sure you have enough at stake, the audience should feel that your character’s emotional (and maybe even physical) well-being for the rest of their life is contingent on their getting what they want or need at the end of the story.

The idea of two people being “soulmates” is a storytelling convention older than Romeo and Juliet.  In real life, if we fall in love with someone and it doesn’t work out, we might be heartbroken.  But, in time, that feeling will pass.  “There are plenty of fish in the sea,” the saying goes.

In a movie, if a character is in love with someone, the audience should believe that that person is the only man or woman for them.  If the audience feels that the character will get over it and move on if things don’t work out, there’s not enough at stake.  But, if they feel that this is the character’s one chance at “true love” then the stakes are almost life and death.

For the stakes to be truly compelling, the audience should feel that your character will never recover if they fail to achieve their goal.

In The Verdict, Frank Galvin says “There are no other cases.  This is the case.”  He’s not just trying to win a lawsuit.  He’s trying to save his morally-bankrupt soul.

In Good Will Hunting, if Will doesn’t break down the walls he’s put up after years of abuse, he’ll forever squander his gift and close himself off from love.

The climax of your movie should be the most pivotal moment in your character’s life.  The rest of their life should be at stake. 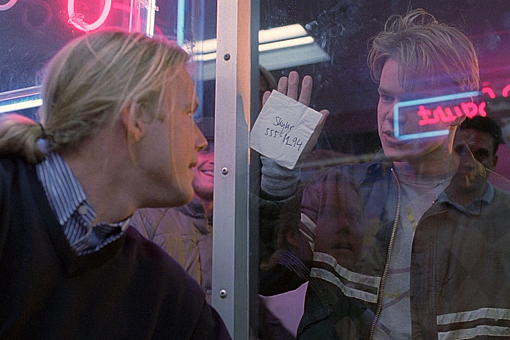