The original The Office was a great launching pad for new and hitherto undiscovered talent. Its leading man and co-creator, Ricky Gervais, became a huge screen star on the back of it, although it is arguable that he has never come close to recreating the genius of The Office; its co-creator, Stephen Merchant, has himself become a hugely successful performer and writer, in the process establishing an unlikely screen partnership with “The Rock” (aka Dwayne Johnson), most recently on wrestling movie Fighting With My Family (2019); and Martin Freeman, the loveable loser Tim, has become one of the most successful and respected British character actors (and occasional leading man) in everything from Sherlock to The Black Panther. Nevertheless, for all the success of his former colleagues, it is possible that the greatest talent to emerge from The Office is Mackenzie Crook, who played the loathsome Gareth but has gone on to become a successful “WDA” (Writer-Director-Actor) on one of the greatest British sitcoms of the 21st century so far, Detectorists.

Unlike The Office, it is highly unlikely that Detectorists will become a kind of global franchise, with an American remake whose stars will eventually become major movie stars (as was the case with Steve Carell, the lead in the American version of The Office). That is because Detectorists is so uniquely British, telling the story of quintessentially British characters pursuing a quintessentially British obsession, namely metal detecting. Few other countries, especially America, can match the long and varied history of Britain and even fewer can claim to have the same number of determined eccentrics who spend their lives (and precious spare time) engaging in “treasure hunting”.

The title of Detectorists is itself a joke. As the two leading men – Andy (played by Crook himself) and Lance (played by the truly great Toby Jones, in the role that really made him a star in his native Britain) – continually point out to non-treasure-hunters, the instrument that they use is a “metal detector”, whereas they themselves are “detectorists”. It is the kind of important but still petty distinction that absolutely defines Andy and Lance, men who in many ways are more at home in the past (even an imagined one) than they are in the increasingly cold and heartless present.

Detectorists was first broadcast in the autumn of 2014 on a relatively small and unwatched digital channel, BBC4, but it was soon so successful that it was reshown on the bigger (and terrestrially based) BBC2. The first series established the world of Andy and Lance, and in many ways it is a truly beautiful world. That was because Crook sensibly realised right at the start that a show about treasure-hunters could not realistically be confined to a studio and instead had to be shot outdoors, in the bucolic and beautiful English countryside that provides Andy and Lance, and the rest of their treasure-hunting friends, with the respite from their ordinary working lives that they so obviously need.

By day or during the week, Andy is an “agency worker”, doing everything from mowing lawns (and motorway verges) to painting lines on the road, while Lance works in an agricultural goods depot, again doing everything from loading crates to driving a forklift truck, and it obviously pays so little that he has to steal some of the food for his own evening meals. But once they have put away the mower or the forklift truck, Andy and Lance are transformed into amateur historians who are convinced that they are only ever one “bleep” of their metal detector from the discovery that will make them their name and their fortune.

Largely because it is filmed outdoors, Detectorists eschews the use of a “studio audience” or “laughter track” (i.e. canned laughter), and instead concentrates on the small (often minute) talk of Andy and Lance as they go about their metal detecting, which ranges from their beloved University Challenge (a high-brow gameshow that they both watch passionately, trying to answer the questions themselves) to Lance’s virtually non-existent love life.

In the course of the first series, Andy and Lance become convinced that they are close to making a find of genuine historic importance, based on all the research they have done and all the local knowledge they have acquired. However, they are continually thwarted in their efforts, first by the apparent lack of interest among their fellow detectorists (who are all members of the local metal-detecting society) and then by Andy becoming smitten by a young archaeology student, Sophie (played by Aimee-Ffion Edwards), which endangers both his relationship with Lance and, infinitely more importantly, his romantic relationship with his girlfriend, Becky (played by Rachel Stirling).

Thus the first series of Detectorists had many of the ingredients of the classic sitcom (especially a British one): a pair of main characters who appear somehow lost in or at odds with the world; a supporting cast of similar eccentrics who provide the wider “community” in which the main characters exist; and even a truly classic theme tune, also called Detectorists, which is comparable with Love Is Like A Butterfly (the theme for Butterflies) or Where Everybody Knows Your Name (the theme for Cheers), in having a beautiful melody and being an elegant summation of the show’s main idea.

The first series of Detectorists was a total triumph, introducing memorable (even loveable) characters who then become entangled in a genuine puzzle or mystery, which is (almost) completely resolved at the end. Indeed, the first series, and its ending, was so good that it seemed as if Detectorists would just be a marvellous one-off, or one-season show, because it no longer had a tale to tell. And when the second series followed in 2015, it did seem as if it would have been best for all concerned if there had only ever been one series, because the second series was undeniably lacking in the narrative drive and careful observation of the original, even resorting to that lamest and most lamentable of soap tropes, “a long-lost” child, to provide some story development. So, as is so often the case with second novels or second albums, the second series of Detectorists seemed rather woolly and unfocused, and it left few of the show’s fans longing for a third series.

Fortunately, the third series was where Detectorists not only hit paydirt but paydirt full of gold coins. After seeming to drift for much of the second series (which was nominally focused on the rediscovery of a crashed German WW2 plane), Detectorists recovered all of its original drive and energy by virtually going back to the beginning, with Andy reduced to vaping in the garden so that he can have some respite from the judgmental mother-in-law that he is now forced to live with, and Lance still obsessed with finding the truly historical treasure that will prove he is not just an eccentric and a failure.

The third series suddenly introduced a number of new and compelling storylines: Andy’s attempt to find a house of his own for Becky and their new child (a storyline that in modern Britain, which is engulfed in a housing crisis, really struck a chord); a new and more complex hunt for treasure; and, most importantly, a new focus on the environment itself, the beautiful fields and hills where Andy and Lance search for treasure but more importantly find themselves.

In a beautifully written and plotted series, Andy and Lance team up with their former nemeses, a pair of rival detectorists (who they christen “Simon and Garfunkel” because of their uncanny similarity to the 60s singing duo), in order to save a tree that is a nesting place for rare bats. And the finale of the series, where all the local treasure hunters put aside their difference to come together and celebrate their shared obsession, is one of the finest “silent” sequences (apart from the hilariously perfect soundtrack) in all of modern film or television.

So there have been three series of Detectorists so far and given the perfect ending of the third series it is questionable whether there will be any more. And, frankly, many fans of the show will hope that there are no further series and that they are instead left with a perfect (or near-perfect) trilogy of treasure-hunting tales.

It was announced recently that Mackenzie Crook will soon star in a new adaptation (or “reboot”) of the British children’s TV favourite, Worzel Gummidge, the story of a scarecrow who comes to life. Crook will star in it and the hope is that he will not only write it but somehow write in a role (however small) for Toby Jones, so that they can reprise their brilliant double-act in Detectorists. However, if that does not come to pass there will always be Detectorists (especially the first and third series), a show about amateur treasure hunters that has itself become something of a national treasure. 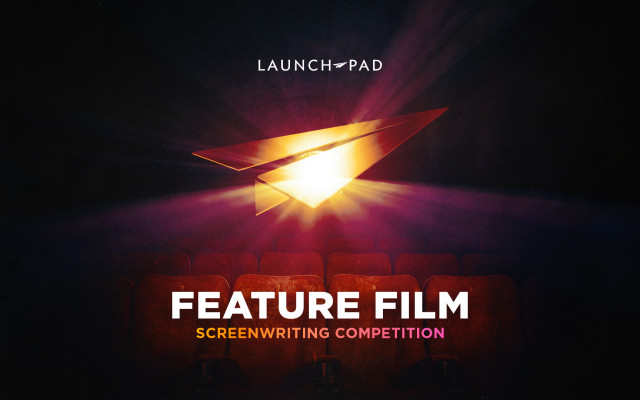