The Hero’s Journey Breakdown: The Goonies

How does The Goonies follow Joseph Campbell’s Hero’s Journey breakdown?

Here we turn to the 80’s classic The Goonies.

The story opens with the Fratelli’s breaking out one of their own from the local Astoria jail, but we are then introduced to the title characters during their escape.

We see each of the supporting characters in their Ordinary Worlds. But it’s Mikey that is the central hero in this tale. One could argue that the collective Goonies all have their own Hero’s Journey within this cinematic story, but Mikey is the center of that group. He’s the leader. And this is evident even with his older brother Brand and Brand’s friends Stef and Andy.

We’re introduced to Mikey at his house, trying to convince himself — and his big brother — that he’s glad that they’re being forced to move.

The Goonies are facing the threat of having to move from their homes, due to foreclosure of houses in the Goon Docks area of Astoria — all in favor of a country club’s golf course expansion.

The group of friends, the Goonies, are trying to enjoy their last days together as they arrive at Mikey’s house one-by-one in hilarious fashion.

The Goonies come across a 1632 doubloon and an old treasure map while rummaging through the attic where Mikey’s father keeps a lot of the local museum artifacts. The map supposedly leads to the famous pirate “One-Eyed” Willy’s hidden treasure somewhere near Astoria.

Mikey, as the central hero in this breakdown, doesn’t refuse the call as much as the others do. However, when Brand and the rest of Mikey’s friends want to go through his father’s stuff in the attic, Mikey is the first one to refuse to go up there. But all of the others race up the stairs.

Later on, after they find the map and translate the text on it, the boys all scoff at going on another one of Mikey’s Goonie adventures.

The mentor within this story is Chester Copperfield, a treasure hunter that once claimed to have unlocked the secrets to “One-Eyed” Willy’s treasure. This is divulged through an old newspaper article that they found in the attic.

Mikey and the Goonies decide to follow the clues on the map. But before they do that, they have to escape the watch of Brand. They manage to trap him within some workout equipment and speed off on their bikes.

This could be considered the first threshold that they cross. They’ve deceived Mikey’s brother and are on the run, racing against time to follow the clues.

When those clues take them to an abandoned restaurant where the criminal family of the Fratelli’s are hiding out, they cross another threshold, still in search of the treasure.

But it’s not until they’re forced to escape the clutches of the Fratelli’s later on — through the start of a tunnel hidden underneath the basement fireplace — that they truly cross the threshold.

Mikey, the main hero, even whispers, “It all starts here.”

There are many tests that Mikey and the others face throughout the second act of the story — plenty of booby traps, scares, and adversity within the group.

When the Goonies find a cave and waterfall full of coins, they realize that it’s the bottom of the local wishing well.

Troy, a jerk foe of Brand’s, is above with his friends. They hear he pleas of Brand, Stef, Andy, Mikey, and the Goonies below. As Troy lowers a bucket attached to a rope, the group decides who will go first and in what order the others will follow.

They fear for their lives and are about to leave the adventure behind.

However, Mikey realizes the impact of the discovery of Chester Copperfield. He was a professional treasure hunter — he never got as far as Mikey and the Goonies did.

Mikey is forced to convince the group to reject the notion of escape to continue on their treasure hunting adventure. For the good of the group and the city of Astoria.

After the Goonies regroup — and the older kids are basically inducted into the group as fellow Goonies — the Fratelli’s are hot on their trail. The kids fend them off, first with Data oiling up the only route over a raging underground river, and then with him punching out one of the Fratelli brothers with one of his many gizmos.

After they figure out the code behind a near-fatal skeleton organ booby trap, they barely escape with their lives as the Fratelli’s reappear again, aiming the revolver just as the kids leap into another cavern.

Still fleeing the Fratelli’s, the Goonies jump into a series of waterslides that lead them to “One-Eyed” Willy’s ship, resting beautifully within an underground ocean water cove.

As they explore the ship, Mikey finds an entrance to Willy’s quarters. This brings him face-to-face with “One-Eyed” Willy himself, now a skeleton that overlooks a table full of gold.

The treasure has been found, but Mikey’s true reward is meeting Willy, who until then was just a bedtime story — but now he’s a confirmed friend in Mikey’s eye.

They’ve found the treasure and everyone digs in, stuffing gold coins and jewelry into their pockets — all except for the gold coins on a scale in front of Willy. Mikey wants to leave that for him. They head out of Willy’s quarters, now rich and ready to save the Goon Docks.

But the adventure is not over yet. The Fratelli’s have caught up to them once again, this time with the upper hand.

The Goonies are forced to give away their treasure — all except for a forgotten bag of jewels that Mikey had put in his jean coat pocket.

And it turns out that Mikey’s unselfish choice of not taking the treasure on Willy’s scale paid off in the end, buying them time. Had he taken that treasure, he would have triggered the booby trap too early to find an escape from the ship.

Chunk and Sloth save the day, allowing the kids to escape with their lives. Sloth is left behind to Chunk’s dismay.

The Fratelli’s make the ill-fated mistake of taking the treasure from Willy’s scale, triggering the booby trap.

The Goonies escape to the shores of Astoria’s ocean coast. The search parties find them. While everyone celebrates as the kids are reunited with their families and the Fratelli’s are taken into custody (reuniting Sloth with Chunk in the process), the kids realize that all of the treasure was lost.

Until they discover the hidden bag of jewels that allows them to save their homes from foreclosure. 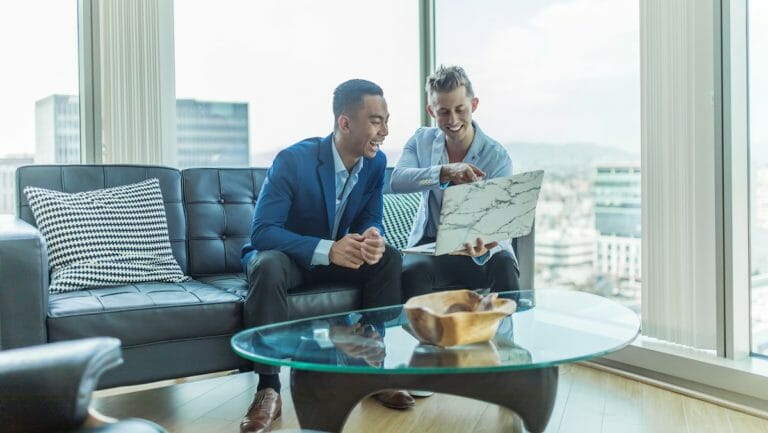 6 Secrets to Nailing Your Netflix Pitch