For last a week’s breakdown, check out: The Hero’s Journey Breakdown: TOP GUN

Here we turn to the classic Rocky.

The story spends a tremendous amount of time within Rocky’s Ordinary World before he gets the call to adventure. But it’s time well spent.

Rocky isn’t even a has-been boxer — he’s the definition of a never-was. At night, he’s a club boxer fighting brutal fights for a few bucks. During the day, he’s the local muscle for a loan shark.

We see him walk the streets of Philadelphia, trying to offer wisdom to an unappreciative neighborhood girl. We watch as he tries to woe a local shy girl that works in a pet store he frequents.

Every moment of his life, Rocky is seemingly reminded of how he’s nothing but a bum.

Apollo Creed, a Muhammad Ali-like world champion boxer, is looking for a new fight. He’s beaten everyone though. The options his people choose for his next match are lackluster. He wants something bigger.

Apollo and his team decide to give a no-name a chance. They go through many options until Apollo finds Rocky “The Italian Stallion” Balboa.

As Rocky shows up at Mickey’s boxing gym, he’s given a message that he’s been requested to appear at the offices of Apollo’s promoting partner. Rocky thinks that they’re just looking for local sparring partners for the champ.

When he shows up, he’s quickly offered the chance to fight for the title.

Rocky’s refusal of the call is subtle and brief but showing. When asked if he’d like to fight Apollo, his quick reaction is a simple, “No.”

Rocky then goes on to explain, “Well, it’s just that, you see, ah, I fight in clubs, ya know. I’m really a ham-and-egger. This guy. He’s the best, and, ah, it wouldn’t be such a good fight. Thank you very much. I appreciate it.”

The promoter quickly convinces him to take on the fight after preaching about the American dream.

We briefly meet Mickey within Rocky’s Ordinary World. But at that point, he was no mentor to Rocky. If anything, he was a tormenter, screaming at him in a crowded gym about he had the talent to become a great fighter but wasted it when he decided to be a “leg-breaker” for a second-rate loan shark.

When Rocky gets the fight, Mickey appears at Rocky’s apartment door. He wants to train him. Rocky isn’t too happy at first. In fact, he’s angry — wondering why Mickey did reach out to him like this years ago.

After Mickey pleads his case to a closed-door, Rocky comes out and accepts his offer.  Granted, this doesn’t happen until after he has accepted the call to adventure, crossed the threshold, and undergone many tests.

Rocky has a two-part crossing of the threshold. The first is when he reaches out to Adrian and asks her on a date. Rocky fully embraces this relationship and doesn’t quit until she says yes. But this is before he has already accepted the call to adventure by taking on the fight.

He truly crosses the threshold when he appears before TV cameras during the press conference that announces the fight. He’s no longer an anonymous bum breaking legs for a loan shark on the streets of Philadelphia and boxing at low-life clubs for next to nothing. He’s on national television as the new fighter challenging the World Champion.

Rocky begins to train on his own.

He spars with slabs of meat, as well as with Adrian’s brother Paulie as Paulie verbally abuses his sister. He goes on cold runs.

We see support from those around him, even his loan shark boss who offers to help him out with money during his training. But despite all of this, something is missing.

Mickey appears at his door and offers to train Rocky. This is where he meets his mentor. But before Rocky can accept Mickey’s offer, he goes through a mental meltdown and admits that his legs are shot and he’s likely going to get his face “kicked in” by Apollo.

As Mickey walks out onto the street, defeated, Rocky rushes out and accepts Mickey’s offer to be his manager.

The grueling training begins. Rocky faces his most difficult challenge — living up to his inner potential. Mickey’s training regime pushes Rocky harder than Rocky has ever been pushed.

Rocky struggles through the pain. This is grandly portrayed through his many runs up the steps. It’s not until the end of this grueling training that Rocky can finally speed up them with ease, triumphant.

Despite having completed his training, Rocky realizes that he can’t beat Apollo. But despite that realization, he’s determined to go the distance with Apollo. Nobody has ever done that with him. But it’s going to take everything he has.

When the fight starts, Apollo is destroying Rocky with jabs — and Rocky can’t get a hit in. It seems as if the match is in Apollo’s favor. Until…

Rocky knocks the champ down. Apollo has never been knocked down in a fight, and Rocky has done it. The battle is on, and Rocky is holding his own.

As the fight continues, Apollo knocks Rocky down. He’s exhausted and barely stand up in time. It seems as if Rocky has gone as far as he can go.

Rocky gets back up. As Apollo closes in, Rocky manages to hit Apollo in the ribs, breaking them. The bell sounds, ending the round.

Rocky can’t see anything. His eye is swollen shut. He’s got one more round to achieve his goal of going the distance. He tells Mickey that they have to cut his eye to drain the blood so he can see again. Mickey doesn’t want him to do that, but Rocky insists.

The bell sounds as the final round begins. Both men are bloody, beaten down, and exhausted as they circle the ring facing off at each other. But Rocky has been resurrected since he went down the last round. He knows Apollo is hurt. He feels like he has a chance not just to go the distance, but to beat him. So he goes in and pummels Apollo with fierce blows. Just as Apollo is about to go down, the bell sounds.

As they embrace after the fight, Apollo tells Rocky that there’s not going to be any rematch. Rocky tells him that he doesn’t want one. He’s proven himself.

As the announcer shares the results of the fight, Rocky’s attention is on Adrian. He screams for her. Even when Apollo is announced as the winner and the press try to interview him, Rocky searches desperately for Adrian. They are finally reunited and profess their love towards one another. 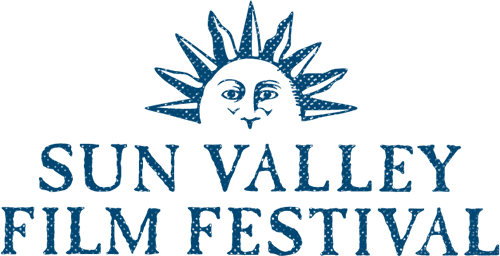