Ask anyone in the industry what the most prestigious screenwriting fellowships are in Hollywood, and the Academy Nicholl Fellowships will undoubtedly be right at the top of the list. Since 1985, the Academy of Motion Picture Arts and Sciences, the organization behind the Oscars, has been identifying and encouraging new and emerging screenwriting talent through their annual Nicholl Fellowships. Each year, up to five $35,000 fellowships are awarded to promising writers who have previously not earned more than $25,000 writing for film or television.

We’re excited here at The Script Lab to have had the opportunity to interview Joan Wai, Senior Manager of the Nicholl Fellowships. Joan graduated from USC Film School with a degree in Screenwriting, and soon after started her career as a reader for the Nicholl, among other competitions. When an opportunity came up at the Nicholl for an office position, Wai jumped on board and has now been working with the Academy for 13 years. In addition to the Nicholl Fellowships, Joan has also been a judge for Sundance Workshops and Writer’s Digest contests.

In her TSL 360 video, Joan gave a comprehensive overview of how the Nicholl Fellowship competition is structured, how screenplays are evaluated, and also gave advice on which scripts writers should read to help them in their journeys.

On the structure of the Nicholl Fellowship competition:

“I oversee the Nicholl Fellowships and Screenwriting Competition. That includes moving over 7,000 scripts a year through the courses of the competition. We typically have over 80 freelance readers who are reading in the first and quarter-final rounds. Then we have about 200 members of the Academy who volunteer from different branches of the Academy, reading in the semi-final round. From there we have 10 finalists who go to our committee, and then they select the winners, ultimately.”

On what writers should be looking to get out of the fellowship:

“With any competition, it brings a spotlight from the industry. With our competition, we have many people in the industry asking for our contact list. If you don’t win necessarily, if you place quarterfinalist, semifinalist, or even finalist, that goes on our contact list that we send out to industry people who request it… it’s also a good calling card if you don’t place in the quarterfinal round, we also notify you if you get in the top 10%, the top 20%. Then hopefully emerging writers can use that as a way to open a door in the industry.”

On what the Academy looks for in screenplays:

“We have a scoring rubric that we give to our readers and judges; we also release that onto our Facebook page. We’re looking at… the basic things that anyone would look at when evaluating a screenplay. How is the story? How is the characterization? How is the craft on the page? These are really typical elements that we’re looking for in terms of identifying a great script, a great writer.”

For more insight into the Nicholl Fellowships and the Academy’s judging process, watch Joan Wai’s full interview on TSL 360!

Sign up for TSL 360 to watch this full video, plus more from our collection of 100+ industry pros.Try for FREE for 3 days! 5 Ways Reading Screenwriting Books Can Make You A Better Writer 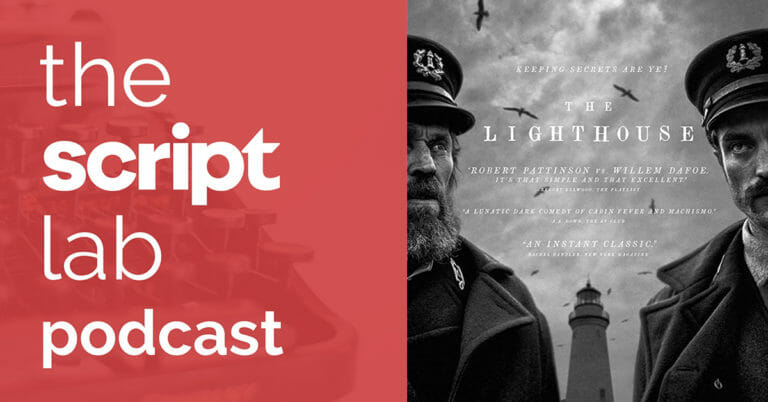 The Script Lab Podcast: Tim Greenberg — Showrunner for Netflix’s LIVING WITH YOURSELF & Two-Time Emmy-Winner for THE DAILY SHOW

5 Ways Reading Screenwriting Books Can Make You A Better Writer