It was a delight for me to sit down for an episode of The Filmmakers Podcast and chat with twice-Oscar-nominated screenwriter and director Agnieszka Holland.

She knew she wanted to be a filmmaker at the age of 15 and has gone on to make over 30 films and many episodes of TV including The Wire and House of Cards which led all the way up to making her latest feature Mr. Jones which stars James Norton (War & Peace), Peter Sarsgaard (An Education) and Vanessa Kirby (The Crown).

Here are 10 important and inspiring takeaways from the podcast.

Having pretty much written screenplays her whole life, Agnieszka has a certain way of writing.  “I build up the structure first when screenwriting. Sometimes I don’t know when it will end. I try to tell the story in the most efficient way. Having a visual agenda…I try to put the puzzle together using different colors.”

“After I begin to write and when I have the structure, I start with the scenes that are the most intriguing to me.”

She also knows when you have something you can be proud of, “After the first draft when the story comes together it’s very rewarding. You feel that something was born and that it is something special”.

When Agnieszka stepped onto the set to direct her first film, her emotions were high.  Stage fright kicked in, and she wasn’t sure where to place the camera.  Now, with experience, it has become easier.

“Now on set, it becomes obvious [where to place the camera].  They are not easy choices but they are natural to me.”

Agnieszka delves into the process of making films and how it wakes her up. “They give me energy and adrenaline, mostly, not always, but mostly… and to keep the energy you have to preserve the appetite for filmmaking.”

Talking about the worry of being unemployed if you take too much of a break away from filming, Agnieszka chooses to direct TV episodes between films.  “It’s a fear as a woman filmmaker that if you stop or refuse a job then the next opportunity will not come.” Importantly she goes on to add, “Filmmaking work is not women-friendly. The percentage [of women in film] is very low. Numbers are not changing but mood is changing, and more and more women are claiming more of a voice.”

Having made incredible award-winning films in her native tongue, I wondered if it mattered to be in Oscar contention.  “It always matters because it gives you some power.  It makes it easier to finance your next film, and the film that was nominated now has a longer and wider recognition. It translates to something more practical and it opened more doors.”

Listen to the podcast HERE

Having made so many films, including the newly released Mr. Jones, I asked where her ideas for films are found.  “It comes from story. I am a storyteller. Other filmmakers are more visual and create realities of other worlds, I’m more just telling the story.” Her stories come from something she has heard: “I find them, read about them in the newspapers…certain characters start to fascinate me and they enter my system.”

In the last ten years Agnieszka has collaborated on scripts rather than writing them on her own. “After I develop [the script], I like to find a sparring partner to work on the dialogue.” She goes on to say she now prefers writing with others.  “Filmmaking is a collective work…  and the good director is someone who is able to squeeze the ideas from as many people as possible.  The writing process is the same.”

Agnieszka loves to be on set, but before she sets up the cameras she likes to work with the actors first. “On the day I like to rehearse first and decide how to tell story through camera later. I have some general ideas but doing it with the cinematographer based on the reality of the scene….it comes from the interaction between the actors, and I like to give the actors the freedom to find the truth. Then I am following their truth with my truth.”

Being a well-respected filmmaker, Agnieszka found the cast wanted to come on board Mr. Jones because of her.  She talked about what her films leave behind: “It’s not like after I shoot [the films] they are over.  They are somehow present in our own present. The past is living together with present and if you are clever, the future.”

She wrapped up the insightful chat by talking about how new filmmakers can get seen. “They have to know that it is something that they absolutely need to do.  The process is so consuming and so demanding and risky and challenging and if someone is not convinced then it is better to find a new way.” She goes on to encourage filmmakers out there. “But find something that is important [story-wise] and stick to it. Understand that every camera position counts, every scene is important.  It’s like playing tennis – every ball can change the result of the game.”

Agnieszka Holland is currently in post for her next project Charlatan

Mr. Jones is in cinemas and available to buy now

Listen to the latest episodes of The Filmmakers Podcast HERE

Giles Alderson is a director, screenwriter and producer, his latest directed and co-written film The Dare releases on March 3rd. His produced dark comedy A Serial Killers Guide to Life is in general release now. He is in post on his directed historical action feature Knights of Camelot and his documentary Food For Thought. You can follow him on twitter @gilesalderson. He is the owner and host of thefilmmakerspodcast.com. 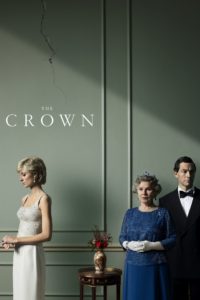