It’s a rare occurrence when a writer’s first screenplay earns BAFTA and British Independent Film Awards along with a Golden Globe Best Picture nomination, but Stephen Beresford’s script did just that. The London-based scribe became a critical darling with his crowd-pleasing 2014 movie Pride, a true story about an unlikely alliance in 1984 between a striking Welsh mining community and a group of determined LGBT Londoners.

We talked exclusively with Beresford at London’s National Theatre. Here are his thoughts on the creative process and his love for the screenwriting medium.

Q: Having spent your childhood in local theatre in Dartmouth, you followed your passion for acting by attending RADA for drama. For the next several years, you performed in London theater productions. Why did you change your focus from acting to writing?

A: I became an actor because I enjoyed it, but somewhere in the back of my mind was this thing about being a writer. I suppose it was a change of focus, but I didn’t veer far from where I had started. I wrote when I was a child. In our house there was a lot of value placed on writing, books, and reading. We used to write stories and show them to my mum, the ultimate script editor. If they were good enough by her standard, we were allowed to type it up on her old 1940s typewriter. It was a punishment as much as a reward because it was quite tedious typing with one finger, but it seemed good at the time so I always did it.

I found acting ultimately frustrating, but it taught me a lot so it was a very useful period. I feel that I can write dialogue that actors enjoy saying.

Q: When you’re working on a script what does a typical day look like? Do you have a routine?

A: I spend an awful lot of time not writing, but writing in the background. I wouldn’t say there’s a daily routine. I sit down at the desk before I do anything else. I’ll have a quick look at it and then go eat breakfast. I work in very short bursts and usually burn out by four in the afternoon. I sometimes take a laptop to a private library called the London library, which has writer’s rooms. There’s something about being around other people, you’re more self-conscious about looking at Facebook.

Q: How much time do you spend writing versus organizing structure and ideas?

A: Like many people I have more than one project at a time. I think of them as planes and my brain as air traffic control. One plane is landing, one plane is taxiing and one plane has just taken off. That’s so I can contain three ideas, three scripts in my head at one time. The fourth one is grounded but I know it’s there. That’s usually how I work. I never used to do any structure or planning. I did none on Pride. I just wrote. A great Irish writer and director called John Butler who wrote a movie called The Stag told me how he plans his work. I decided I would start doing it. So if you see that the quality of my work completely declines you’ll know that it’s his fault!

I’m sort of embarrassed that I never did it before. Then I heard Tom Stoppard say that he didn’t write drafts; he writes drafts of lines, which is how I do it. I thought if it’s good enough for Tom Stoppard that’s good enough for me, so I’m experimenting at the moment with giving myself the time to structure everything before I write. We’ll see how that pans out.

Q: What is your process for developing characters?

A: Characters are my thing. They are always the starting point. The first thing I do is create a world and then that world will sit with me for a long time before I can apply a story to it. By the time I’m applying a story to it, it’s usually fully formed. I know pretty much who everyone is. Character development goes on all the time. I stare at people in restaurants. I’ve been told off because I’m quite obvious! I listen to people’s conversations and will change direction when I’m walking and follow to listen to what people are saying. I love to absorb all that and then think about the character. I spend a lot of time on that. It’s completely natural to me whereas devising a plot is unnatural to me and therefore a huge struggle.

Q: Do you have a preference for writing drama or comedy? With Pride the two work brilliantly side-by-side.

A: For me everything has to have some element of comedy in it because that seems to be the absolute truth of life. I wouldn’t be able to write any other way. I like a mix of the two. That’s my ideal scenario and Pride offers that.

Q: Despite your first screenplay for Pride being made into a motion picture, you’re not an overnight success. You had the idea for Pride for 20 years. Talk about the frustrations and set backs you’ve previously encountered in trying to get your work acknowledged and projects green lit.

A: This (National Theatre) building we’re in is a changing point. I was in a play here in 2002 with Andrew Lincoln who is now the star of The Walking Dead.We were out one evening and he said you should be writing. He didn’t know that I had written before. He had just finished a successful TV show called Teachers.Channel Four was approaching him to do other work and he said why don’t you write something for me? The next morning he wrote me a check for the script. He basically commissioned me. That changed everything. He gave [my script] to Jane Fallon who optioned it and that was the beginning of writing for television for the BBC and Channel Four.

I could always get TV scripts commissioned. I just couldn’t get them made. It would always fall at the last hurdle. Finally I got frustrated, so I decided to write a play (Last of the Haussmans) on spec, nobody commissioned it. My agent sent it here (in 2011). It went incredibly fast. I had a call from artistic director Nick Hytner who said ‘we love your play; we’ll do it. What do you think of Julie Walters?’ It was extraordinary. That was the turning point. Writing the play broke the spell of being in development for a long time – it was almost 10 years. It was an important learning experience. Those 10 years taught me everything in a way, and frustration is quite creative. It spurred me to write my play.

Q: Your play’s success piqued interest in Pride and producer David Livingstone snapped up your long-held idea. What’s your perspective on producers, directors or actors changing your words? In the Pride DVD commentary there’s an amusing anecdote involving actress Imelda Staunton. Does it bother you when people make suggestions, or do you welcome them?

A: I have an absolute zero tolerance policy. If I’m meeting producers who want to commission work and they ask how I feel about improvisation, I never work with them. If you’re hiring me, you’re getting the words I think are right. I’m probably more obsessive about it than I should be. But if someone comes up with a good idea …Imelda’s point was right considering the set we were on. That line needed to change. Having said that, I’m happy to discuss it and then I’ll go away and do exactly what I like!

Q: Have you received writing advice that resonated with you?

A: John Butler’s advice did, about how to plan and structure. I’m always keen to learn. People are horrified about formulaic screenwriting things – at point 14 have a turning point, but I love that shit. Never write when you don’t feel like it – that’s David Hare.

Realizing you can start writing something because you have a question rather than an answer is very liberating for me. A very brilliant theater director called Max Stafford-Clark was talking one day in a workshop I was in. He talked about the deadening hand of the certain. It’s actually the opposite of what I thought was true. If you think you know, you kill the story. Knowing that you don’t know is a good thing.

Q: Are there certain qualities that a successful screenwriter should possess?

A: A sense of humor and an open mindedness towards humanity is a good starting point. One thing that I always try to say to myself is, if it occurs to you easily, it will occur to the public just as easily. I always try to subvert it and I think good screenwriters have that quality; they look beyond the obvious step.

A: Yes, break them all. I want total anarchy in the screenwriting fraternity!

Q: In an interview with screenwriter Abi Morgan, she said that she writes so people don’t feel alone, to make sense of the world, and for pleasure. Why do you write?

A: For pleasure, definitely. I’ve always written and I’ve always lived a lot in my imagination. I like it in there. It’s a place of both safety and danger. I’m very fortunate – I’ve never suffered from depression – but when I try to understand what that must be like, I picture a life where I can’t access my imagination. That, to me, would be a life not worth living. So, in a sense, I write, I guess, to express that – to release it. If I didn’t, I don’t know what I’d do.

Q: Do you have any screenwriting heroes, or favorite screenplays?

A: I do. Roman Holiday. I love Eternal Sunshine of the Spotless Mind. I think Charlie Kauffman is a brilliant screenwriter. I loved Adaptation and Being John Malkovich. Tom Stoppard is a very brilliant screenwriter as well as a playwright – Shakespeare in Love is a dazzlingly good screenplay. I love screenwriters who combine comedy with drama. Not as a side dish but as a fundamental part of the work. Like it is in life. The saddest, darkest things are just a breath away from being funny. Great writers know that instinctively. I really enjoy Wes Anderson films. I didn’t mind losing a Golden Globe to Wes Anderson because I love his stuff.

Q: What projects do you currently have on the go? I believe you have a couple of plays coming, and some development deals with NBC/Universal as well?

A: I’ve finished [the NBC/Universal projects]. I have theater commissions here (the National Theatre) and at the Donmar Warehouse. There’s Pride – the Musical, and I’m doing another movie for Pathé right now.

To download and read Stephen’s award-winning script for ‘Pride’, go to the BBC’s Writers Room. Gus Van Sant and the Windows to Other Worlds 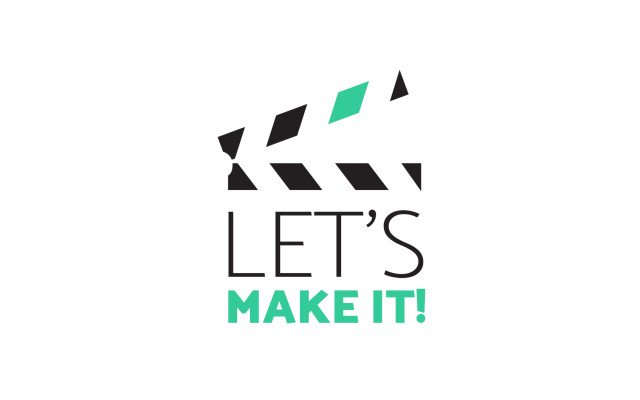 A Screenwriting Lesson You Can Learn from ‘Adaptation’ Screenwriter Karen McCullah Talks Screenwriting, Her First Script and What Inspires Her Writing

Gus Van Sant and the Windows to Other Worlds Deconstructing the Master Filmmakers – the True Innovators in Storytelling