Chinatown (1974) really should have a silent ‘e’ – “Chinatowne” – because for all the brilliance of its other creators (the audacious direction of Roman Polanski, the magnificent acting of Jack Nicholson, Faye Dunaway and John Huston, and even the sublimely woozy score of Jerry Goldsmith), its instigator was its writer, Robert Towne. However, in any consideration of a film that is all about villains and their victims (which, of course, is a timeless Hollywood theme, as the Harvey Weinstein story reminds us), it is also worth considering whether Towne himself was the ultimate victim of Chinatown. That is because for all the apparently countless other films that he wrote or rewrote, he never came close to matching the sheer genius of Chinatown. But then again, as Towne or his seminal Private Investigator J. J. Gittes might put it, who has?

Towne was born in 1934 in Los Angeles, the city that he would both immortalise and damn in Chinatown, but he was not originally “Robert Towne”. Rather, he was Robert Bertram Schwarz, the son of Eastern European Jewish immigrants. Intriguingly, though, it was not Towne himself who changed his name but his father, first calling the ladies fashion boutique that he ran “Towne Smart Shop” and then changing the family name to Towne. Such renaming was common practice among non-English-speaking immigrants to the USA in the first quarter of the 20th century, as they sought to anglicise themselves and their family name, and the ‘e’ at the end of ‘Towne’ may simply have been a mis-spelling by a Russian whose first language was not English. Nevertheless, it is fascinating that Robert, who would go on to write the greatest Oedipal story in all of cinema, learned at an early age that everything that seemed most fixed and concrete, including family identity and name, was actually malleable and capable of change.

Unlike so many of the greatest American screenwriters, Towne was not a college-educated easterner who eventually moved west but a Los Angelean through and through. Consequently, it is unsurprising that he seems always to have worked in the city’s main industry, initially as an actor but then swiftly afterwards as a writer. Like so many others in his generation, his career was really given a kick-start by “The Pope of Pop Cinema”, the legendary and legendarily independent producer and director, Roger Corman, for whom he wrote such typically lowbrow but enjoyable fare as The Last Woman on Earth and The Creature from the Haunted Sea (both 1961). In the mid-1960s, Towne wrote for both film and television, including episodes of The Outer Limits and The Man From UNCLE. It was only towards the end of the decade that he really made his breakthrough into mainstream cinema, and he did so in a way that was to prove emblematic of his entire screenwriting career.

Towne was credited as a “special consultant” on Bonnie and Clyde (1967), whatever that might mean, but at least he was credited. For much of his subsequent screenwriting career, his work was uncredited, as he rewrote or “doctored” other writers’ screenplays, so much so that, as the great film historian David Thomson puts it in his magisterial A Biographical Dictionary of Film, “Towne was the first man who made a reputation out of it [rewriting] since Ben Hecht”. Consequently, it is almost impossible to determine Towne’s real influence on many great movies that he is associated with, including Drive, He Said (1971) and The Godfather (1972). Indeed, this process reached its reductio ad absurdum with Greystoke: The Legend of Tarzan, Lord of the Apes (1984), a script that Towne had lovingly laboured on for many years, only to have the final script taken away from him, at which point he insisted on being credited as “P.H. Vazak”, which was the name of his dog. (And only Robert Towne would have a dog whose name sounded like that of a Private Dick from a Raymond Chandler or Dashiell Hammett novel).

Nevertheless, even if one only considers the screenplays that Towne is actually credited with writing, his output throughout the 1970s was staggering, as he proved himself to be the greatest screenwriter of the “Movie Brat” generation, despite facing stiff competition for that title from the likes of Godfather director Francis Ford Coppola, who really began his career as a screenwriter on the likes of Patton (1970). Towne’s first great screenplay, which proved to be the first of a remarkable hat-trick of screenplays for which he would be nominated for Screenwriting Oscars, was The Last Detail (1973).

The Last Detail was directed by the great Hal Ashby, who had already directed perhaps the most bizarre romantic comedy ever made in Harold and Maude (1973), which was about the relationship between a death-fixated young man and a life-loving old woman. The Last Detail was similarly offbeat and off-centre, as it told the story of two military policemen (played by Jack Nicholson and Otis Young) escorting a young sailor (Randy Quaid), who has received a ludicrously harsh sentence for a petty crime, to jail. Determined to give the young man the send-off he deserves before he spends years in a military prison, the military policemen take him on a last hurrah or grand tour, including a visit to a brothel. Adapted from the novel of the same name by Darryl Ponicsan, Towne’s script was suitably salty and profane but also unbearably poignant, as the full severity of the young sailor’s punishment finally begins to dawn on both him and his captors.

Towne would not win a Best Adapted Screenplay Oscar for The Last Detail (losing out, entirely reasonably, to William Peter Blatty’s adaptation of his own novel, The Exorcist), but the following year he was unbeatable in the Best Original Screenplay category, as he was nominated for Chinatown. It was the film that Towne had spent his whole life living before writing it, as it effectively told the birth or ur-story of his home city, which only really began to boom once it had secured (or, as Towne suggests in the script, stolen) a supply of water from the surrounding farmland.

Ostensibly, Chinatown was inspired by Towne’s reading at the time, in particular a history of California (Carey McWilliams’s Southern California Country: An Island on the Land) and a magazine article on Raymond Chandler, who, along with Dashiell Hammett, had invented the detective novel in the 1930s. But Towne’s genius was to fuse the two together, as he came up with a brilliantly labyrinthine plot (which David Thomson has called “maybe the last of the great complicated story lines that movies dared”) in which Jack Nicholson’s Private Eye, J. J. Gittes, begins by investigating what appears to be a simple extramarital affair only to uncover a breathtakingly ambitious attempt to control “the future”, as John Huston’s villainous Noah Cross puts it, by taking charge of Los Angeles’s water and power (and in the desert that surrounds the city, the two are almost interchangeable).

Chinatown deserves its lofty status as one of the greatest screenplays ever written. Towne effectively invented a new genre, or at least a new spin on an old genre – “neo-noir” – by going back to the era of the original detective stories but giving his detective a real, indeed all-too-believable, plot to unravel and solve. Towne’s research for the story was meticulous, as he spent time in the kind of quiet, out-of-the-way library that Gittes himself visits during the film, but he grafted on to that realistic structure a kind of mythical, even Oedipal superstructure, in which Cross is revealed not only to have plundered the farmland that surrounds Los Angeles but (spoiler alert, in the unlikely event that anyone reading this hasn’t seen the film) raped his own daughter. As Towne said afterwards, one crime seemed to follow logically from the other; as Cross had already committed the ultimate sin – incest – robbing destitute farmers of their livelihood was small beer by comparison.

The third of Towne’s incredibly successful screenplays of the mid-1970s, for which he was again nominated for the Best Original Screenplay Oscar, was Shampoo (1975), another Ashby-directed film that he co-wrote with the male lead, Warren Beatty. However, notwithstanding the delights of Beatty as an amorous hairdresser and Julie Christie as the one woman he cannot easily possess, Shampoo ultimately seems like so much froth compared with the strong medicine of Chinatown and The Last Detail. Moreover, in its tale of a man who seemingly has everything only to lose it all, it was perhaps eerily prophetic of Towne’s own career post-Chinatown.

It must be stressed that Towne continued to write, both credited and uncredited, on scripts as impressive as The Parallax View (1974) and Marathon Man (1976), and even moved into directing some of his own scripts, notably the sports film, Personal Best (1982). In fact, he continued to be Hollywood’s go-to script doctor into the 21st century, as he wrote or co-wrote the first two Mission: Impossible films. Nevertheless, there was a perhaps inevitable falling-off, as he struggled, like so many Hollywood greats (Sunset Boulevard’s Norma Desmond immediately springs to mind), to recapture his former greatness.

However, nothing came close to Chinatown and so he returned to that great source material in the late 1980s for a sequel, The Two Jakes (1990). The first thing to be said about The Two Jakes is that it is rather like The Godfather: Part III (1991) – by any other standards than that of the original film, it is pretty good, but judged against those incredibly high standards it is fairly execrable. Worse still, in a case of art imitating life, the classic Chinatown theme of betrayal became horribly real for Towne, as the script he had hoped to direct was once again taken from him and instead Jack Nicholson became the director, thus sundering their decades-old friendship.

Towne is now 78 and has not written a screenplay – credited or uncredited – since Mission: Impossible II (2000), and there is a certain, terrible irony in that, because his own personal “Mission: Impossible” has been to write a worthy follow-up, or even sequel, to Chinatown. Nevertheless, even if that has ultimately proved impossible, his status as one of the very greatest screenwriters in film history remains intact. And perhaps he and anyone who is overly critical of him could heed his own advice, delivered in the famous last line of his seminal script, “Forget it, Jake; it’s Chinatown”. Ultimately, to have written one utterly unforgettable film is enough. 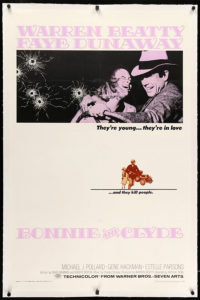 Protected: Interview with —— —- Competition Winner R.B. Ripley: “Write about a big idea that’s important to you.”