Screenwriting 101: Is it Ever Too Late to Start Writing?

Screenwriting is a dream that entices many of us—but all too often, it seems as if the City of Stars romanticized in La La Land is enthralled only with those on the sunny side of forty.

Film fans know well that Quentin Tarantino and Diablo Cody were in their twenties when they broke in to the industry with Reservoir Dogs and Juno, respectively. La La Land director Damien Chazelle was thirty when he received his first Oscar nomination for writing 2014’s Whiplash. (He’s now the youngest Oscar-winning director in history, thanks to La La Land.)

No wonder if you’re older and you haven’t had a big break, you might feel as if this particular dream has passed you by, especially if you’ve been raising a family or started out in a different career path.

But it’s not impossible: Writing, like a good wine, gets better with age, experts say. You just need to do it.

“I don’t think there’s necessarily a closed door once you reach a certain age. In fact, most screenwriters are over the age of forty, as much of their early years are spent writing TV and radio scripts in order to get established,” said Olivia Hetreed, president of the Writers’ Guild of Great Britain. “In terms of age, it’s generally considered that age is a benefit to writing; you have more life experience, more empathy, more subject matter.”

Hetreed had been a film editor in her twenties but was nominated for a BAFTA nominee in her forties for her adapted screenplay of 2003’s Girl with a Pearl Earring. In her fifties, she wrote the screenplays for 2011’s Wuthering Heights and 2016’s Finding Altamira.

Other writers have had similar later-in-life success. Writer-director Courtney Hunt (Winter’s Bone) received an Oscar nomination for her debut, 2008’s Frozen River, when she was forty-four. Former boxer, soccer player, and basketball player Guillermo Arriaga (21 Grams, Babel) broke in at forty-two with the screenplay for 2000’s Amores Perros. Novelist Raymond Chandler, creator of the detective Philip Marlowe, turned to writing after losing his job as an oil executive during the Great Depression. He became a screenwriter at fifty-six with 1944’s Double Indemnity and later wrote the screenplay for 1951’s Strangers on a Train.

David Seidler took home the Academy Award for Best Original Screenplay for 2010’s The King’s Speech at 73, his win a testament to years of persistence. Seidler had started to gain traction as a screenwriter in his forties, largely with TV movies, and received his first feature-film credit in 1988 with Tucker: The Man and His Dream.

“My father always said to me I would be a late bloomer,” he said onstage that night. “I believe I am the oldest person to win this particular award. I hope that record is broken quickly and often.”

When you’re an older screenwriter, the right attitude is essential, said screenwriter John August (Go, Charlie’s Angels, Big Fish, and the upcoming live-action version of Aladdin). “Striving and struggling is exciting — romantic, even — in your twenties. You hit thirty, then forty, and the appeal fades. Particularly if what you’re striving and struggling for isn’t your singular passion,” he said on his blog. “That’s the heart of the age question: It’s not harder for an older writer to start. It’s just easier to quit.”

Don’t quit if you write something at least once a week “that sends you to bed happy,” August notes. Or if you can read an old script of yours and be more impressed than embarrassed. Or if “smart people genuinely love your scripts and want to keep talking about them after the obligatory period has passed.”

Those are signs that writing is a positive in your life, if not a calling.

“I don’t believe you’re ever too old to pursue something you love, your calling,” TV producer, author, and playwright Chad Gervich said, writing in Script Magazine.  “There are barriers to entry—unfair, unethical, disgusting barriers—at every level … but if you want it badly enough, you work your ass off trying to navigate around or through them. … And personally, I think pursuing your calling and failing is more admirable—and, perhaps, satisfying?—than never bothering to try.”

You also need to be smart about learning your craft and making connections. Reputable writing contests or programs can be good places to get noticed. For instance, the Writers Guild of America has for its members two diversity programs. It defines diversity as writers who are minorities; women; writers with disabilities; writers who are gay, lesbian, transsexual or bisexual; and writers over age fifty-five (for TV writers) or sixty (for feature writers). You can find more diversity writing programs, conferences, and festivals here.

The online screenwriting program ScreenwritingU, ranked highly by InkTip.com and Script magazine, says about 40 percent of its alumni who have had success getting representation, having their work optioned, or being hired as writers are over fifty.

President Hal Croasmun tells current and potential students to focus on their strengths, so that they can become known as good with dialogue, structure, or concepts. Then to aim for accessible markets with indie producers to build experience and credibility. Make it as easy as possible to make a deal by having a script set in a contemporary time period (which makes the budget lower), with a clear genre and lead characters that appeal to major actors. Being flexible and able to work with others is a hallmark of this industry, no matter what your age.

This is a pathway to get you where you want to go, not the endgame, Croasmun says. More opportunities occur once you create something that gives you the easiest possible chance of success.

The film industry can be so fickle that even a hot writer can cool for a while. Shane Black made a huge splash in his twenties with his first credited screenplay, 1987’s Lethal Weapon. But after writing 1996’s The Long Kiss Goodnight, Black didn’t have another writing credit until 2005’s Kiss Kiss Bang Bang, which he also directed. He’s since had hits writing and directing 2013’s Iron Man 3 and 2016’s The Nice Guys.

“The fact is, no matter how old you are, it’s still what’s between the covers of your script. If you’re thirty-eight or fifty-nine and you’ve written a 118-page turd, your age has nothing to do with it,” said D.B. Giles, author of The Screenwriter Within and a screenwriting instructor at New York University’s Tisch School of the Arts.

No one knows how old you are on the page, so if you work smart, you’ve nothing to lose.

“Is it maddening if you started writing screenplays when you were young, and ten years have gone by without anything happening? Yes. Are the odds against you if you’re over 35 and writing your first screenplay? Absolutely,” Giles has said. “But that’s all the more reason to try. Why? Because you’re a writer, so you know that the best stories are always the ones when your hero triumphs over insurmountable odds.” 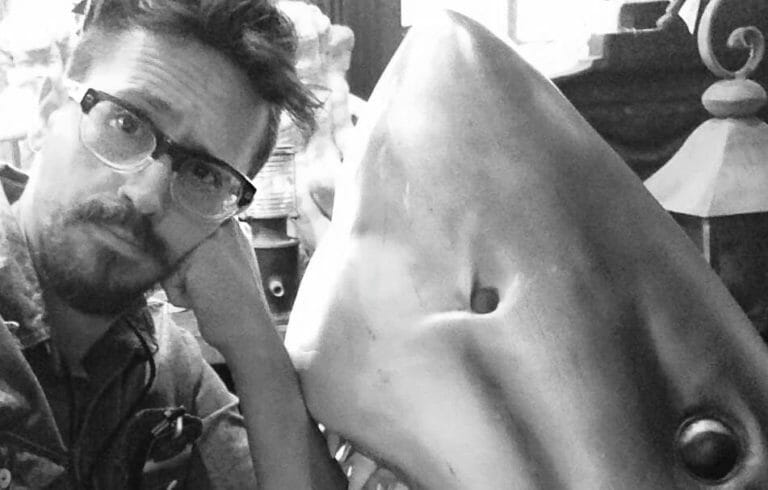