What do all three of these characters have in common? They are all damsels in distress waiting for a man to rescue them in some brave, romantic, chivalrous manner. While it seems like this trope would be played out in 2018, it is alive and well in film franchises like Jurassic World, James Bond and Mission: Impossible.

The new film Damsel, however, written, directed by and starring David and Nathan Zellner, turns this old trope on its head in a clever, delightful way. The Zellner brothers are best known for their 2014 film, Kumiko the Treasure Hunter about a Japanese woman who discovers a hidden copy of the film Fargo, and thinks it’s actually a treasure map.

Damsel is just as quirky and surprising, but brings the big name talent of Robert Pattinson (Twilight) and Mia Wasikowska (Alice in Wonderland). David Zellner is the older brother who plays Parson Henry and does most of the talking as I chat with them at the London Hotel in West Hollywood.

“We have different strengths we bring to the table,” says David, “I’m a little more on the writing side.”

Nathan Zellner excels when it comes to film editing and plays Rufus Cornell in the film.

Both brothers say they’ve wanted to do a Western for a long time. But a traditional Western was definitely not in the stars for these guys. Instead, they played on the expectations of the traditional Western genre. The “damsel in distress” being one of the most identifiable.

“Even if you don’t like Westerns,” says David, “you have a certain familiarity with [the damsel in distress]. That gave us a foundation to start with and subvert. We wanted it to spiral and become more messy as it went along.”And messy it gets. Because the film has so many exciting twists and turns, I’m reluctant to give too much away. But I will throw this out there. The opening credits include a scene where Samuel (Pattinson) and Penelope (Wasikowska) are happily dancing together, arm-in-arm, in what appears to be some type of engagement party. But this scene relies on the assumption that what we’re seeing is romantic love. It sets up expectations that the film soon thwarts. As screenwriters, we often feel compelled to be reliable narrators. But Damsel explores the rich and hilarious territory of not being so reliable.

“The unreliable narrator is so much more fun,” says David. “Everything is a matter of perspective. Everyone thinks their perspective is the truth – now more than ever in the world we’re living in. But especially in relationships, there are always two sides. Each person is emphatic on what the truth of the situation was. And then we have someone on the outside, like the preacher character (played by David), decisions are made based on the information you’re given. That just leaves room for messiness. It’s fun to set up these dynamics where you more or less know where it’s going but once you’ve defined the flaws of these characters, it almost has this elliptical effect where it presents new opportunities as you’re first developing the story and as you’re rewriting.”

As writers, it’s important to keep a sense of discovery during the writing process. With Damsel, the structure places emphasis on the midpoint – where everything changes. And this particular twist (similar to the one in Psycho) was the genesis of the story.

“The conflict in the middle of the film was the kernel of the story initially. But then it opened the door for the other male characters. We just kept upping the ante,” says David, adding that Westerns provide a sense of lawlessness, which gives writers the freedom to push things to extremes.

“What happens in the middle of the film,” says Nathan, “was always going to happen and things would be in two halves like that.”

“We knew that structurally,” says David, “it was going to be that way from the outset. You create problems for yourself that you then have to create a solution for, allowing you to come up with things that are more interesting or more unconventional than if I had everything conveniently mapped out. If you set up an easy way out of a problem, it’s easy to follow through with that so it helps to set up a dynamic where you have to problem solve. How do we get out of this situation and how do we do it in a way that is going to be interesting and unpredictable?”When David and Nathan started acting “as kids,” they wanted to push the envelope and explore their own brand of comedy. So they took up writing.

“We didn’t have anyone to write a script for us, so you learn those things out of necessity. And you learn your strengths and weaknesses from that. Being conscious of the editing process made my writing much stronger. It’s just another extension of the script at that point,” says David.

David’s advice for screenwriters, particularly actors who want to write for themselves is simple:

“Find something personal to you. When we were kids, the common thing was to do what everyone else was doing because we thought that’s what we were supposed to do. In our case, it was terrible because we were just mimicking things that were done much better. But once we started to focus on our strengths and what makes what we’re doing unique, we learned that’s what will stand out. Everyone has a different life experience, so the more you personalize it, the more your story will be unique.”

Nathan weighs in, “I would add to write to your strengths and be aware of your weaknesses. In some stories, you might be the main character, in others, you might be the supporting role to another character. Knowing that helps you craft characters in a way that is manageable and feels believable. You want to make sure you’re not writing outside of personal experience because it will feel false.”

“Anything you can do to provide a unique perspective or different voice,” says David, “will be more advantageous to you as you get stuff out there.” 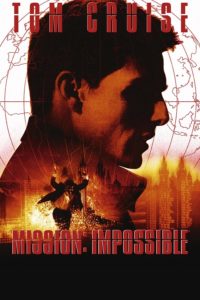 The 10 Most Amazing Movies Turning 20 This Year