Screenwriters get plenty of advice on what their screenplays do need, but let’s save you even more time by sharing what you don’t need.

Read this list and then get started on your next screenplay. Get that first draft out in 5 weeks with this guide.

Here we feature twenty-one specific script elements that you should delete from your screenplays before you submit them to anyone or any place.

It’s a common sign of a newcomer to have a Writers Guild of America registration number on the title page of the script. The last thing you want to do is give that negative first impression that allows the reader to make an early judgment on your script before reading one single word.

To avoid letting them know right off the bat that you’re a newcomer, delete that WGA registration number from your title page. There’s no use for it to have any presence on any page of your script. The companies don’t care. The executives don’t care. The readers don’t care. It’s only meant to be used during any arbitration — and hopefully, you never have to deal with that.

The same can be said for including copyright numbers on your title page. Those numbers are only necessary to share if arbitration or any lawsuits are active. It’s a waste of title page space and, again, a clear sign of a newcomer.

This is also a common title page element that newcomers include on their scripts. In the years before the internet and mainstream email, hard copies were used for submissions. During that time, contact information like personal mailing addresses and multiple contact numbers were sometimes necessary for communication purposes.

But now it’s the digital age, and we have email addresses and digital files.

The only thing that should be on your title page beyond the title and your name is one email address and maybe one single phone number. If you have representation, your manager and agent contact information should be on the script.

In the end, it’s perfectly fine to have just the title and your name. The communication for the submission obviously went through some form of email correspondence, so the contact between you and the person reading your script has already been made.

Unless requested, there should be no logline on your title page or on a single page before the start of your script. And you also don’t need to include a short synopsis — unless you plan to save the reader some time by not having to give your script a full read because you’ve summarized it for them (not recommended).

Another common sign of a newcomer? Character breakdowns. This is an element clearly adopted from stage plays and is not necessary nor wanted.

While writing a cinematic screenplay is always highly appreciated by the reader, there’s no need to dictate where an opening credit sequence takes place within your script — unless it ties directly into the story and characterization.

Some exceptions are allowed for sure, but a majority of the time it’s a waste of space because the studio will decide where they want to put the credits.

Yes, you’ve likely read many produced screenplays with scene numbers, but including them in your spec script doesn’t make it look more professional — quite the opposite actually.

Scene numbers are a production-based screenplay element for the shooting script. They are used for scheduling shoot days, casting needs, editing, and many other elements in pre-production, production, and post-production. There is no use for them in a spec script.

Unless you’re working under assignment, there should be no colored pages or text within your script denoting different versions and edits between multiple drafts. Many writers forget to eliminate these elements that they’ve used for their personal draft references when they hand over a PDF for a script submission to contests, competitions, fellowships, management companies, agencies, and production companies.

There is absolutely no reason to have any CUT TO transitions between scenes. Every time your script moves from one Scene Heading to another, it is assumed that the camera will “cut to” that new location.

It’s not your job to direct the film. Thus it’s unnecessary to include specific camera movements within your script. It’s often a very distracting element that newcomers include. The director will decide when to go to a Medium Shot, Master Shot, Closeup, Dolly Shot, Zoom, etc. Just give the reader the broad strokes of what they are supposed to visualize. Anything more ruins the pacing of your screenplay.

One of the oldest and most common mistakes that screenwriters make is including multiple song names that should be played within the scene.

Studios can’t always get the rights to specific songs for any number of reasons. Beyond that, from a reader’s perspective, what if they’ve never heard of the song, don’t know or remember the beat or lyrics, or don’t understand why that specific song has to be played at that particular time within the story?

No matter what you envision and what soundtrack you apply to any given moment in your script, you should never include specific song names and references and assume that they should be part of the eventual film.

If it is partial to the story, it’s best to mention the type of music playing in the background.

Joel dances to some classic 1970s rock in his underwear.

Now, this is a legitimate screenwriting element term. However, it’s more often than not misused.

Including Continuous in the DAY or NIGHT position of the Scene Heading denotes that two scenes are happening in real time — as in one character exiting one room and then entering another.

Too many screenwriters go nuts with this term. They often misuse it when two scenes involving two different characters in two different locations occur at the same time. That’s not the proper usage (SAME would be the appropriate term).

Overall, it’s best to avoid Continuous when possible, even if you think you are using it correctly. Nine times out of ten it’s not great cinematic writing showing characters exiting a door and entering a door in real time.

Using SAME applies much better with much less confusion and misuse.

Read ScreenCraft’s Everything Screenwriters Need to Know About Transitions!

This goes back to the notion that screenwriters should avoid directing the script.

Transitions are only to be used in spec scripts when partial to essential elements of the story and characters. If you want to inject some personal style within your writing, it’s okay to use a DISSOLVE TO or something to that effect now and then. But use such transitions sparingly.

14. Too Much Scene Description

Scene description should come in small blocks of one to two sentences and should only offer the broad strokes of what we need to see while reading your script. If you want great pacing within your script, over-descriptive description will be your worst enemy.

Putting together pretty and poetic sentences for scene description isn’t going to elevate your script — it’s actually going to hurt it. Readers aren’t looking for poetry. They need quick and basic information to visualize the visuals through their own mind’s eye as quickly as possible — and then be able to move onto the next, and the next, and the next with no distraction.

Yes, Shane Black famously described a location in his Lethal Weapon spec script as “the kind of house that I’ll buy if this movie is a huge hit.”

While it’s a funny story and some writers manage to break the ice with some wit within their description, a majority of the time the attempted wit is annoying and often comes off as arrogant.

They also lead to actor direction, which is not the screenwriter’s job. You don’t need to dictate when a character (pauses) or when there is a (beat) between their speech patterns. Sure, these elements are applicable during one-ended phone conversation visuals and what not, but most novice screenwriters overuse them.

And if you have a character making an action during their dialogue, put it in the scene description and then return to the dialogue. That’s also an excellent trick to break up your longer dialogue blocks to make it more pleasing to the reader’s eye.

You’re not doing your script or the representation of your writing any good by using expanded vocabulary.

The idea is to allow the reader to interpret the visual as quickly as possible, right? When they have to stop and remember or figure out what a more complex version of a simple definition is, you’re slowing the read down.

While you want your characters to use the right terminology that their knowledge-base would dictate, you don’t want to use overly specific technical terminology in your scene description.

Write tactical machine gun instead of Beretta Mx4 Storm. Write Special Forces Helicopter instead of Boeing A/MH-6M Little Bird. If you need to be more or less specific, do so. Just don’t try to dazzle the reader with your specific research. And yes, it also points to the fact that you’re not in charge of what specific weapons and vehicles will be used in the eventual film.

Consider it a courtesy to whoever is reading your script. They may not know what the heck a Beretta Mx4 Storm is, but they’ll likely be able to envision a tactical machine gun pretty quickly.

Much like number six (Opening Credit Sequences), we don’t need to be told when the Credits Roll at the end of the movie. It’s assumed that they will at some point in the film and it’s not your job to remind us that they will.

If what you’re writing in your scene description can’t be physically filmed, it shouldn’t be in there at all.

Some screenwriters use the crutch of including unfilmable elements to assume the reader will attribute specific characterization to a character.

Pay specific attention to your scene description and make sure everything you write can actually be physically filmed. Anything else is either meant for the delete button or a novel.

All twenty-one of these unnecessary screenplay elements are found within the tens of thousands of screenplays entered into contests, competitions, fellowships, and in the active spec script market. These are common mistakes that can be easily deleted. And deleting them can make your screenplays look more professional, presentable, and attractive to industry insiders. 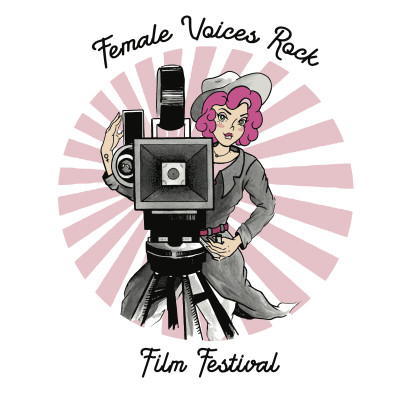