Every year, especially in the fall when Oscar-bait films are released, we line up to see the emotional dramas we know will bring us to tears. It may seem strange that we pay money to experience emotional devastation, but scientists say sad movies are actually good for our brain.

According to one study from researchers at Oxford University, after watching sad movies, people reported better moods, higher pain tolerance and increased endorphins.

Perhaps movies dealing with war, death and loss also reaffirms our core values and help us appreciate what we have. But tugging on heartstrings to evoke waterworks isn’t easy. It takes top-notch writing that doesn’t stray into sentimentality or cheesiness. Here are 10 movies with the saddest endings you’re likely to ever find.

Gus (Ansel Elgort), and Hazel (Shailene Woodley), are two teenagers with terminal illnesses who fall in love. Sort of a like a modern-day Romeo and Juliet only in this story, instead of the Montagues and Capulets keeping the lovers apart, it’s cancer and Cystic Fibrosis. As the two live on borrowed time, perhaps this movie is so emotional because the characters know their love for each other will only last a very short time.

Download the screenplay for THE FAULT IN OUR STARS here for free.

When a hardened boxing trainer reluctantly coaches an aspiring female boxer, a strong bond is formed between the two. Her unexpected death is unexpected and downright soul-crushing, however. Paul Haggis’s script based F.X. Toole’s book Rope Burns: Stories from the Corner is aided by the strong performances of Hilary Swank and Clint Eastwood in the starring roles.

Download the screenplay for MILLION DOLLAR BABY here for free.

Based on the book by Marcus Zusak, this film centers on a German couple (Geoffrey Rush and Emily Watson) in World War 2 who adopt an orphan girl named Liesel (Sophie Nelisse). Both the book and film are narrated by Death, giving an indication that nothing good is going to happen at the end of the story.

7. One Flew Over the Cuckoo’s Nest

This ending is both sorrowful and cathartic. Once R. P. McMurphy (Jack Nicholson) gets the lobotomy, Chief Bromdon’s (Will Sampson) mercy killing is actually an act of kindness. The fact that the Chief gets to escape is an act of kindness he gives himself.

Download the screenplay for ONE FLEW OVER THE CUCKOO’S NEST here for free.

6. Dancer in the Dark

Say what you will about Bjork’s swan dress, her one and only foray into acting offers a brutally sad performance. Bjork plays Selma Jeskova, a mom who’s obsessed with movie musicals and discovers she’s going blind. As she saves money for her son to get surgery so he also doesn’t go blind, she’s gets duped by a cruel neighbor and is sentenced to death for a crime she didn’t commit.

The first time I saw this film, I was in a theater in Los Angeles. As the last scene played out I could hear people to my right gasping, people to my left sniffling and people behind me sobbing. Just as I thought they were all big babies, I felt as if I were struck right in the gut. My tears were hot and intense – it such a powerful scene that crept up on me.

Download the screenplay for DANCER IN THE DARK here for free.

Though a highly fictionalized account of what happened between J.M. Barrie and the Davies boys, the film is an emotional journey into the deeper meaning of “Neverland.” Turns out, it’s not just a place with pirates and ticking crocodiles, but the afterlife.

I cried hard watching this movie the first time, but watching it a second time broke me.

This coming of age film about a boy and his dog likely traumatized many young kids since it was released in 1957. It’s bad enough that Jim’s (Fess Parker) dog gets rabies but the fact that he has to shoot him himself is just so sad. It’s a powerful lesson about what it means to truly love another creature.

In this film, CC Bloom (Bette Middler) and Hillary Whitney Essex (Barbara Hershey), explore the difficult nuances of friendship, particularly as Hillary becomes terminally ill. Just listening to the song “The Wind Beneath My Wings” makes tears well in my eyes.

Forget your preconceived notions about Nicholas Sparks books, this movie will bring tears to even the biggest of cynics. Noah (James Garner) and Allie (Gena Rowlands) die together, holding hands, enveloped by love that began decades ago. If only real life was this sweet.

Two little boys saying goodbye to their dying mom is certainly sad, but the performance given by the young actors, Huckleberry Fox as Teddy and Troy Bishop as Tommy, is what really breaks your heart.

When I began writing this article, I had planned to put this one in second place with Terms of Endearment in first, but watching this ending now, knowing that Patrick Swayze is sadly a ghost, pushes the ending to a deeper sorrow. The Hero’s Journey Breakdown: The Lord of the Rings 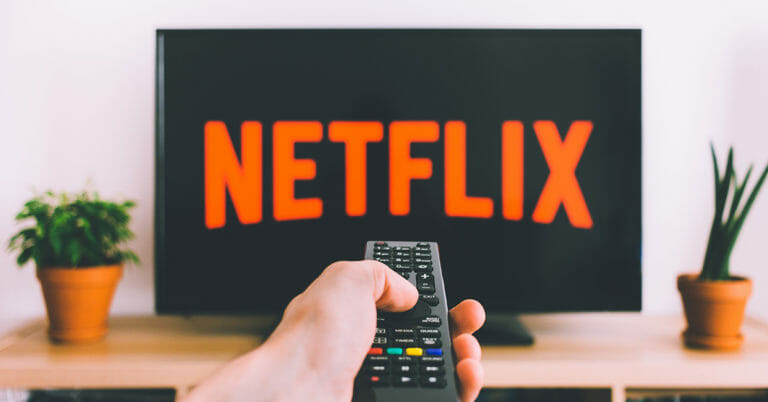 The Script Lab Podcast: Tim Greenberg — Showrunner for Netflix’s LIVING WITH YOURSELF & Two-Time Emmy-Winner for THE DAILY SHOW