By Ken Miyamoto from ScreenCraft · October 8, 2018

What are the tell-tale signs of a bad screenplay?

Believe it or not, script readers want to find amazing screenplays. It’s something they crave, wish, and would figuratively die for. But the hard truth is that a majority of screenplays out there just aren’t ready for the big leagues of Hollywood.

When we say “they” we’re referring to script readers. And when we talk about script readers, we’re not just referring to interns and assistants. Yes, they are some of the unsung gatekeepers within the film and television industry. However, script readers include managers, agents, development executives, and producers.

These script readers are tasked with reading hundreds of screenplays, most of which are horrible or average at best. The lower tiers of script readers (interns and assistants) are obligated to read a majority of each screenplay because they are required to write specific coverage for them, which includes loglines, a brief synopsis of the story, and notes on why the script and screenwriter should — or should not — be elevated up the hierarchy of whatever studio, production company, management company, or agency is involved.

So while these script readers technically have to read your script, that doesn’t mean they stay invested in it. And if they’re not invested in your script as they read and review it, they’re not going to give it that necessary Recommend or Consider that you need to move up to the next level of consideration.

The script reader may be “reading” your screenplay when they’re not invested, but they’re more so scanning it if your script has disengaged them. They’ll get the plot points and character arc points to write the synopsis and offer the notes — and then they’ll write that quick Pass coverage and quickly move onto the next script hoping that they can find something to engage them.

Format is important. It exists to create a universal language to communicate cinematic information as easily and quickly as possible.

A well-formatted script is a sign of a professional or at least one that has put forth the effort to look like a professional. So in that case, it speaks to the writer’s character, work ethic, and experience level.

It’s very simple. Stick to the basics of:

That’s all you need. Yes, you can have some sluglines (lines of brief description written in CAPS to signify essential visuals or pieces of information) and some transitions (DISSOLVE TO, SMASH CUT TO) here and there, but you need to stick to those four basic elements primarily.

Why? You want to convey broad stroke visuals and information to the script reader as quickly as possible without them having to visualize specific camera angles, decipher incorrect or overly-used format, or read through long scene descriptions that belong in a novel (see below).

Every script reader has read seemingly endless amounts of screenplays with bad scene description, bad scene headings, multiple unnecessary transitions (CUT TO), etc. And the worst scripts are those that just disregard the format in general.

They are signs of a writer that is just not ready. There’s no point reading on and script readers on the lower tiers can’t forward those screenplays up to their bosses.

And yes, the hard truth is that poorly formatted scripts almost always mean equally terrible structure, characterization, dialogue, story construction, etc. Not always, but a majority of the time. So don’t let your fantastic story and characters be overlooked because of inadequate attention to detail when it comes to screenplay format.

Hollywood has to utilize any filtration process they can to weed through the thousands of scripts they receive. Consistently horrible or overly busy screenplay format is one of those filters.

Beyond format, this is perhaps the most common issue that script readers run into.

As mentioned above, the format is there as a universal language to convey elements of a cinematic story as quickly and as efficiently as possible. Within that format, the scene description must accomplish the same thing in regards to communicating visuals that the script reader needs to see through their own mind’s eye as quickly as possible.

Long-winded scene description kills the momentum of the read and the script reader’s mind quickly begins to wander.

Stick to one to two lines per block of scene description — and fragments are very welcome. If your script’s page count is above 120 pages, chances are your scene description has at least something to do with that. Less is more.

3. Your Script Is All Dialogue

There are two issues at hand here.

First off, for a script reader, there’s nothing more boring than reading endless dialogue that attempts to be witty, intelligent, shocking, hilarious, or overly thought-provoking.

Spec scripts are already a tough sell. No one is going to buy a script that is a “talking head” indie. Those types of films are primarily reserved for the indie market, mainly in due part because they are easy and inexpensive to film.

Films like My Dinner with Andre and Before Sunrise are anomalies. Those aren’t the type of screenplays that Hollywood is looking for.

Secondly, there is the common issue of newcomer screenwriters relying on the dialogue to tell the story for them. So the script could have an interesting, intriguing, or engaging concept, but if it’s poorly written by using the dialogue as a crutch to tell the story — as opposed to showing rather than telling — you’re not offering that script reader a cinematic experience.

Bad exposition consists of dialogue that:

Go through your screenplays and make sure that the story isn’t being told through the dialogue. Show — don’t tell. And then remember that if you’re trying to sell screenplays to Hollywood, you need to avoid stories and characterizations driven solely by the dialogue alone. Those types of scripts are for the indie market or established auteurs.

4. Ten Pages In, They Don’t Know What the Concept or Story Is

Many screenwriters scoff at this notion, using cinematic examples from other celebrated and produced films that either had slow burn openings or spent the first act building to the major conflict.

What they are forgetting is that these films are more often than not made by already established screenwriters and filmmakers.

When you’re writing on spec in hopes of garnering representation, option, acquisition, or assignment, it’s a different ball game. Hollywood needs to know what your script is about in the opening ten pages (give or take a few, sure).

We take this to the extreme a bit because so many screenwriters don’t get to the concept of their script until well into the first act — upwards of twenty-five to thirty pages in. Unless those pages are spectacular, the script reader has disengaged from the script. And it’s so hard to get them back.

Find a creative way to introduce your concept and the major conflict that your protagonist is going to face. There’s no single answer on how to do that — that’s your job as a writer. If you can accomplish that and manage to engage the script reader while doing so, you’re doing your job. Simply expecting the script reader to hang in there as you give background to your characters and set up their world before you throw them into the fire means you’re not doing your job as well as you need to.

Open with a major conflict — even if it’s just for a moment. You engage a reader by injecting conflict almost immediately within your script. If you can do that, you’re odds of making it through to the next round increase tenfold.

5. Too Many Characters to Follow, Too Many Places to Envision

If you open your screenplay by introducing upwards of ten major characters or more, you’re forcing the script reader to remember each and every one of them and what they have to do with the story.

The same concern accompanies the introduction of multiple locations as well, for the same reasons.

It’s too much for the reader to comprehend. You’re shooting yourself in the foot by forcing the script reader to have to stop the read constantly (pause the movie in their head), go back to prior pages (rewind the movie), and review names of characters and their introduction to remember who they are and what they have to do with the story and each other character.

Most ensembles have just a handful of major characters for a reason. We can only invest in so many per script.

Do your best to condense the amount of major and supporting characters within your screenplay — especially in the opening ten pages of your script. Keep things limited to a minimal amount of locations as well.

Once the script reader is invested in your protagonist, their world, and the world they are going to have to face, you can undoubtedly broaden characters and locations as you move into the second and third acts.

Before you designate that current draft of your script as the final draft, make sure your format is simple, consistent, and correct. Then go through and cut down those long blocks of scene description. After that, check your dialogue and make sure that it’s not overtaking the script or being used as a crutch to deliver bad exposition. When your dialogue is good, make sure that you find a creative way to showcase your concept — and your character within the conflict of that concept — as quickly as possible. And finally, remember to limit the number of characters and locations that the script reader needs to follow. It will help them stay on course. 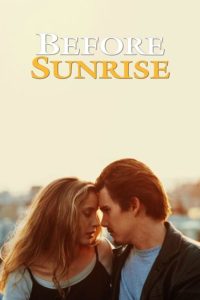