By Ken Miyamoto from ScreenCraft · January 4, 2019

Do you want to read the screenplays of the films in the running for the 2018 Awards Season? Look no further.

The best way to learn how to write screenplays — beyond analyzing movies and writing as much as you can — is to read them. There’s no better education. Read the good ones, the bad, and everything in between.

When you read produced screenplays, you’ll be able to compare and contrast between the read and the viewing of the produced film. You’ll be able to get a sense page length to screen time, structure, and pacing.

When you read produced scripts that are in the conversation for award nominations — Oscars, Golden Globes, Writers Guild, Independent Spirit Awards, etc. — you can learn from the cream of the crop.

Studios and production companies often make their contending screenplays available to the public for a short amount of time during the Fall to Winter awards season. This offers guild members easy access and gets the industry buzzing about the scripts and the films. Once the awards season is over and winners have been announced, the scripts often disappear from studio and production company websites.

Here we offer an ongoing and consistently updated list for the downloads of the 2018 Awards Season Screenplays. Some will get their deserved nominations. Others won’t. Some will win. Others will lose. But we’ll have them all here for you to learn from — as well as many other produced screenplays from yesteryear!

Remember that some of these screenplays are shooting drafts, which will include scene numbers and other elements that should not be included in the spec scripts that you write. Some are also written by either established screenwriters or auteurs that don’t need to adhere to the general screenwriting guidelines and expectations that undiscovered screenwriters should follow.

Note: These downloadable screenplays are available For Education Purposes Only.

A three-part story of Norway’s worst terrorist attack in which over seventy people were killed. 22 July looks at the disaster itself, the survivors, Norway’s political system and the lawyers who worked on this horrific case.

Writers: Paul Greengrass | Åsne Seierstad (based upon the book One of Us by)

All Is True (Sony Pictures Classics)

A look at the final days in the life of renowned playwright William Shakespeare.

A Star Is Born (Warner Bros.)

A musician helps a young singer find fame, even as age and alcoholism send his own career into a downward spiral.

The Ballad of Buster Scruggs (Netflix)

Six tales of life and violence in the Old West, following a singing gunslinger, a bank robber, a traveling impresario, an elderly prospector, a wagon train, and a perverse pair of bounty hunters.

Based on the best-selling pair of memoirs from father and son David and Nic Sheff, Beautiful Boy chronicles the heartbreaking and inspiring experience of survival, relapse, and recovery in a family coping with addiction over many years.

Ron Stallworth, an African American police officer from Colorado Springs, CO, successfully manages to infiltrate the local Ku Klux Klan branch with the help of a Jewish surrogate who eventually becomes its leader. Based on actual events.

T’Challa, heir to the hidden but advanced kingdom of Wakanda, must step forward to lead his people into a new future and must confront a challenger from his country’s past.

The son of a Baptist preacher is forced to participate in a church-supported gay conversion program after being forcibly outed to his parents.

Writers: Garrard Conley (based on the memoir Boy Erased by) | Joel Edgerton (written for the screen by)

Can You Forgive Me? (Fox Searchlight)

When Lee Israel falls out of step with current tastes, she turns her art form to deception.

While serving a five-year sentence for a violent crime, a 12-year-old boy sues his parents for neglect.

Colette is pushed by her husband to write novels under his name. Upon their success, she fights to make her talents known, challenging gender norms.

This contemporary romantic comedy, based on a global bestseller, follows native New Yorker Rachel Chu to Singapore to meet her boyfriend’s family.

A police detective reconnects with people from an undercover assignment in her distant past in order to make peace.

A woman returns to her Orthodox Jewish community that shunned her for her attraction to a female childhood friend. Once back, their passions reignite as they explore the boundaries of faith and sexuality.

Writers: Sebastián Lelio | Rebecca Lenkiewicz | Naomi Alderman (based on the novel by)

An introverted teenage girl tries to survive the last week of her disastrous eighth-grade year before leaving to start high school.

A look at the life of the astronaut, Neil Armstrong, and the legendary space mission that led him to become the first man to walk on the Moon on July 20, 1969.

Writers: Josh Singer (screenplay by) | James R. Hansen (based on the book by)

A minister of a small congregation in upstate New York grapples with mounting despair brought on by tragedy, worldly concerns and a tormented past.

Writers: Matt Bai (based on the book All The Truth Is Out by) | Jay Carson | Jason Reitman

A working-class Italian-American bouncer becomes the driver of an African-American classical pianist on a tour of venues through the 1960s American South.

The untold story of the last days in the tragic times of Oscar Wilde, a person who observes his own failure with ironic distance and regards the difficulties that beset his life with detachment and humor.

A woman in Harlem embraces her pregnancy while she and her family struggle to prove her fiancé innocent of a crime.

Writers: Barry Jenkins (written for the screen by) | James Baldwin (based on the book by)

A father and his thirteen-year-old daughter are living an ideal existence in a vast urban park in Portland, Oregon when a small mistake derails their lives forever.

Decades after her original visit, the magical nanny returns to help the Banks siblings and Michael’s children through a difficult time in their lives.

Mary Stuart’s attempt to overthrow her cousin Elizabeth I, Queen of England, finds her condemned to years of imprisonment before facing execution.

Writers: Beau Willimon (screenplay by) | John Guy (based on the book Queen of Scots: The True Life of Mary Stuart by)

German artist Kurt Barnert has escaped East Germany and now lives in West Germany, but is tormented by his childhood under the Nazis and the GDR-regime.

Based on the true story of Forrest Tucker and his audacious escape from San Quentin at the age of 70 to an unprecedented string of heists that confounded authorities and enchanted the public.

Writers: David Lowery | David Grann (based on the New Yorker article by)

Agnes, taken for granted as a suburban mother, discovers a passion for solving jigsaw puzzles which unexpectedly draws her into a new world – where her life unfolds in ways she could never have imagined.

In a post-apocalyptic world, a family is forced to live in silence while hiding from monsters with ultra-sensitive hearing.

After suffering a near fatal head injury, a young cowboy undertakes a search for new identity and what it means to be a man in the heartland of America.

A year in the life of a middle-class family’s maid in Mexico City in the early 1970s.

A psychotherapist suffers violent nightmares inspired by legendary works of art. Four of his patients, expert thieves, offer to steal the works, since he believes that once he owns them, the nightmares will disappear. He becomes a wanted criminal know as “The Collector”. Who will dare to catch him and his gang?

In 1850s Oregon, a gold prospector is chased by the infamous duo of assassins, the Sisters brothers.

Spider-Man: Into the Spider-Verse (Sony)

Teen Miles Morales becomes Spider-Man of his reality, crossing his path with five counterparts from other dimensions to stop a threat for all realities.

Laurel and Hardy, the world’s most famous comedy duo, attempt to reignite their film careers as they embark on what becomes their swan song – a grueling theatre tour of post-war Britain.

Sorry to Bother You (Annapurna Pictures)

In an alternate present-day version of Oakland, telemarketer Cassius Green discovers a magical key to professional success, propelling him into a universe of greed.

The story of Dick Cheney, an unassuming bureaucratic Washington insider, who quietly wielded immense power as Vice President to George W. Bush, reshaping the country and the globe in ways that we still feel today.

What They Had (Bleecker Street)

Bridget returns home at her brother’s urging to deal with her ailing mother and her father’s reluctance to let go of their life together.

A wife questions her life choices as she travels to Stockholm with her husband, where he is slated to receive the Nobel Prize for Literature.

Writers: Jane Anderson (screenplay by) | Meg Wolitzer (based on the novel The Wife by)

Keep this post in your bookmarked for the rest of the 2018 Awards Season as we’ll keep updating the post as more scripts become available!

Having trouble getting your own future-award-worthy script out? 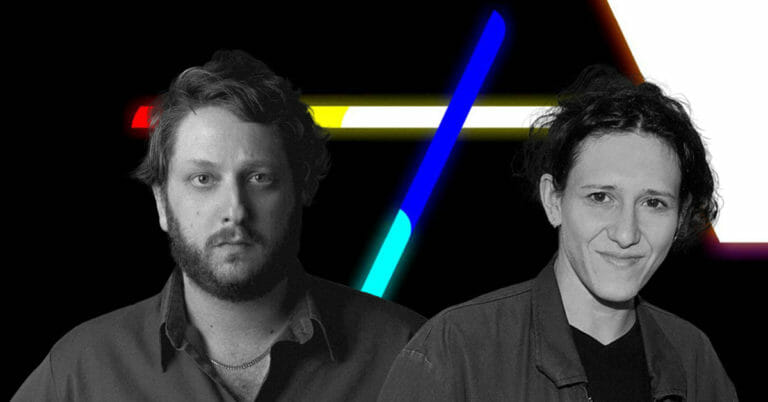