Paul Sheldon (James Caan), the famous writer has just finished his new novel: Misery in the hotel in Silver Creek, Colorado and is leaving the town to deliver it to the publisher. He encounters a blizzard on his way. His car rushes down the roadside by accident and he gets wounded badly. (5:57) Somebody pulls him out of the overturned car and saves his life.

When Paul comes back to consciousness, he finds he is lying on a bed in an isolated house out of town and his broken arm and legs have been   treated well. The person who saved him is a middle age woman: Annie Wilkes (Kathy Bates). She tells Paul she is a nurse and his “number one fan.” So Paul stays in Annie’s home, recovering and waiting for the weather to turn better so Annie can call the people in town to pick him up. Annie takes care of Paul quite well. Though sometimes she objects to the plot of Paul’s novel, Paul doesn’t mind and is still grateful for her. Until one night Annie breaks into Paul’s room angrily and reviles him for “killing” her favorite character Misery in his new book. She tells Paul he won’t leave this place because she never called the people in town. (29:52)

Annie forces Paul to burn his manuscript himself and rewrite the novel to bring Misery back. Paul pretends to be compliant and make a little trick to show Annie the papers are smudging. While Annie is going to town to buy some new paper for him, Paul opens the locked door with a hairpin that Annie dropped on the floor and enters the living room. He wants to call the police but finds the phone is not working. Then he tries to find a way out, but his broken arm and legs are encumbering him from escaping. He has to go back to his room immediately and pretend that nothing has happened before Annie returns. (54:59)

Police Officer Buster (Richard Farnsworth) finds Paul’s crashed car via a helicopter search. He sees the car door was prized up, believes Paul is saved by somebody and still alive. Paul can’t get out of Annie’s control and has to concentrate on his new novel. Somehow he gets inspired by this situation and does a brilliant job. Annie likes the new novel a lot, but she knows once Paul finishes it and his legs recover, he will leave her. So she knocks takes a sledge hammer to Paul’s legs.

Officer Buster become highly questionable of Annie so he goes to her house to check it out. He doesn’t find Paul because Annie injected a sedative into Paul and hid him in the basement. As Buster is leaving, he hears somebody shouting from the basement. He breaks in the basement and sees Paul is there. Annie shoots Buster in the back with a rifle and kills him. (93:41)

Annie is completely despaired and going to kill Paul and herself. Paul asks her to let him finish the novel. Annie allows. Paul finishes the last chapter and lights the manuscript with a fire in front of Annie. (99:45) Annie rushes to save it. Paul knocks her head with the typewriter! They have a wrestling fight and Paul finally kills Annie.

Paul is eventually saved, and his new novel is very popular. He remembers his number one fan Annie, as she becomes his muse for his writing. From that point on, Paul will always feel Annie is with him. 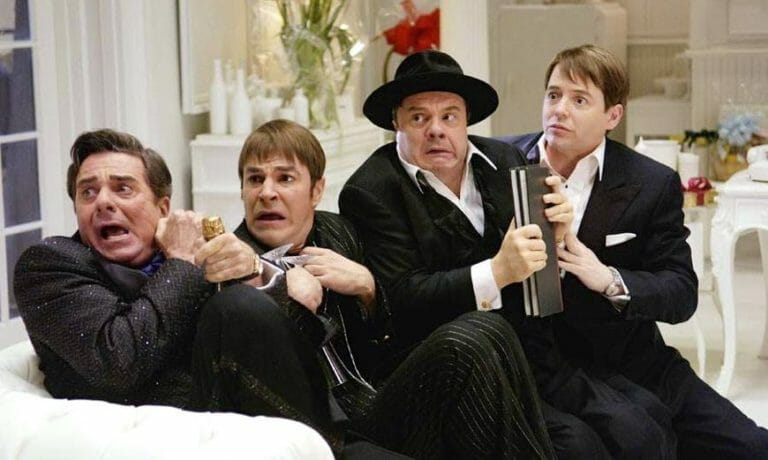