The writer is the first director of the script. That is to say that the writer has already seen the movie in his or her mind’s eye, scene by scene, shot by shot.

But because the writer has seen the film so vividly, down to the smallest of details, one of the pitfalls the novice screenwriter often falls prey to is the assumption that he or she needs to write in the camera instructions so the director, cinematographer, editor, and others can see how the movie should be filmed.

The writer’s job is never to direct on the page, that is to determine how the shot or scene should be filmed. That’s the director’s job, and unless you’re fortunate enough to be directing his or her own screenplay, it is never wise to dictate to the director, cinematographer or film editor how they should do their jobs. You need to write vividly with strong visuals and dramatic action so that the page comes to life for the reader.

Understandably, screenwriters see the film as they write it. They see it in shots – often very specific. But what is a shot? A shot can be quick, long, stationary, sweeping, etc. It can be anything the writer envisions, so essentially, a shot is what the camera sees? And scenes are made up of shots – either a single shot or a series of many.

But the writer should never be concerned about what kind of shots or how many. None of that matters until pre-production and principle photography begins. Ten different directors could take the same script and storyboard ten very different ways to shoot the scenes. One director might use a moving master shot, another might use a combination of a wide and two over the shoulders, and still another might use a dozen different shots, including aerials and inserts.

Clearly, there is an infinite number of ways to shoot a scene, and this should never be in the forefront of the writer’s mind; therefore, you must avoid using too many camera positions such as ZOOM IN, PAN LEFT, ANGLE ON, CRANE SHOT, CLOSE UP, PUSH IN, TRACKING SHOT, etc.

But if the writer visualizes the scene in shots, and a shot is what the camera sees, and you should avoid using camera terminology when writing dramatic action, how then do you write the shot?

Visualize the subject. Then describe the shot. What is important visually will be clear to the reader. And it won’t matter whether the director chooses to use a CLOSE UP, MASTER SHOT, INSERT, or surveillance camera POV, etc. If you’ve done your job, the subject of the shot will still be the focal visual element regardless of the execution of a specific shot. 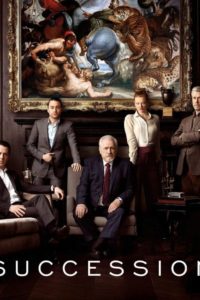