The past decade has brought on a renaissance of independent filmmaking, in a large part thanks to A24. Founded in 2012 by filmmakers David Fenkel, John Hodges, and Daniel Katz, this indie production and distribution company is responsible for not only pushing the boundaries of cinematic art but also ensuring that bold new stories are able to be told.

A24 is named after a motorway in Italy. It’s aesthetically gorgeous with the Apennine Mountains as a backdrop, and since it’s built within the mountainside, it required daring civil engineering. Like its namesake, A24 was created to pave the way for auteurs to explore the open road before them.

Their focus became the artist, just as much as the art they produced. A24 allowed their filmmakers the creative freedom to paint bold, daring strokes of ingenuity. Much of A24’s slate consists of nurturing the visions of emerging writers/directors. The results are evident by the awards and critical acclaim that A24 has garnered ever since.

Here are some of A24’s most illustrious contributions to the world of cinema, each with their own distinctive point of view.

Barry Jenkins is able to deliver visual poetry through images and words alike. The writing in Moonlight offers readers a chance to see what it means for a screenplay to be a work of art. It stands alone as a creation of beauty.

If you look at the scene on page 81 where Chiron sees Kevin for the first time in over a decade, you’ll see what I mean. As a reader, you feel Chiron’s nervousness and the emotional unboxing that comes with the glimpses that Jenkins chooses to provide: Kevin’s neck, his lips as he speaks. When Kevin approaches, your heart quickens — Jenkins even uses the line: “…he looks right at Black, right at us…”

The goal of all writers is to provoke some sort of emotional reaction to their words. Barry Jenkins is able to do this by sweeping the reader away with his beautiful prose.

Lady Bird isn’t based on actual events but functions more as a memory that resonated deeply with writer and director Greta Gerwig. Coming of age stories often center around male protagonists and this is Gerwig’s female addition to the genre.

The main character is rebellious and butts heads against every authoritative figure in her life, especially her mother. She wants to move away from home to the East Coast and sees the world in a perpetual state of the grass is always greener.

What made Lady Bird so popular was Greta Gerwig’s ability to tell her story with a raw authenticity that audiences could relate to. There were times when the main character wasn’t likable, she seemed to stagnate, and although you’re happy that she attained her goal of moving to New York by the end of the film, you can’t help but worry for her well-being as a mother would. The thing is, none of these qualities are detrimental to the story but add to Lady Bird’s multifaceted character.

After the critical acclaim of The Witch, A24 quickly became a home for horror auteurs who appreciate a moody slow-burn with stunning cinematography. Hereditary was writer/director Ari Aster’s breakout feature film debut about a family tragedy that warps into a nightmare as they discover a sinister family secret.

In the script, sequences of drama that draw audiences in are punctuated by disturbing and terrifying genre tropes controlled in a way that subverts the audience’s attention. The information given during the moments of character development makes the audience care more about the character while leading them in one direction only to sneak up behind them with a surprising death.

“The idea was to play with people’s expectations. There’s a complacency that comes with watching a genre film — you know the formulas, you know the conventions, you know the devices and there’s an anticipation of a payoff. But part of the joy of genre filmmaking is, if you have a feeling of mischief, to lull people into thinking they know what’s happening, then pull the rug from under them.”

The way that Aster’s vision of horror differs from his contemporaries is that he’s able to add layers of character depth through a slower pace of development. The notion that the demon inside is only there because of the trauma inflicted upon you by your own family cuts deep.

His themes of familial trauma and pain permeate like a nesting doll from every facet of the script, from story structure to the dialogue

Based loosely on writer and director Lee Isaac Chung’s childhood, the film tells the story of a South Korean family as they try to settle and farm their own little piece of the American dream. Despite multiple struggles and setbacks, the family grows together like the resilient minari seeds planted by their grandmother with the help of their son.

A formatting choice that Chung employs is the indication on the top of page one that the use of brackets indicates dialogue spoken in the Korean language. When using multiple languages throughout the script, the constant use of parenthesis can take up a lot of space and slow down the reader. Simple and consistent formatting choices like this help keep the read smooth.

Minari hits all of the emotional strides with great callbacks that bring the events of the story full circle.

Alex Garland’s screenplay is as sleek as the secluded location with his use of white space on the page, and the script’s form is as inventive as the plot. He makes use of on-screen text in a clear and consistent manner. There are interactions between Caleb and Ava, a humanoid robot with artificial intelligence, that are written as if in code.

The scene on page 60 where Caleb watches Ava undress through surveillance video and she catches him in the act by looking at the camera is written with short bursts like computer commands.

Jeremy Saulnier’s screenplay for Green Room is about as punk rock as the luckless band of characters in the screenplay. A band member unwittingly discovers a gruesome murder at a venue and it becomes a matter of survival of the fittest as the band becomes holed up inside of a green room at a small backwoods venue.

The formatting is as chaotic as the composition of a punk song, and it works. The form matches the subject matter, thus delivering a crazed energy as tension mounts once the tides of the local bar turn against the band members. Songs are sung in italics, emphasis and loud dialogue are in all caps, parentheses are used with abandon, sections are underlined. Saulnier’s writing is an exercise of free will and bursts of creative chaos.

Just like punk rock, every screenwriting rule in Green Room is masterfully broken.

Written and directed by Lulu Wang, The Farewell is a dramedy based partially on Wang’s real-life experience. She developed the idea after she told her story on the radio show This American Life. It infuses cultural themes within the storyline that informs characters of their decisions. For instance, Billi’s choice to maintain her family’s lie about the matriarch of the family’s cancer diagnosis is determined by the practice of collectivism that Billi has to come to terms with since she’s a Westerner.

Wang also uses brackets to signify different languages. For phone conversations, she uses a capitalized slugline to intercut between the locations. As Billi interacts with her relatives, and especially when she’s around Nai Nai, she has to hide her true feelings and Wang demonstrates how so much of the drama can be found in the subtext of a simple action line.

Written and adapted by Emma Donoghue from her novel of the same name, Room is about a mother raising her son in captivity. After being kidnapped, raped, and giving birth to the kidnapper’s son — Ma starts to search for ways that they can escape.

Donoghue does a great job of establishing the situation without giving it all away on the first page. The first thirty pages take place in a single location and the opening page simply paints a picture of this room. The details help us deduce that something might not be right about their living conditions. When Ma sees that her son is awake, she quiets him — as if to say that making a sound could mean danger. Ma tries to give her son as normal a childhood as possible, but a lurking suspicion in the reader becomes abundantly clear when Old Nick appears at the end of page eleven.

Donoghue demonstrates how to deliver details in a way that makes a reader question what’s going on, then leads them deeper into the action with more details that elicit more questions — until finally revealing the dreaded answer.

The Witch is a horror film that doesn’t depend on jump scares or heart-pumping chase sequences. Instead, there’s a foreboding and ominous tone established from the very first line.

In a foreword to the reader, Eggers makes note of the need for every aspect of the film to be naturalistic and rooted in realism. It’s based on a real hysteria that affected real people. He even makes note that much of the dialogue comes ripped directly from his research sources.

By keeping the subject matter completely faithful to the period in which it’s set, there’s a natural displacement of fear between the audience and characters. Contemporary audiences are skeptical of all the script’s religious fervor because of the historical precedence.

We know in hindsight that the witch trials of colonialism were based on an unjust hysteria. In the face of desperation, colonialists turned to their religion to answer questions to life that they couldn’t yet understand. Eggers also knows that audiences came to see a horror film. In all of their superstitions, colonialists wholeheartedly felt that the dark arts were real. Why else would there be drought and disease?

By presenting a supernatural horror through hyperrealism, Eggers is able to root the audience in that world. They begin to believe in the supernatural in the same way as the characters. Authentic world-building in period pieces is thanks to extensive research. The rituals, practices, and behaviors of the characters sell the mystery of whether these settlers are losing their minds or truly cursed.

Bo Burnham stunned everyone with his 2021 pandemic-inspired masterpiece Inside, though if you’ve seen his directorial debut Eighth Grade you already knew he was a genius. Now, if you read the script — you’ll come away with the same assumption.

As a comedian, humor is found in small observations. He brings a nuanced depiction of female adolescence that really brings this script to life. Life as a teenager is hard…add the weight of social media and the expectations that come with it — and it’s exponentially harder. Burnham seems to get that and shines a light on that reality by showing characters between the social media posts.

Each of these screenplays and their films showcases A24’s incredible ability to develop and distribute the work of visionary writer/directors by betting on and encouraging their originality. Their films tell stellar stories with stunning visuals to match — proving that audiences want more than formulaic franchises built on algorithms. A24 shows the beauty, chaos, and genius of all that is human.

Read more A24 scripts on The Script Lab! 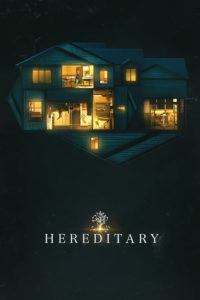 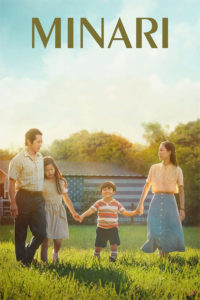 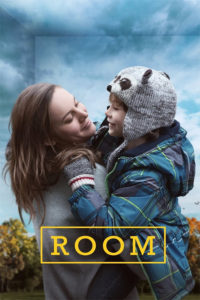 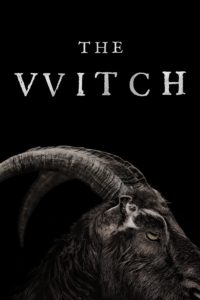