With the much-anticipated release of Dune upon us, Denis Villeneuve is looking out over the horizon — standing alone atop an expansive vista. The possibilities for his next epic voyage stretch out endlessly in all directions.

Villeneuve has approached his career much like an explorer trying to discover every last blank portion of a map. He instinctively gravitates toward narratives centered around characters searching through the darkest corners of human nature — in places most people are too afraid to shine a light on.

By breaking the conventions of genre, Villeneuve has developed a distinct style that explores the brutal truths of what humans are capable of when pushed to their limits.

Here are the films that have set Denis Villeneuve on an uncharted course to save cinema.

For years, screenwriter Aaron Guzkowski worked a normal job in New York City without any industry connections, but at some point, he knew he wanted to be a screenwriter. He conceived of the idea for Prisoners in 2007 and finished the script in 2009. Then started the treacherous road that all spec scripts travel down on their way to production.

By then, Guzkowski had garnered some momentum by placing in screenplay competitions and was able to connect with a manager who responded to his work. Prisoners went through many revisions and ultimately became his calling card, landing on The Black List in 2009. The script was nearly made in 2010, but then again stalled in development.

Of course, the road to production is never easy. Guzikowski said that it felt like the script would never get made. Fortune favors the bold — and the patient. Denis Villeneuve became attached as director and proved to be a perfect fit for the genre-defying character study.

Villeneuve respectfully stayed true to the script, and perhaps that wasn’t hard for him because it fits his brand. It breaks the conventions of the detective who-done-it mystery genre by exploring the psychological effects that trauma has on the characters. The story weaves a dual protagonist storyline together in a maze-like structure as a detective and a father both search for the missing girls.

A lot like much of his work, it features characters blurring the line of good and evil when faced with extraordinary pressure.

Adapted by screenwriter Eric Heisserer as a spec based on the 1998 short story Story of Your Life by Ted Chiang, Arrival was a departure from Villeneuve’s prior two efforts for its lack of violence but it still had his dark signature style as it explored human grief and mortality.

Instead of fighting aliens, Villeneuve sought to understand them. Perhaps by understanding them, we can gain a better understanding of ourselves. A common motif employed by the director is exploring the relationship between the characters and their worlds. They’re often alone in a vast expanse — aliens in their own cinematic universe.

The story structure for Arrival plays on the audience’s expectations that the form matches the function. The alien language, the nonlinear narrative, and time experienced by humans all have an order in a cyclical connection. They’re weaved together in a way that forces both the characters and the audience to decipher it.

Suspending certain answers in order to create a stronger emotional response is one of Villeneuve’s greatest strengths. Each reveal provides an answer while provoking a new question until the action is resolved.

In Sicario, FBI agent Kate Macer finds herself in the middle of a moral void when she joins a task force meant to bring down a powerful cartel kingpin.

In the same way that K navigates the post-apocalyptic landscape of Blade Runner 2049 or Keller Dover searches for his missing daughter in Prisoners, Kate is lost in the murky and corrupt war against the cartel. In an effort to achieve her goals, she’d have to sacrifice her moral integrity and become like the very monsters she’s trying to take down. She searches for a way out without losing her soul.

“I think I’m attracted to subjects that I’m afraid of. It’s a way to approach things I am afraid of, things that bring fear in my heart, and try to understand them, try to deal with them. It’s like demons. I try to approach it and understand it… I’m just visiting my fears.”

Sicario was written by Taylor Sheridan and served as his first writing credit after a long career in acting. He made the transition after turning 40 years old, proving that it’s never too late to break in as a screenwriter.

If there are still any doubters that Villeneuve can breathe fresh life into a beloved classic, Blade Runner 2049 should have already proven them wrong. The director was able to achieve a visual masterpiece that satisfied the fandom while delivering a new approach. He feared tarnishing the legacy, so was careful to preserve and honor it.

The character of K, played by Ryan Gosling, is no different in his quest for answers than Villeneuve’s other protagonists, or by extension, the filmmaker himself. K treks where most men won’t in order to save a fledgling civilization. Sounds like Villeneuve’s mission to save cinema from a cookie-cutter mold.

Written by Hampton Fancher and Michael Green, the script is a great example of how to format dialogue and action lines with technological advancement in mind. The sluglines are underlined with punctuation, important props, imagery, and details are capitalized. There are even directions that move the reader along. It truly is a script of the future.

Enemy is a psychological drama that has a tightly constructed narrative meant to be a challenging exploration of the subconscious. It’s a film with a dual narrative that mirrors itself, about two men who are physically identical but have opposing personalities. They swap or exchange aspects of each other’s lives as their orbit becomes dangerously close to catastrophically colliding.

Readers and viewers are left to question whether the two are different characters or split personas of a single character. This is magnified by the visual style of Villeneuve. He captures his characters seeming to be displaced in the deserted and impersonal spaces of Toronto, emphasizing the loneliness that can be felt despite being surrounded by millions.

Denis Villeneuve has always stood apart from his contemporaries with an unmistakable style that holds value beyond the surface. He’s drawn to narratives that are fundamentally familiar yet are painted outside the lines. He’s an artist with an eye on advancing the medium beyond any limitations imposed by outside forces.

In a discussion with Chloé Zh ao, Villeneuve described cinema as being the closest thing to a dream experience because it can be so immersive. In the same way that we can’t control our dreams, we can only be swept away by Denis Villeneuve’s immersive vision — and hopefully discover some truths about ourselves and the world along the way. 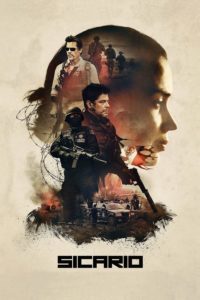 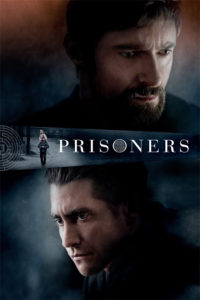