After completing a year of film school, Megan Ellison decided to drop out and travel the world. During her trek through the Annapurna Circuit in Nepal, she must have gotten a glimpse of her future as she gazed out on the gorgeous Himalayas. The landscape is prestigious in its beauty and only accessible if you’re daring enough to make the arduous journey. In much the same way, Ellison would return from her travels with a newfound purpose — to bring that same awe-inspiring aura to the screen.

In 2001, Ellison founded Annapurna Pictures with the mission of producing and financing daring and original films by directors of renown, much like the magnificent vistas of the company’s namesake.

Annapurna has produced screenplays with a similar vision — championing scribes and directors at the peak of their abilities whose words paint a grand horizon of possibilities. Let’s take a look at some of their finest productions.

Spike Jonze does it all, and he started doing all of it while shooting photography for skateboarding magazines. He graduated to filming his peers in action and his trademark filming style of having the camera move with the skater became the norm for skate videos. His short Video Days is legendary in the skating community. Jonze went on to direct iconic music videos like Sabotage by The Beastie Boys. When former father-in-law Francis Ford Coppola passed along Charlie Kaufman’s Being John Malkovich, he found his first feature. A feature, mind you, that nearly everyone else had passed on.

Being a constant collaborator with Kaufman ever since, Jonze was inspired by Kaufman when approaching his first solo original feature screenplay, Her. While working on Synecdoche, New York, he told The Guardian that he saw how Kaufman:

“Wanted to try to write everything he was thinking about at that moment — all the ideas and feelings at that time — and put it into the script. I was very inspired by that and tried to do that in Her. And a lot of feelings you have about relationships or about technology are often contradictory.”

It took him five months to write the script that would earn him an Academy Award and Golden Globe. It’s a daring exploration of what may come from pushing the boundaries of technological advancement and our relationships with our technology.

Barry Jenkins has an innately poetic artistic style, both in his writing and his directing. This was showcased beautifully in the prose of Moonlight and is magnified tenfold in this adaptation of James Baldwin’s novel of the same name. It wasn’t easy for Jenkins to adapt a novel that balances sensual prose with hard truths that come with sacrifice, and the strength in the bond of a black family facing injustice in their own home.

Jenkins uses voice-overs because “Baldwin is one of the premier writers of the interior voice.”

In a refreshing break from formatting norms, he formats the voice-overs in the action lines and puts them in quotations. It reads like poetry over lush visuals. If you’ve never read Jenkins’ work, you really should. His word choice and prose are just as gorgeous as his directorial skills.

“Baldwin had a few voices that he wrote in, and one of those voices was just deeply sensual, innately in touch with human emotions. But also he could be a very, very angry social critic. And I think this book is the perfect fusion of the more essayistic protest novel and somebody who deeply believed in sensuality and love. When I first read the book, or second-read the book, I thought, “How amazing would it be to fuse those two things into a cinematic language?”

The original screenplay for Booksmart was written by Emily Halpern and Sarah Haskins and after circulating around town was chosen to appear on the 2009 Black List. Susanna Fogel was brought on to revise the script, changing the main goals of the protagonists. Instead of being about getting dates to prom, but to attend the prom after-party.

After the revision, Annapurna purchased the script and recruited Gloria Sanchez Productions to co-produce it. Screenwriter Katie Silberman was hired to provide another round of revisions and she thought of a new approach, that the girls realized they studied for four years for no reason and that they needed to make up for lost time by packing it all in one wild night.

This goes to show you that sometimes writers have to step back and let others take the reins. It can be hard to let go of your precious script, but for it to be made — you have to be willing to collaborate. The more minds on an idea, the better the idea can become.

Zero Dark Thirty means thirty minutes after midnight, symbolizing the secrecy and shadows that cloaked the mission to capture and kill Osama Bin Laden. Screenwriter Mark Boal tackles some dark subject matter in his script, and he jumps right into the darkest parts on page one.

Over black, we’re reminded of the visceral reactions everyone shared as the September 11th terrorist attack happened through phone calls made by World Trade Center office workers to emergency dispatchers. Then, the tone of the fragmented calls shifts as the events play out. Not even halfway down the page, we enter a black site where an intense interrogation is underway.

Boal hits the readers with tough questions from the offset, ones they’ll be grappling with throughout the read. How far is too far to get revenge? Is collateral damage necessary to bring about justice? At what point do we sacrifice our morals and commit the same atrocities in the name of freedom?

To continue with the theme of early aughts politics, here’s the sinister origin story of a real-life supervillain, former Vice President of the United States of America, Dick Cheney. Thankfully this script was written and directed the only way Adam McKay knows how by leaving no half-truth unturned.

McKay brilliantly uses a narrator to tell Tricky Dick’s story and reveals who it is at the end. A veteran of the Afghanistan and Iraq Wars who went for a run one day and got run over by a bus. Being an organ donor, his heart is then used as a transplant for Cheney’s. It’s a perfect summation of Cheney’s character, who is willing to literally rip the heart out of his country and reap all the benefits.

Sorry to Bother You

Written and directed by Boots Riley, Sorry to Bother You is hard to define. It’s an absurdist black comedy that has elements of science fiction and social commentary on the effects of capitalism on the soul. The comedy is sharp and each scene subverts your expectations. There’s no telling where the story is going to end up as things get stranger as it goes. It’s a really fun and hilarious script that sits with you long after you digest it.

After finishing the script in 2012, Boots Riley wasn’t just going to sit on it. Instead, he made an album inspired by the story with his rap group, The Coup. He then had the screenplay published in full in McSweeney’s in 2014. If there’s a will, there’s a way — and Riley was able to make it happen.

Written by Eric Warren Singer and David O. Russell, American Hustle is a great example of a script that unapologetically has its own writing style where entire paragraphs are capitalized, the main character narrates with voice-over, and descriptions are left minimal so that a production department head could use their imaginations.

As long as it is consistent and clean, your personal use of formatting is not nearly as important as telling a strong story.

Maybe it’s best to not try and categorize Miranda July as a writer, director, performance artist, author — but instead as simply a creator. As a member of the riot grrrl scene of the 1990s, she brought that same do-it-yourself attitude to the filmmaking world. Her first film project started in an attempt to connect as many women artists as possible. Women would send July short films that she would send back to them as a compilation or chain-letter tape. The project would be titled Joanie4Jackie and acted as film school for July.

Kajillionaire follows the story of a family that gets by off scams and petty thefts. When an outsider is pulled into the schemes, the power dynamics within the familial relationships become strained as the protagonist Old Dolio becomes jealous of her parents’ adoration to this newcomer while learning to become independent.

The opening scene sets the tone for the rest of the script with the bumbling criminals failing to be as sneaky as they think they are as they bicker about the coast being clear. Old Dolio’s actions are overly dramatic and silly as she rolls on the ground and slides along the wall like a bumbling international spy of mystery, which is made funnier in that she’s effective in avoiding detection. The action blocks are dense but the quality of July’s writing keeps the pages turning.

Foxcatcher is a biographical sports crime drama written by E. Max Frye and Dan Futterman. That’s right, this story touches a lot of bases. The most important thing about portraying true events, especially when there are victims, is paying strict attention to detail. In the very first line, the writers introduce Mark Schultz with exacting precision:

The cauliflower ears are a great detail. It shows the physical and emotional trauma that Mark is willing to endure for his sport. The script also has some great subtle interactions between the brothers that take place in the action lines rather than the dialogue lines. If you’re writing a script based on a true story, this is a great script to read.

The Ballad of Buster Scruggs

Written by Joel & Ethan Coen, The Ballad of Buster Scruggs is really the brothers’ ballad to the Western genre. The film is an anthology of six shorts set in The Old West with all of the conventions and tropes audiences have grown to love. There are shootouts, musical numbers, horse chases, fights over gold, even a ghost story — each story varying in tone and delivery.

The script is structured like a storybook that’s opened by a hand that flips through the pages. Complete with a cover page, dedication page, title page, table of contents, vignette, and then the first page of the first story. The transitions between shorts are separated by illustrated vignettes and captions centered, italicized, and in quotations. A great example of this is on page 30. The script is written exactly how you see it on the screen.

Annapurna Picture came close to closing their doors a few years back but they weathered the storm and came out on top — continuing to produce work with writers and directors that showcase the highest caliber of talent. They’ve also expanded into television and video games, proving that the sky’s the limit. With buzz already heating up after the drop of the Pam and Tommy trailer, it looks like they’ll stand the test of time — much like the mountain range they’re named after. 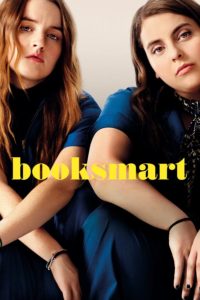 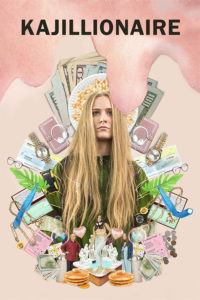