2021 is nearly a wrap. There have been so many great films released this year. We returned to theaters and had unprecedented access to entertainment within our homes. Creativity seems to flourish during uncertain times, and this year’s best feature screenplays certainly are evidence of that. They may vary in tone and execution, but each one of these scripts delivers staggering creativity by the writers.

The past two years may seem like one big blur, so let’s take a look back on the best feature screenplays released in 2021. Keep in mind, more screenplays will become available to read during awards season — so be on the lookout for those!

Certain scripts come alive on the page. When you read them, you become fully immersed in the technique and style. The author’s writing style is distinct, and it’s clear that they’re having fun because you’re having fun reading it. Free Guy is one of those scripts. From the inventive title page to the height of its concept — Free Guy is truly free.

Matt Lieberman wrote the spec script in a matter of weeks and it soon sold to 20th Century Fox before the studio was bought out by Disney. It simmered for a few years, having been originally passed on by director Shawn Levy until the director was introduced to Ryan Reynolds and they revisited the script. Zak Penn helped with the rewrites and the film satisfied audiences of all ages. Talk about thinking outside of the box.

Written and directed by David Lowery, The Green Knight is an epic medieval fantasy that plays out just how Lowery intends, as a filmed adaptation of a chivalric romance — Sir Gawain and the Green Knight to be exact. Chivalric romances are narratives that were told through prose or verse in the noble courts of Medieval Europe. Unlike those fables that romanticized the feats of great men, Lowery delivers a literal fairy tale of a flawed hero.

Bards would recite legends of heroes with exaggerations of epic proportions. Lowery’s The Green Knight adapts this classic tale as if the myths were real. His writing flows with a rich eloquence that perfectly fits the tone of the source material. He explores some of the more fantastical and magical elements of the story with stark realism.

CODA is a coming of age dramedy written and directed by Sian Heder about a talented teenage girl who is a child of deaf adults (CODA). This was a wonderfully powerful film that flew under a lot of people’s radars this year. The film is an English-language remake of the French film La Famille Bélier. The producers approached Heder about not only adapting it for an American audience but reinventing it in a unique way.

Heder decided to set the film in Gloucester, Massachusetts because it is the perfect combination of picturesque Americana and gritty working class. Dialogue written in italics denotes dialogue spoken in American Sign Language, or ASL. While writing the script, Heder learned ASL, considering how much of the dialogue would be spoken through hand gestures. She had two deaf collaborators, Alexandria Wailes and Anne Tomasetti to help her. She also consulted with fishing experts on the local fishing practices.

Originally based on the short story The Forbidden from Clive Barker’s Books of Blood, Nia DaCosta’s Candyman is the fourth film of the series and acts as a direct sequel to the original Candyman (1992). Intellectual property reigns supreme in Hollywood, so it was only a matter of time before the series got a reboot or remake, yet it sat dormant for over twenty years.

Like all great horror legends, Candyman was resurrected when summoned by Jordan Peele & Win Rosenfeld, perhaps the perfect writers to tackle the racial complexities of the character.

The writers make a number of choices in their formatting that are unique to their style, like using a single period as an action line to denote a beat, or using commas and periods instead of hyphens in the scene headings. Little details like that can really bring a freshness to one’s writing style. Consistency is key, but it’s always refreshing to see something new — much like this classic reimagining.

Tom Hanks excels in films with a limited supporting cast. He can carry the whole show with only a volleyball to bounce dialogue off of. But before Mr. Hanks can lend his magic to the screen, it all starts on the page. Originally titled BIOS and written by Craig Luck & Ivor Powell, Finch is a great example of a script that has an epic concept delivered in a limited way.

Finch is a post-apocalyptic science fiction drama that feels low budget because the only characters are the protagonist Finch, his dog, and two robot companions. The first act is mainly located in an underground bunker, at which point the protagonist is forced to flee and try to find life by embarking on a road trip while teaching his droid how to care for his dog when he dies.

For writers who want to see how Luck & Powell approach the post-apocalypse genre while wrapping it up nicely in a sentimental tale about one man’s love for his dog, check this one out. From the opening sequence of Earth’s destruction to the intensity of the storms, the keys are in the details and Luck & Powell do a great job of fleshing it all out on the page.

After becoming a father himself, writer Zach Baylin wanted to approach the topic of parenthood. He soon found himself immersed in researching the life of Richard Williams, the father of Serena and Venus Williams. His spec script placed in the 2018 Black List and was announced to have Will Smith attached to star as Williams in 2019.

The script is a great read for writers who love to tell inspirational true stories about real people overcoming the odds and achieving greatness. It’s a family drama first, sports biopic second — proving that the greatest element in any sports movie is the heart behind it.

It may seem like Judas and the Black Messiah came out years ago, but then again that’s just the sort of year we’re having. Believe it or not, the film was released in February of 2021, and the screenplay earned an Academy Award nomination for Best Original Screenplay.

Written by Will Berson & Shaka King with a story by Berson, King, and brothers Kenny and Keith Lucas, the script focuses on the true story with hyperrealism that pays respect to Fred Hampton Sr. without losing narrative momentum. When a story is based on true events, sometimes those events don’t need much embellishment — sometimes the truth hits harder than fiction.

The writers make an interesting choice in making the antagonist William O’Neal’s narrative engine. The story is told from his perspective. You sympathize with him but ultimately despise him for his actions — creating a complex and flawed three-dimensional character. It very much shows the little tragedies that led to the greater tragedy of the Chicago Police Department’s assassination of the Civil Rights leader. The writers use Hampton’s real speeches and reproduce the audience participation with pinpoint accuracy, making for a hard-hitting script that touches on topics that still resonate today.

When producer Mukul Deora purchased the rights to Aravind Adiga’s novel The White Tiger, Adiga recommended Ramin Bahrani to write and direct the film. Bahrani had them read the rough draft while the two budding creatives were in college. While adapting the novel, Bahrani tried to remain as faithful to the source material as possible. The only problem was, the script ended up being 200 pages.

Cutting the script was no easy task for Bahrani because he loved the novel so much. He considered changing the time period of the film to the present day but decided against it because of how much he would have to change because of cell phones. It would have changed the protagonist’s entire journey. Access to transcending social classes is hard enough — try doing it on a landline.

Written and directed by Edson Oda, Nine Days is a supernatural drama about an arbiter of souls who passes judgment on whether they can enter the living realm.

Aside from footage shown on the television screen, the script takes place within a single location, a small house in the desert. Oda keeps the action moving forward by making use of white space. There’s a musicality to Oda’s writing that perfectly captures the dreamlike tone of the film. He allows the characters to carry monologues and the action lines are crisp and to the point — yet his word choice is ornate and poetic.

Written and directed by Fran Kranz, Mass reads like a play. The parents of a school shooting victim meet the parents of the perpetrator. The subject is timely and allows Kranz to explore deep social issues on a very intimate and personal level. The conflict is palpable from the logline and rightfully attracted strong talent.

Kranz makes use of small details to reveal the character’s backstory. Before we meet Richard and Linda, Kendra is speaking with Linda on the phone. She asks if Richard is staying with her, revealing that they are divorced. When Linda and Richard finally pull up and Kendra meets them, his description of them is haunting. We’re almost led to believe that their son committed the tragedy, but Linda’s insistence on bringing flowers subverts our expectations.

Yes, 2021 has been an exceptional year for film and television. As writers, we can learn a lot from these scripts. The best way to improve your craft is to read the great screenplays that make it through. As awards season creeps closer, be on the lookout for even more great screenplays that haven’t yet been made available to the public. Next up is our picks for the top television scripts of 2021. Stay tuned! 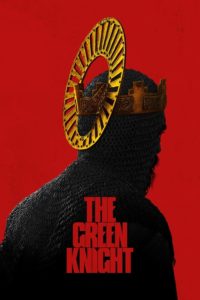 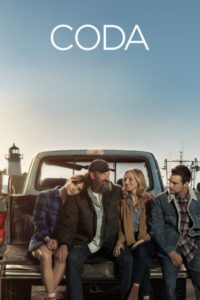