Film is about telling a story. In many cases, it’s a big story — one that magnifies the things that make it interesting. Even more so, the best films take familiar movie tropes and put their own spin on them. We see a lot of that in movies made by FilmNation.

This company, which is behind the production of films like 3000 Years of Longing, produces, finances, and distributes stories that are not only bold but transgressive, bucking norms and taking cinematic narratives to unexpected places.

If stories like this interest you, it’s a good idea to have a look at some of the FilmNation scripts that we have in our library — including some critically-acclaimed science fiction, biopics, titillating dramas, and more!

There might be many whodunit films that have a flair for the dramatic, but Knives Out puts a modern spin on that movie trope. Not only does the film employ a multi-star ensemble, but many of the characters of the script offer eccentric or surprising personalities for the celebrity cast to embody.

This all starts with Rian Johnson’s well-paced dialogue, much of which is suited to the characters in kind — be it the grandeur of Blanc’s own vocabulary or the theatricality of the actions that take place throughout. Take what makes an Agatha Christie novel charming, and dial it all up to a 10 — that’s what you get from reading or watching Knives Out.

Yet another film that turns a major movie trope on its head: namely, the time loop. The jaded and self-aware approach to this narrative features two characters undergoing the time loop, making it rather unique from its predecessors. This factor brings a refreshing perspective — two, actually — despite the film being a time loop comedy that features a regularly selfish individual much like the eternally famous Groundhog Day.

It’s the intelligent maneuvering of a focus on both Nyles and Sarah, rather than just one character, that makes the lessons learned much more organic and less forced than the one-sided romance that arises in its spiritual predecessor. It’s time to start reading this script and get into a truly modern time loop story.

The romantic comedy genre often gives people the urge — and a good reason — to ask for something fresh. The Big Sick provides exactly that: first it’s a “Will the parents like me?” story, but the movie trope soon evolves when Kumail’s left to bond with Emily’s parents while she falls into a coma.

The tilt of adding this dramatic element doesn’t go lost on the audience — in fact, it brings you closer than ever to the story in a way that reinvents how people feel about a good old rom-com.

The biopic and history film genres often get to shine a light on some unremembered facts about people who changed the world. Alan Turing is one of those people, but the way that The Imitation Game plays out is different. While many heroes of such biographical films see their hardships eclipsed by a great success in the end, Turing’s own story flips that around.

A celebrated hero in his own right, this hero’s biopic upheaves his success with the final nugget of historical truth. That is, his country dishonored and disgraced him by sending him to prison after learning he was gay. Despite all he’d done for the safety of his people, it’s this chief betrayal by Great Britain that snuffs out a heroic spotlight on the man who broke the Nazi Enigma code.

This film will definitely give you a surprise or two. It’s a revenge tale, no matter what anyone says — but it isn’t conventionally so. Be warned: Don’t let your guard down. This movie will offer a shocking development or two before the whole thing is said and done.

The protagonist Cassie’s tale as she avenges her friend is one that demands every ounce of your attention, whether you’re scared of her resolve — or you admire it. I really don’t want to spoil it for y’all, so just be ready to read it — or watch it — for yourself.

Shrewd businesspeople tend to be a part of the cinema zeitgeist now — especially the ones that did someone dirty in the end. But it’s always more rewarding when you get to see the truth about one such businessman, whose gains became the emblem of a nation.

Before there was Facebook, there was McDonald’s, and to this day the franchise empire has a reputation that can only be fully understood by watching this biopic. Read The Founder to learn about how Ray Kroc clawed his way up from his own sales job to the seat of a multinational conglomerate. You’ll see something really unique about this film, though: It’s an advertisement, to some degree.

While it’s still a heartbreaking story about people (the McDonald brothers in particular), it’s also a case study for why fast food makes people rich — and a reminder to many of how close the nearest McDouble is from their home. The film only makes that feeling of positive reinforcement more potent, which again is a unique thing for the business biopic.

Do you ever think about what people hope for when they dream of a better life? Do you consider what’s on someone’s mind when they wish for a chance to be successful? If you’re in America — New York to be exact — and it’s 1981 or any time afterward, you’re about to see the reality.

There’s an assumption that success is made by working your way to the top, but in A Most Violent Year, that idea slowly merges with another: the idea that compromised morality may indeed take you farther than hard work would. In other words, A Most Violent Year takes a huge spin on the American Dream as it was conceived and sold. Instead, it shows a refreshing reflection of what it sometimes takes to “make it” in the near past and the present.

It’s important to know how to turn something tried and true, like movie tropes, into something big, new, and special. FilmNation has done and distributed a lot of that — as you can see above. If you’re dying to learn more about how to put your own spin on the usual stories, read more FilmNation scripts here! 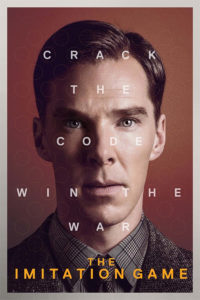 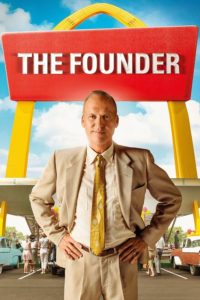