Be it in an imaginary world or the world we call our own, Tim Burton movies are known for taking place in worlds that seem nightmarish but strangely nostalgic and familiar. However, there’s another calling card he inserts into any movie and any world he creates: his characters.

Burton’s characters often look outlandish, be it Ed Wood’s eccentric Bela Lugosi or the creatures beyond the veil in Beetlejuice. However, the Burton touch isn’t limited to physical characteristics — the characters’ personalities stand out as well, and through his direction, live-action and animated characters alike become unique and potent enough to carry the stories he has in mind. In the scripts below, you’ll see just how unique and potent the characters are that get brought to life by Tim Burton!

Tim Burton’s love for stop-motion was clear in his work producing films like Henry Selick’s The Nightmare Before Christmas and James and the Giant Peach. However, the very first stop-motion feature he directed himself was Corpse Bride, whose palpable flourishes of movement and character design showcase a bit of that same charm seen in those previous films. A stark gothic appeal to the world itself makes this romantic fantasy truly feel like it’s set in the Victorian period. That’s all the more clear in the ways that the characters’ extreme designs are portrayed, with art that emphasizes sunken eyes, exaggerated facial structures, and even deathly blue skin.

Significant use of tools like low-key lighting and palette changes make the difference in worlds clear not only to us, but to Emily and Victor. This film is full of vivid images, especially if you’re remembering the demonstrative features of Emily’s warm expressions (despite the whole corpse thing) or Barkis’s menacing, penetrating face — with a distinct, outlandish chin to really hit the nail on the head.

Ed himself (Johnny Depp) presents as an eccentric icon of real-world history — his facial expressions being almost as wild and uncanny as his taste in moviemaking. Ed Wood’s own presence cannot hold a candle to that of Bela Lugosi played by Martin Landau. Tim Burton’s vision here presents the monster movie star as a heightened theatrical spirit in many ways, and it’s the chemistry of Lugosi and Wood that helps to maintain the inherent feeling of strangeness that Burton’s characters are meant to exemplify. Each of them still honors the original historical figures, but there is life here that stands out all the more thanks to Burton’s own hand. This story also makes use of black-and-white color as a means to dramatize the world and the characters alike — a measure that is clearly successful and fits well within the goals of the usual Tim Burton masterpiece.

This narrative features an all-star ensemble cast and a staggering amount of dark humor. The willingness to cross lines, draw new lines, and set those lines on fire is all part of the experience in Mars Attacks! Much of the humor deals with the unexpected nature of certain actions and artifacts in the story, such as a “killer” handshake or the unexpected way in which the Martians become capacitated. But more than that, the cast themselves stand out, with many of the all-star celebrities in the film being given license to bring really unique or distinct characters to life. Then, there’s the matter of the Martians themselves. The initial hope for Mars Attacks! was to create the aliens through stop-motion animation like other Burton creatures of renown, but that job soon went to Industrial Light & Magic. They are indeed still different from the usual non-human characters that Burton’s created in the past, but the Martians that came from this process are still very recognizable. In that way, they’re still a uniquely “Tim Burton” creation.

Once again, a story from Tim Burton is brought to life through stop-motion animation. In fact, The Nightmare Before Christmas is one of the most well-known iterations to this effect. However, while he came up with the original story, Burton didn’t direct this famous holiday flick. Instead, it was Henry Selick that helped bring this narrative to life, as both a film and a musical. Selick is responsible for the vision of outlandish designs for Halloween Town residents, including the memorable Jack Skellington himself, who to this day has served as inspiration for many a Halloween costume.

But as will all good movies, it starts with a vision from a writer: fantastic story, and that story started as a poem by Burton himself. Without his inspiration and his efforts, the film we know and love for its whimsically gnarled world would not exist.

Beetlejuice is the name of a film that blends the gruesome, cartoonish mind of Tim Burton with the desperation and depth that he explores in live-action characters. Whether it’s the iconic suits the bio-exorcist wears or the other unpleasant faces beyond the veil, there’s a lot to take in for the couple that finds themselves “recently deceased.” Burton’s eagerness to explore the macabre is accented by his ability to showcase such dark subject matter in a carefree and disturbing way — two words that only go together in a Tim Burton film. Namely, in a film like Beetlejuice.

If there’s a movie that can account for the esoteric interests of Tim Burton more than any other, it’s probably Edward Scissorhands. A very human story with a character whose body is exaggerated, this film explores the question of what makes someone a human. It also explores the meaning of being born — or made, in Edward’s case — imperfect, with things that set him apart from the norm. The questions of belonging and the feeling of loneliness all come from Edward’s body itself, making the eccentricity and oddness of his form the main subject of the film. Since form and character eccentricity are core to Tim Burton’s approach to filmmaking, it’s clear that Edward Scissorhands — and the themes it explores — proves quintessential of Burton’s usual process.

Carefree and disturbing is a great combination of traits to describe what much of Burton puts on screen. The screenplays he’s drawn toward do much the same thing, but through his artistic vision that can come to life. Whether it’s through animation or live action, you can see the exaggerated bodies, the uncanny expressions, and the fantastical creepiness of Tim Burton’s characters, which make up the world quite well. These creations may all look different, of course, but they all inherently feel unique, distinct, and recognizably Burton-esque! 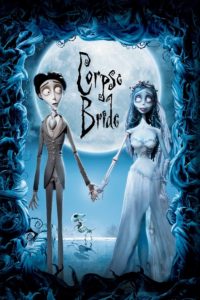 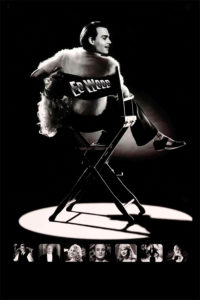