When we throw down our hard-earned money to watch a romance, we want to see a rich, romantic arc played out in its entirety, from swoon-at-first-sight to the cue-the-orchestral-swell at the end. We want that feisty “meet-cute,” the sexually charged complication, that heart-breaking choice, then love’s great reveal. We want that big emotional payoff (where that orchestra heats up), and finally, the happy ending – hearts and flowers and love all around. And we want lots and lots of romantic scenes in between. The problem?

Romantic scenes are tough to write!

Nevertheless, for those attempting to write a romantic film or TV show, they are unavoidable. So, light some candles, turn on that fireplace, put on some romantic music, and slip on your… well… your… fine – your old sweats with the hole in the butt and let’s get busy.

Know the Difference Between a Romantic Scene and a Love Scene

The basic rule is if it is romance, emotions are involved. And love scenes = sex, and sex is, well, sex. Emotions between two characters inform their arcs. Romance can lead to sex, and sex is the payoff. Romance is the connection that forms in the time between love and sex (a.k.a., your narrative). And it’s how we get our audience emotionally invested in our characters. Just ask Mr. Darcy and Elizabeth Bennett in Pride and Prejudice.

Ask Yourself What Works for You (and Your Friends)

If you are jaded and bitter like me, and your romantic boat has long since sailed… then caught fire and sunk, writing a romantic scene is akin to sticking needles in your eyes.

Try visiting your vault of past romances and you may just find some nuggets of romantic gold and a memory of how it feels: That first kiss under a moonrise, slow dancing in the Paris Metro, the midnight train ride from Amsterdam to Nice with a handsome stranger with just a baguette, some cheese, and a bottle of red. (Sigh.)

Access your own emotional memories, however remote, then express them through your characters. And if this doesn’t work, ask your friends. Everyone has a story. And for the few that don’t… step away from the video games, take a shower, and brush your teeth!

I’m begging you, stay away from sappy, sticky sweet, schmaltzy contrivances and, for the love of god, MELODRAMA! Because nothing kills a romantic scene faster than a train station goodbye with a stringed crescendo and a character saying, “Kiss me, you fool. Kiss me like it’s the last kiss on earth,” or “I have loved you since before time existed,” or god forbid, “You complete me.” (Sorry. Personal opinion.)

Have you ever noticed how watching characters not touch but almost touch can be more emotionally provocative to an audience than watching them actually full-on make out? Try building romantic tension into your scenes for a greater payoff when that kiss finally comes. Make use of the quiet moments; the silences, the stillness, the spaces between the words that say so much more. Allow the feelings and the attraction to be in the implication. Sometimes the most powerful romance is in what’s hiding beneath; in what isn’t said. Just ask Al Pacino as he dances a seductive tango with a beautiful, young woman in Scent of a Woman.

If you want to really bring out the big guns, delay the kiss. Make them wait. In films set in the Victorian era, when courtship ruled and a kiss meant wedding bells, the payoff is held back until we can’t bear it anymore. There’s a wonderful tension and intensity created when you spread out that space between the realization of love and the physical manifestation of it. The greater the space, the more romantic your scenes and emotional payoff. Just ask Cher (Alicia Silverstone) and Josh (Paul Rudd) in Clueless.

Subtext is Worth a Million Sighs

The most powerful piece of romance, in general, is all that happens before that kiss. Just ask Eleanor (Emma Thompson) and Edward (Hugh Grant) in Sense and Sensibility wherein, in hopes of doing the right thing, they fight their true feelings in scenes charged with subtext. It’s what they don’t say that’s so meaningful – so that when Edward is finally free to profess his love, Eleanor bursts into tears at his declaration.

Tell me you didn’t burst into tears as well!

No, romance isn’t dead, and anyone can write it – even the jaded and bitter. 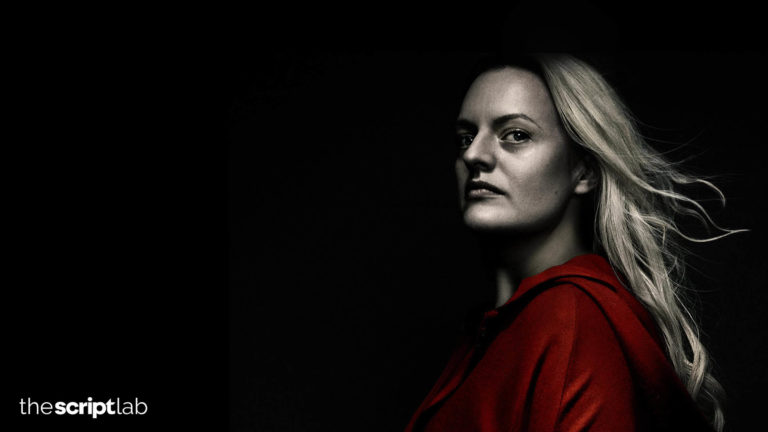