Little Miss Sunshine changed the industry. It proved an indie film could enter the Oscar race and that it could win. Screenwriter Michael Arndt took home the Best Original Screenplay Award in 2007 for his simple yet complex script.

I’ve always been a fan of his work, how he encapsulates humanity in his characters and explores it with unrelenting bravery. Even in Toy Story 3, he proves toys can be people too. He’s speaking this week at the Toronto Screenwriting Conference, a two-day event that mentors industry professionals and offers them education on their craft.

Lucky for me, I had my own personal session with Michael, getting to chat with him for nearly an hour on the phone. He’s found immense success, his work in indie film taking him to a gig co-writing The Hunger Games: Catching Fire and working continuously with Pixar. We talked about his journey from making his own work, to working on others and everything in between. But he was all the while eager to expose just how much perseverance it takes.

ATW: Michael DeBruyn is your writing pseudonym. It’s like you’re a screenwriting super hero. Why the double identity?

A: I’ll begin by saying I spent 4 years writing Little Miss Sunshine and 3 years writing Toy Story 3. In both cases I was the first and last writer on the project. After I left Pixar, I started doing a lot of script polishing jobs. I worked on Catching Fire and Oblivion and they came back to me and said that I had done enough work that they would give me credit on them. It felt like in that case it wasn’t my original story and then there had been other screenwriters from the process before and afterwards. Spending a few weeks working on a script as a craftsman as opposed to 3 or 4 years as writer, they felt like different kinds of writing. It was something that should just be clarified in my own mind.  I’m trying to help out someone else’s story.  On the other hand, it’s more something that has my own voice in it.

ATW: You wrote Little Miss Sunshine in 3 days then spent quite a while revising afterwards. Is this how you continue to write? Do you advise getting it all out and then going back to edit?

A: Try and hold back as long as you can before you sit down to write your first draft. The hard work of writing is getting all your ideas lined up. Once you finally decide you want to put pen to paper, it’s better to go all the way through no matter how it comes out. I do feel as though there’s a universal optimism about how long it takes to actually write a decent screenplay. I feel like it takes longer than most people realize to actually come up with 100 or 120 pages that are rock solid.

ATW: You really write across genres, tackling animation and franchise films. Do you put on a different writing hat to tackle different projects?

A: Not really. I feel the essential narrative dynamics all pretty much work in the same way. In some cases you have more license to add humor to the story, in other cases you can try and people will take it out! It always goes back to who the character is. I never subconsciously change my approach.

ATW: That makes sense because even your characters that are toys are incredibly real.

A: Pixar doesn’t have their actors putting on funny voices. They don’t do whacky cartoonist voices. You’re asking the actors to approach them as real people.

ATW: You co-wrote Hunger Games: Catching Fire with Simon Beaufoy. How was it working with a partner?

A: One of the perks of Hollywood is that people who are co-credited on screenplays seldom work together. The studio is usually replacing one writer with another. It’s a pet peeve of mine. I knew Simon just because we had met before. I admire him tremendously. Once I had been hired I was mostly just working with Francis Lawrence [the director] and the novelist [Suzanne Collins].  For some reason the way writing has developed in Hollywood is you can have 12 writers on a project but it’s all sequential. They usually never meet each other.

A: It is crazy! My experience at Pixar is you could have 5 very smart writers together but the organic intelligence is always smarter than the one person in the room. More than the sum-of the-parts affect.

ATW: Was it different working with a big studio on a project?

A: The only real restriction you feel in all these situations is the pressure of time. When I came on board on Catching Fire they were 12 weeks away from shooting. We only had a handful of weeks to go back and try and make those changes. It’s incredible to sit in a room in front of a handful of incredibly smart people and try to hammer out the script. It’s very empowering. As a screenwriter I get credit for the writing of it, but a lot of times there’s a consensus in the room that’s driving the process.

ATW: You were a script reader as well as assistant to Matthew Broderick before taking on writing yourself. What was the benefit of these two positions in the industry?

A: This is back before the Internet and you can get any screenplay you want. Back then it was hard to get your hands on screenplays to see how it’s done. I worked at William Morris as a reader and you just had access to a library of those screenplays. Then the thing about working for Matthew is that I was able to read all the screenplays that he was sent as an actor. You get a sense of what the quality of writing is out there.

ATW: And was the quality bad?

A: Yea! But I remember reading Election, sitting on the subway. There’s something about this screenplay that’s not like any other screenplay. I remember saying to Matthew you should really take a look at this.

A: Do you remember any scripts you read that have remained an influence on you?

A: This sounds silly, but there was a moment reading When Harry Met Sally, where the phone conversation continues underneath the scenes. It was a liberating moment because you don’t have to show your characters moving while they’re talking. You can cut to anything you want.  One of the reasons I respect Simon [Beaufoy] so much on 127 hours is [the moment] when they split the screen and there’s flashback and flash forward. I’m like did they find that in the editing room? When I met him he said it was all written! He divides up the page so that he tells you what’s going on. Holy cow is it cumbersome to write it on the page and get it to work!

ATW: You attended Tisch School of the Arts at NYU. What has been the greatest benefit of your schooling there?

A: There’s no substitute for sitting down and actually doing. To use a stupid analogy, you can read as many books about surfing as you want, you have to paddle out in the waves. There’s something valuable about going to work within the industry, you’re learning the vernacular of how people talk about stories. You learn things that you could never imagine if you were trying to be a writer on your own.

ATW: You’ve got Inside Out coming up with Amy Poehler and Mindy Kaling! How was it tackling animation again and from a female point of view?

A: Little Miss Sunshine, Catching Fire and Inside Out– I’m doing a lot of female protagonists! I spent a year at Pixar working on Inside Out and it was great. It was both a brilliantly creative idea but also incredibly challenging because you’re building a universe inside the mind of this little girl. I left that project in early 2011, knowing the Pixar process, there may not be a single word written that remains in the final script! They’ve had writers work on it since then. I’m interested to see what they come up with.

A: Because I used to have back problems and if you’re sitting at a desk for 8 hours, physical comfort becomes a distraction. I bought a chair that reclines all the way back! People used to make fun of me at Pixar! I look like one of the creatures in Wall E. If you really are committed to spending 8 or 10 hours writing, it’s great to have a very comfortable chair that’s not putting pressure on any part of your spinal chord.

[In a refreshing moment, Arndt offered a final bit of advice. I didn’t even have to ask].

A: I wrote 10 screenplays before I sold Little Miss Sunshine. I thought no, I’m smarter than everyone! But again, there is sort of no substitute for putting the time in. In my case, it’s 100 percent the truth. From the time I seriously decided to be a writer till I sold my first screenplay was 10 years. My one thing: be persistent but also be patient. 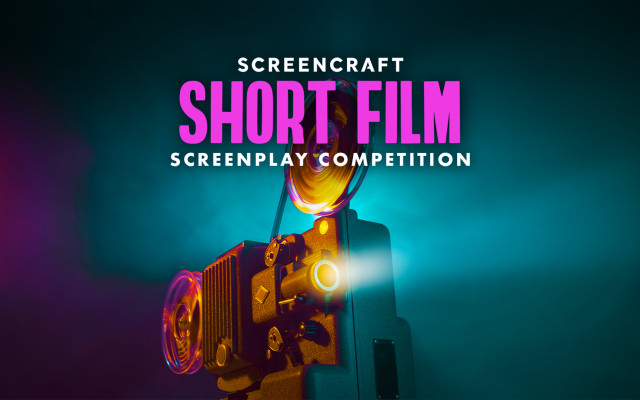