Crowdfunded Publishing and the Writer’s Vision

As a veteran screenwriter, Patrick Sheane Duncan is used to hearing suggestions, some mind-boggling, about his work.

With his script for the 1995 thriller Nick of Time, some suggested removing the 90-minute ticking-clock element pressuring the protagonist later played by Johnny Depp. When he shopped around the script for Courage Under Fire (1996), studios wanted a romance between the Army investigator later played by Denzel Washington and the potential recipient of the Medal of Honor (Meg Ryan, whose character is dead when the movie starts).

So when Duncan hatched the idea for Dracula v. Hitler, a historical fantasy that hearkened back to the B-movies shown at the theaters he managed in his youth, he thought a novel was the best form. He pictured vampire hunter Van Helsing as an aging Resistance fighter during World War II who unleashes Dracula to confront the greatest evil the world knew at the time in Adolf Hitler—a storyline that might appeal to fans of mashups like Pride and Prejudice and Zombies.

Imagine his surprise when the publishers he pitched wanted to tinker with the premise like a film studio would. Did it have to be set during World War II? they asked. Could Dracula be a teenager?

“It used to be you delivered your book, and they helped to make that book better,” said Duncan, who wrote the novelization for Courage Under Fire, as well as the novel A Private War. “I started writing books to avoid that, and I ran into the same problem.”

So Duncan turned to a crowdfunding publisher to help him realize his creative vision. The unusual business model—which has attracted other screenwriters-turned-authors—combines what authors like about self-publishing, such as creative control over their books, with the services of a traditional publisher such as printing, distribution, and marketing.

A friend of Duncan’s heard about the success that screenwriter Gary Whitta (The Book of Eli, After Earth) had publishing his debut novel, Abomination, through the crowdfunding publisher Inkshares and suggested Duncan pitch Dracula v. Hitler there.

So far, so good: 568 people have pre-ordered the 441-page book. An electronic version costs $15; readers receive an e-book and signed hardcover copy for $30. Either package includes access to drafts and updates from the author and free shipping within the US.

At the first 250 copies, the book received an ISBN number and limited distribution, which included being sold on Amazon.com. Once the project reaches 750 pre-orders, the book goes through a publishing process similar to that of a traditional publisher, including an offset print run, marketing, and distribution into bookstores nationwide.

Dracula v. Hitler has until late February to reach this goal. Felicia Day, the writer/actress/producer perhaps best known for the web series The Guild, likes Duncan’s concept and as incentive has agreed to include a signed headshot of herself with each $30 hardcover package.

As additional thanks, Duncan, who earned a Golden Globe nomination for Best Screenplay for 1996’s Mr. Holland’s Opus, said he’ll include screenwriting tips.

He’s enjoyed the interaction with readers on the book’s pledge page and watching the project take shape.

“I’m just interested in new ways of doing things,” Duncan said. “I like the idea that different voices can be heard.”

The concept of crowdfunding books has been around for the past few years, with writers such as journalist Lee Carlson (the memoir Passage to Nirvana, about surviving a traumatic brain injury) funding the design and publication of their work using Kickstarter or sites such as IndieGoGo.

But more recently, traditional publishers such as Pentian, based in Madrid and the US, have expanded to offer self-publishing options as well as crowdfunding. Meanwhile, other crowdfunding publishers have launched, such as Unbound in the United Kingdom.

Each company offers authors (and some readers) a percentage of royalties, according to their websites.

Incorporated in 2013 and based in San Francisco, Inkshares in 2015 signed with United Talent Agency, which represents all underlying rights from future Inkshares book deals. Although any writer can post a pitch about a project on the Inkshares website, the UTA partnership drew into the Inkshares fold James DeMonaco, writer of The Negotiator and writer-director of The Purge series, as well as Whitta.

DeMonaco plans to launch his crowdfunding campaign in the next few months for a children’s book, The Curious Chronicles of Jack Bokimble and His Peculiar Penumbra, about a boy with a magical shadow. Interested readers can visit the project’s Inkshares page, where DeMonaco has posted the first chapter, and read reviews from actors Ethan Hawke and John Leguizamo. Those who click to “follow” the project will be notified when the campaign launches.

Whitta, who has a story credit on the film Rogue One: A Star Wars Story, due out in December, successfully crowdfunded Abomination in July 2015. According to Inkshares, 9,130 people ordered the book, which now sells as a 352-page paperback, hardcover, and e-book on Amazon.

Set in England after the fall of the Roman Empire, Abomination weaves together the story of a plague of monstrous beasts, a cursed knight, and a female warrior. Whitta said he thought the historical content and violence might make it a tough sell to a film studio, let alone a traditional publisher, and was prepared to self-publish the novel when UTA suggested Inkshares.

“As a writer, you just want to tell your story. A book would be more of a frictionless route to an audience,” he said. “As a screenwriter, for everything I’ve written that’s been produced, there are twenty unproduced scripts that just sit on a shelf. That’s kind of depressing.”

He enjoyed the online feedback from prospective and current readers, as well as the e-mail alerts whenever someone bought the book so he could thank them personally. “The transparency is really remarkable.”

Whitta likened any creative enterprise to an hourglass, with content creators in the top bulb, potential audiences at the bottom, and gatekeepers, or “all the people in suits,” in the narrow part where the sand flows. A crowdfunding model allows more creative projects to find their niches. “The great thing now is, in the age of the Internet, that bottleneck is going away,” he said.

But that doesn’t mean that every crowdfunded project is a guaranteed success. Before working with Inkshares, Whitta sought advice from self-publishing successes Hugh Howey, creator of the sci-fi series Wool, and Andy Weir, author of The Martian, which Weir originally published as a free serial on his website.

Weir told Whitta that building an audience first is key: His readership, which he built before unspooling The Martian, suggested he sell the book on Kindle. There, it became a best-seller, attracted a literary agent, and evolved into the Oscar-nominated film starring Matt Damon.

Whitta said he had enough of a following on social media and among sci-fi and horror fans thanks to his other projects, which include writing for The Walking Dead: The Game, to help Abomination become a reality.

He continues to work in film, but he loved having control over Abomination’s story from start to finish. “Probably more than anything else I’ve written, I can point to that and say, whether you liked it or didn’t like it, it’s all me.” 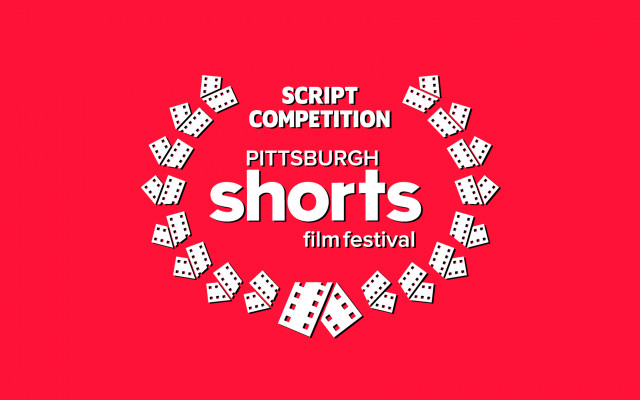 Review: Chi-Raq has Chicago on the Mind